The situation in Honduras is very strained while the Organization of American States (OAS), the European Union and the United States are turning a blind eye to numerous violations in the country, former president Manuel Zelaya said in an interview with Sputnik.

Honduras is voting on Sunday, November 26 in a presidential election. Three candidates are participating, with incumbent and US-friendly leader Juan Orlando Hernandez being the most likely to win a second term, according to polls.

"Children of the coup are ruling Honduras. They have established a repressive, military and authoritarian regime. They violate human rights. They have beggared the country. And the US has been covering up for this dictatorship," the former president told Sputnik Mundo.

He was toppled during the 2009 constitutional crisis, in a coup that was supported by Hernandez.

Zelaya pointed out that the situation in fact stretches beyond Honduras and has spread across other regions.

"There is no separation of powers and no freedom of the press. 99 percent of the media is controlled by the state. Church and non-government organizations are state-controlled too. Meanwhile, the military remains silent," the politician said. 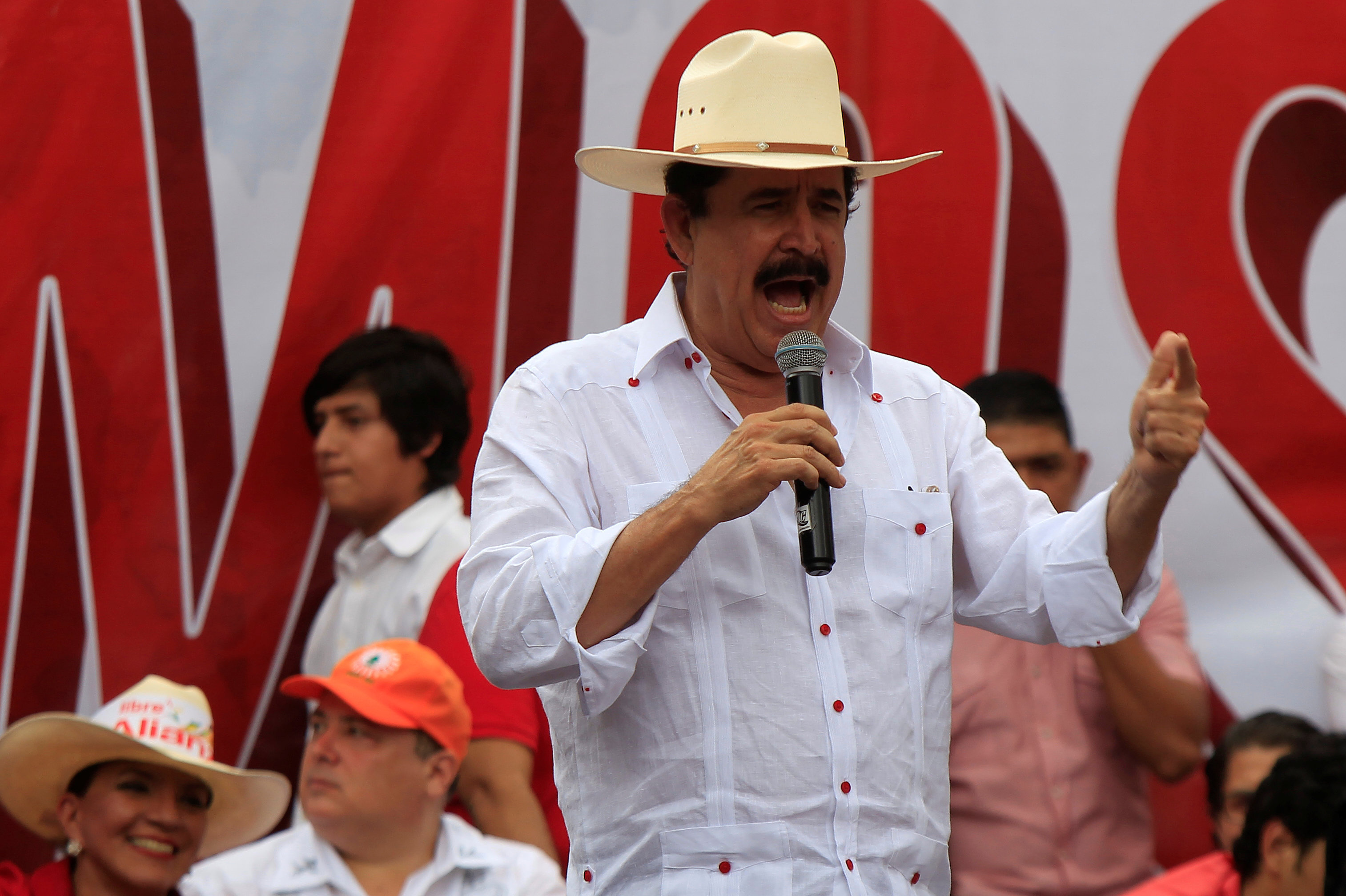 Commenting on the current situation, Zelaya also pointed out "the failure of economic development" in the country and said that there is no real democracy in Honduras.

According to the former president, just like in many other countries, representative democracy in Honduras is "a lie, betrayal and broken promises."

© Photo : Global Witness
Murder, Abuse, Intimidation and Corruption: The Killing Fields of Honduras
"Democracy is mixed up with electoral processes that sell to people. People have a few ballots to cast their votes, and this is believed to be a democracy," he said.

When asked about the outcome of  Sunday’s election, Zelaya suggested that the vote is very likely to be rigged in favor of Hernandez.

"In fact, Salvador Nasralla [leader of a broad left-right coalition called the Opposition Alliance Against the Dictatorship] will win, but current president Hernandez will gain votes and claim that he is the winner. The OAS, the EU and government that dominate the world will keep mum. And this is what the problem looks like in Honduras – its public institutions are being destroyed," Zelaya said.

Murder, Abuse, Intimidation and Corruption: The Killing Fields of Honduras