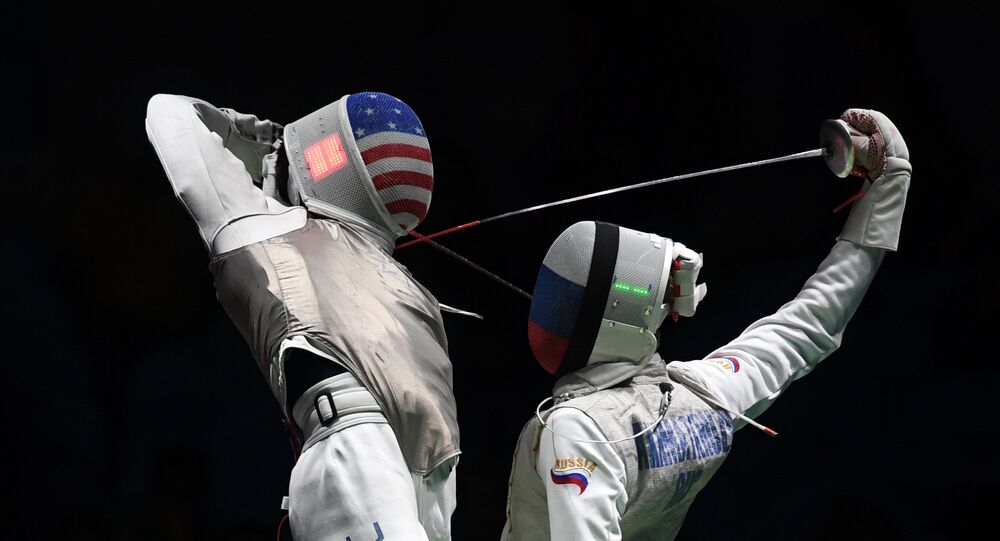 What are the 'Ingredients' of a New Cold War?

The US has announced plans to modernize its nuclear weapons, including those deployed in Europe, as well as initiated exercises in Europe on nuclear weapons safety procedures and violating arms control procedures. These factors seem to signify that the arms race is entering a new phase, Otfried Nassauer, a German expert on security warned Sputnik.

Otfried Nassauer, a founding director of the Berlin Information Center for Transatlantic Security (BITS), an expert on security, disarmament and nuclear weapons told Sputnik Deutschland that 'two spoonfuls of the conflicts of interests, one cup of nuclear arms race and a pinch of distrust" can become perfect "ingredients of a new Cold War."

The expert, however, specified that he isn't talking about the mere threat, but about specific factors which facilitated the start of the previous Cold War.

Among such factors he named the recent US reports that its "strategic and tactical nuclear weapons on land, in the air, and at sea, will undergo costly and extensive modernization in the coming years."

"US nuclear forces, operated by the Air Force and Navy, have entered a years-long period that will see the modernization of warheads, bombs, and delivery systems," the US Council on Foreign Relations reported in October.

It specified that "the ballistic missiles, submarines, bombers, fighters, and air-launched cruise missiles in operation today will be gradually phased out for newer systems. The United States will also develop new nuclear warheads and upgrade facilities that produce and maintain nuclear weapons."

Commenting on these reports, Otfried Nassauer suggested that "a serious tendency of reduction of huge nuclear armament potentials which stemmed from the times of the Cold War might make a U-turn and turn into re-nuclearization."

The expert pointed out that the US intends to modernize about 150 nuclear warheads which it stores in Europe.

© AFP 2020 / Martin Goldhahn / dpa
An Apache attack helicopter of the US Army stands on the tarmac after arriving at the US Air Base in Ramstein, western Germany, on February 22, 2017

"Those are airdropped bombs. The US is currently developing their modernized version which will hit targets with more precision, will have less explosion yield and thus will be more resilient in use," he said.

According to the latest data released by the US-based Arms Control Association, the US "maintains an arsenal of about 1,650 strategic nuclear warheads deployed on Intercontinental Ballistic Missiles (ICBMs), Submarine-Launched Ballistic Missiles (SLBMs), and Strategic Bombers and some 180 tactical nuclear weapons at bomber bases in five European countries."

The Departments of Defense and Energy, it said, requested approximately $26.8 billion in Fiscal Year (FY) 2017 to maintain and upgrade these systems and their supporting infrastructure, according to the nonpartisan Congressional Budget Office (CBO).

Meanwhile, Otfried Nassauer surmised that amid mutual accusations between Russia and the US over alleged violations of the intermediate-range nuclear forces treaty, the US could supply new nuclear systems to Europe.

The expert called it a big mistake that the parties to the treaty don't pay much attention to the 1987 agreement and trust each other less and less.

"The control over conventional weapons is not being given serious attention. Russia's geopolitical interests are not being taken into account. The lack of trust between the parties results in their agreements on arms control losing value," he opined.

The expert earlier pointed out that in October, NATO was holding American nuclear weapons safety procedure exercises at a base in Büchel, Germany and in the Belgian town of Kleine-Brogel. All the above, he concluded, might signify that the arms race is gradually entering a new phase.