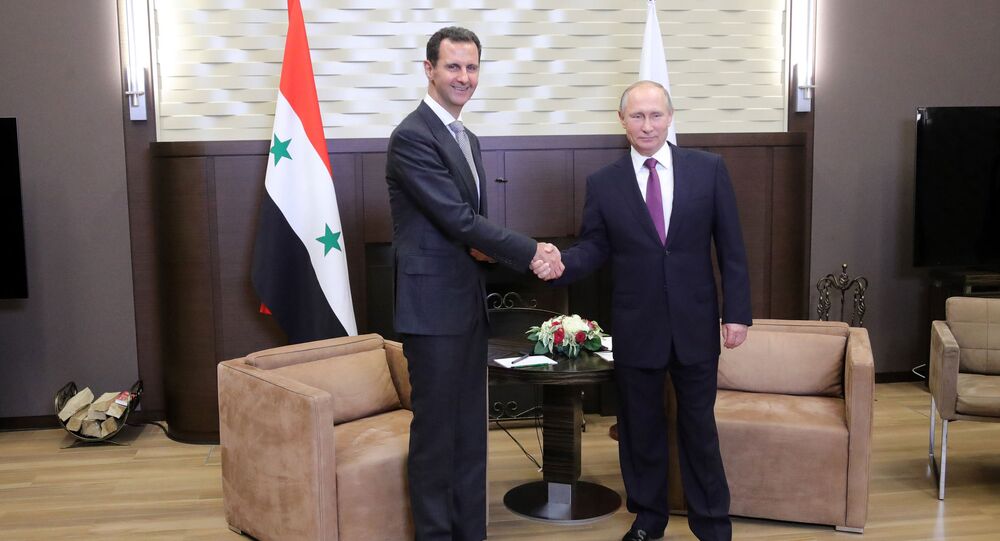 Russian President Vladimir Putin, during a meeting in Sochi with Syrian President Bashar Assad, spoke about the success of the operation in the Arab republic, but stressed that terrorism has not yet been eradicated.

MOSCOW (Sputnik) – The statements made at a meeting of Russian and Syrian presidents Vladimir Putin and Bashar Assad indicate a "huge breakthrough in the process of military and political stabilization of the situation in Syria," First Deputy Chairman of the Russian upper house's Defense and Security Committee Frants Klintsevich told Sputnik on Tuesday.

He added that the statements at the Putin-Assad meeting meant that the fight against the Daesh (banned in Russia) terrorist group in Syria would be completed by the year-end and Russia would be able to withdraw its Aerospace Forces.

"Russia is in for a number of difficult, serious efforts in this direction, in a number of international areas, including in the UN," former chairman of the Russian upper house's Committee on Defense and Security Viktor Ozerov said, commenting on the Putin-Assad meeting.

Syrian leader Bashar Assad paid a one-day visit to Russia on Monday. He held talks with Russian President Vladimir Putin, and also met with the leadership of the Defense Ministry and the General Staff of the Russian Armed Forces. The leaders of the two countries noted the quick defeat of terrorists in Syria, and also discussed the principles of holding the Syria national dialogue congress in Russia's Black Sea resort of Sochi.