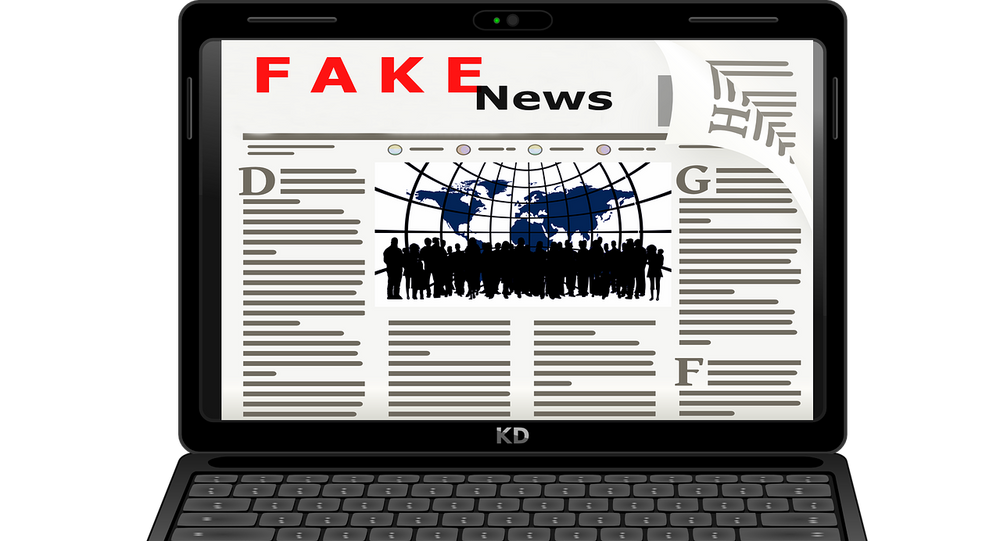 PressCoin is a new cryptocurrency aimed at firing down 'fake news' and empowering independent journalists. Aggelos Kiayias, director of the Blockchain Technology Laboratory at the University of Edinburgh, explains how the Blockchain can be utilized for non-currency related means, potentially rendering 'fake news' powerless.

Sputnik: How could the Blockchain model accommodate journalism?

Aggelos Kiayias: Well, there is a well-recognized problem at the moment — the issue of 'fake news'. There is also a wider issue that exists in the funding of news sources. I think that the Blockchain systems could provide an opportunity to rethink how we can fund news sources, in a more distributed way, which is more in alignment with the current times. We have a lot of independent journalists, so we need to find a way to provide the right sort of incentives. Such an effort [PressCoin] could be a good step in this direction, in some ways it enables us to 'tokenize' journalists' efforts. By doing this, you can also keep track of who is doing good work, in a decentralized fashion, and in some senses this could provide a way to distinguish reliable sources from unreliable ones, while still maintaining the decentralized aspects of today's news production.

Sputnik: One of the founders of PressCoin said that 'reputation' of authors and commentators would be stored in the Blockchain. Can the Blockchain be used for things other than financial transactions?

Aggelos Kiayias: Yes exactly, that's the nice thing about it. You can completely forget using the Blockchain for things like maintaining a currency and you can think about it in maintaining reputation points. You can use the same 'bookkeeping' virtues that Bitcoin has, but for a completely different purpose. It's actually re-purposing the concept of the Blockchain for a completely different industry. That's actually very appealing. There are certain virtues in Bitcoin: it's globally available and there is no way to censor it. Therefore nobody can be in control of that system. But still, people could refer to it, to evaluate the trustworthiness of a certain source.

Sputnik: Bitcoin suffers huge rises and sharp drops as well, it is popularity dependent. Would PressCoin follow the same symbiotic pattern as the Bitcoin?

© CC0 / Namecoin / Cryptocurrency Art Gallery
Cryptocurrencies May Become Global, but are Unlikely to Replace the US Dollar
Aggelos Kiayias: It's important here to distinguish the use of Bitcoin as a currency, and the use of a distributed ledger to maintain something else. You could take the ideas behind the Blockchain, and display them completely independently from the compensation aspect. Looking at the general system of the Blockchain, this volatility that Bitcoin has, does not need to impact the kind of obligations we are talking about, because this only has to do with currency and much less with the other virtues of Bitcoin, which are relatively robust. It's available, it's not possible to censor it, it can reach anybody on earth with an internet connection. So these are indisputable features of the system that have nothing to do with the volatility that the currency built on top of them exhibits. They are two different things.

We can therefore use a distributed ledger for something that is not a currency (as is the case of Bitcoin), to maintain other relationships between news sources, and their consumers. It's a different way to apply the same system. It will be subject to its own rules, and will be unaffected by volatility in Bitcoin.

Sputnik: So how will it help to counteract 'fake news'?

Aggelos Kiayias: Well, it is a step in the right direction. You can have a situation where you have a specific news story from a source. Let's say Facebook decides to put a news story in your newsfeed. By using the system that is based on the distributed ledger, Facebook and other social media can check the distributed ledger for the credibility of the source. Because of the availability and the immediacy of that ledger, the provider of the user feed will be able to judge whether a story is legitimate or not, at least based on the reputation of a source. Sources that spread fake news could be voted as such, and receive penalties in the distributed ledger. This negative reputation would be hard to suppress and cover-up, making everything more transparent.

'It's Mainstream, and There's No Going Back': BP Adopts Blockchain for Trades