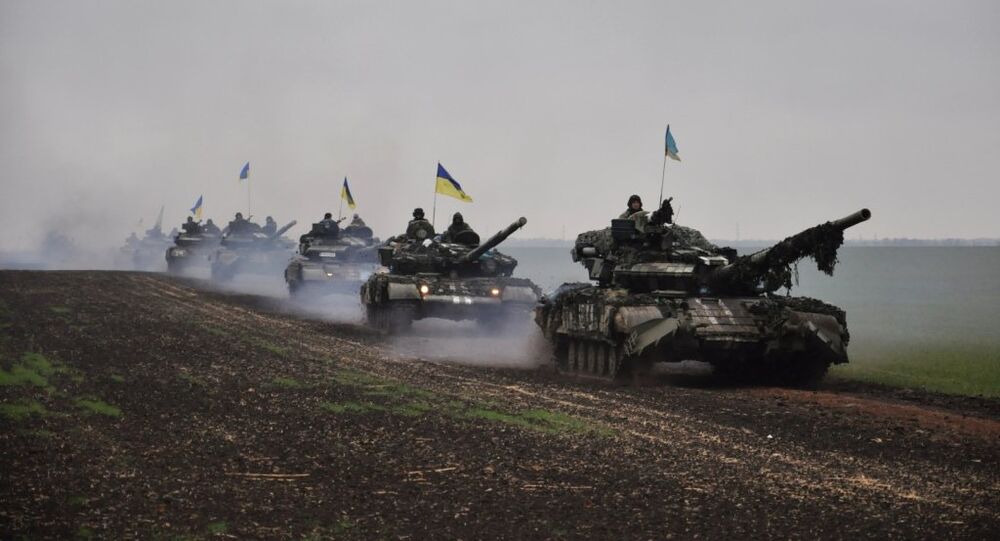 Kiev has been seeking the supplies of US lethal weapons, but officially Washington officially only supplies Ukrainian authorities with uniforms, equipment, and training of the National Guard soldiers.

"These Klimkin’s ‘wishes’ sharply destabilize the more or less set state of affairs in the zone of the [Donbass] conflict, which can be controlled, at least to a certain extent, by the international organizations and local residents. The equipment which he listed is offensive, and, of course, this will affect negatively all the parties to the process, political, diplomatic, not even mentioning the military ones … This will not just complicate the situation [in Ukraine], this will explode the situation," Shamanov said.

If the United States does choose to deliver such weapons to Ukraine, it will be "the most irresponsible move," the parliamentarian pointed out.

Ukrainian Foreign Minister Pavlo Klimkin on Sunday expressed the conviction during his ongoing visit to Canada that Kiev will receive modern weapons and military equipment from the United States. Klimkin mentioned anti-tank weapons, drones, counter-battery radars and weapons for cyber warfare among the possible arms deliveries.

"We need this equipment, logistics support, and training. Moreover, it is mutually beneficial. We are sharing our experience in fighting with the Russians. It is not only about some certain element of the puzzle, not only about the Javelins but about everything else… [Ukraine] needs international support and it will have it," the minister explained.

This came as on Saturday the Australian ABC broadcaster reported, citing a US State Department official, that the US National Security Council had decided at a Tuesday session to approve a $47-million grant to Kiev for purchasing US defense systems, including FGM-148 Javelin man-portable anti-tank missiles, in a move to deter "pro-Russian separatists." The recommendation about funding and selling the weapons to Ukraine will be presented to US President Donald Trump, according to the outlet.

Ukraine FM says he believes Ukraine will definitely get more weapons from the US in the future but he does not know when. #hisf2017

Also, in August, US Defense Secretary James Mattis said that the United States was considering delivering lethal weapons to Ukraine.