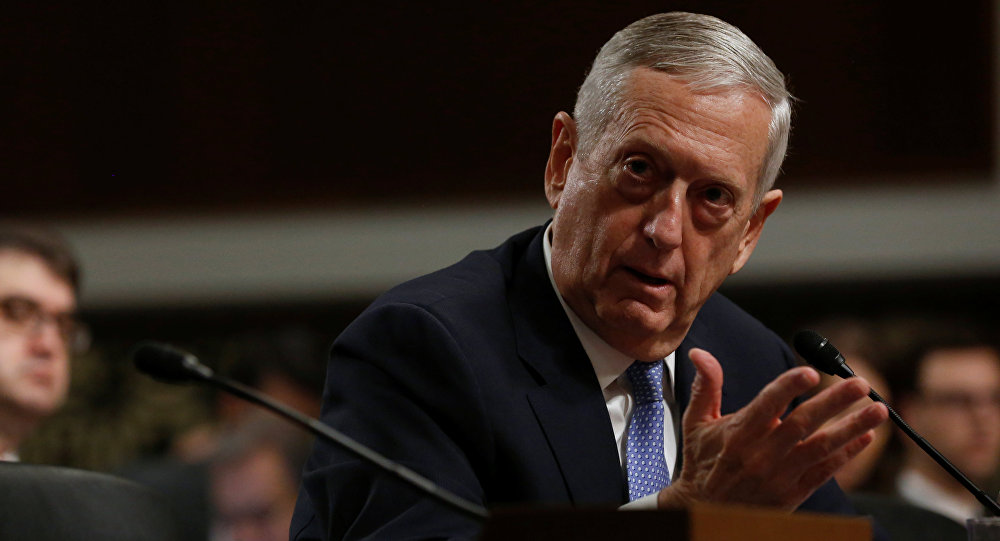 US Defense Secretary James Mattis’ claim that the United States was authorized to conduct military operations in Syria is a pretext for a long-term presence that defies several international laws, legal analysts told Sputnik.

WASHINGTON (Sputnik) — On Monday, Mattis said that the presence of the United States in Syria had been approved by the UN as Washington was engaged in the fight against Daesh terrorist group.

The Russian Defense Ministry on Tuesday, however, said that the US military refused to launch airstrikes against Daesh forces that were fleeing Syria’s Al Bukamal, citing the Geneva convention. The development seemed to contradict Mattis’ entire justification for US operations in Syria.

Russian Foreign Minister Sergey Lavrov during a press briefing on Tuesday said that the Pentagon’s statements that the United States will not leave Syria run counter to the Geneva agreements and assurances from the US State Department.

"The United Nations Security Council has not asked outside states to send military into Syria… [and] the United States has not been invited by the Government of Syria," Quigley noted. 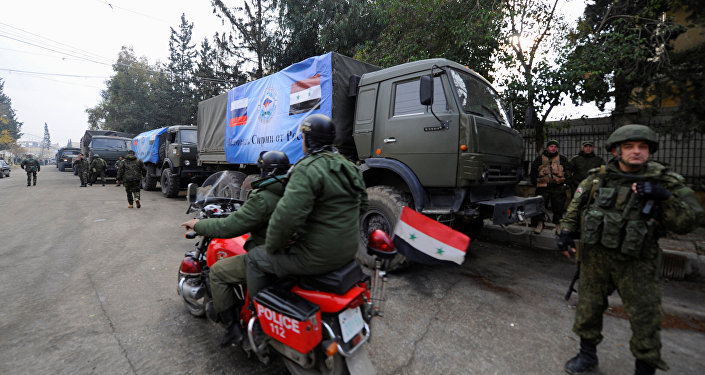 © REUTERS / Omar Sanadiki
Almost 50 Russians Rescued in Syria to Be Evacuated to Russia
As a result, Quigley explained, there is no basis in international law for military operations by the United States in Syria.

Despite the lack of international legal basis, Quigley added, the United States has carried out military activities including air strikes that have killed many civilians on the territory of Syria.

University of Illinois Professor of Law Francis Boyle told Sputnik that Mattis’ claim on Monday was just the latest in a long list of spurious justifications for continued defiance of international law that successive US administrations had carried out for many decades.

"All the bogus pretexts the United States has used over the years to justify its indirect and direct aggression against Syria… are too numerous to list here," Boyle said.

The US presence in Syria has been repeatedly criticized by Damascus, which stressed that any foreign military operation taking place without government approval would be considered an illegal invasion.

"Russia and Iran are in Syria at the valid request of the Syrian government, which makes their presence lawful under international law," Boyle continued. "By comparison, the United States intervened militarily into Syria without any permission from the Syrian government."

US air strikes and support for rebel forces had been conducted without any UN Charter Chapter 7 Security Council Resolution, Boyle said.

© REUTERS / Omar Sanadiki
Syrian Army Repels Major Militant Attack Near Damascus
This meant that, far from defending the international order, the United States was defying the laws and principles of the UN that it claimed to uphold and support, Boyle explained.

This legal conclusion was established under precedents and rulings going back more than 30 years, Boyle recalled.

"If you read the 1986 Judgment by the International Court of Justice in the Case of Nicaragua versus United States, all you have to do is substitute Syria for Nicaragua and jihadis for Contras to reach the exact same conclusions of gross illegality across the board," he said.

The US-led coalition of some 70 nations is conducting airstrikes, ground-based and rocket-propelled artillery fire against the IS targets in the Middle East. The strikes in Iraq are conducted in support of Baghdad, but those in Syria are not authorized by Damascus or by the UN Security Council.