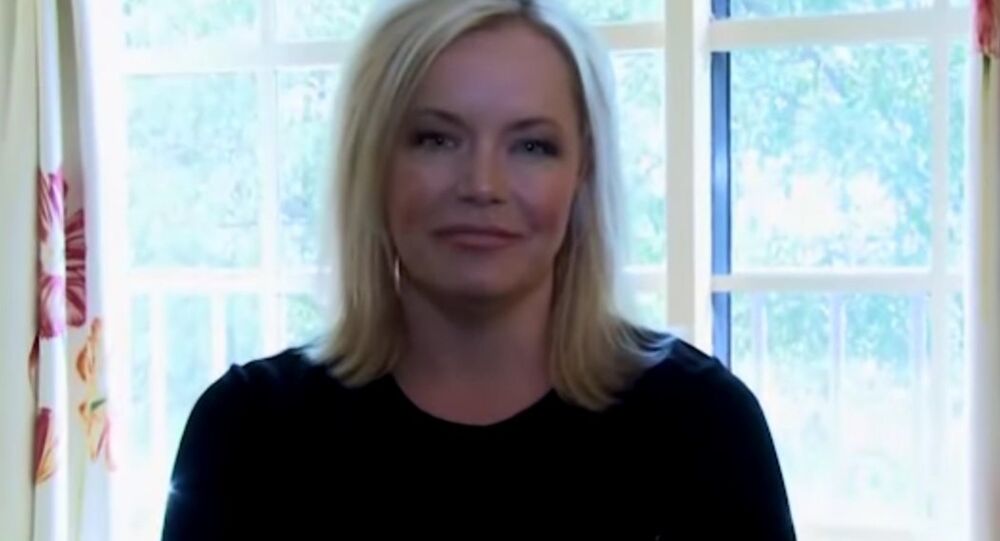 Former prostitute Gwyneth Montenegro told Radio Sputnik she has received "overwhelmingly positive" feedback about her controversial book, "The Secret Taboo," which gives sex workers "tips and tricks" about how to survive in the industry.

Gwyneth Montenegro is an old hand at sex work, having spent 12 years working as a prostitute during which she slept with over 10,000 men. Now working as a motivational speaker and writer, she decided to write a book about her experiences, called "The Secret Taboo," which also gives advice to woman entering the industry.

Her account of life as a sex worker has drawn some criticism from those who accuse her of encouraging women to enter the industry. Gwyneth told Radio Sputnik that her intention is to "empower" women starting out as prostitutes, who are "probably going to go into the industry anyway."

I had to laugh when I seen this article about me…great product placement! 🤣🤣 #media #gwynethmontenegro

Sputnik: Your book has sparked a lot of reaction, as I'm sure you anticipated. Is there anything that's been said or communicated to you about your book that has shocked you?

Gwyneth Montenegro: There was quite an uproar, although to be honest I expected more than I got. I would say about one in 20 who have communicated with me have probably been quite negative about it, but it's generally been overwhelmingly positive.

Sputnik: You say that your book is aimed at empowering women, meanwhile many have possibly accused you of promoting the sex industry. What's your response?

Gwyneth Montenegro: The sex industry is famous for messing up lives and families, and I don't want to glamorize the industry at all. I've ended up with depression, paranoia; I've gone through post-traumatic stress disorder and that's why I feel very strongly about writing this book.

© CC0
Fatal Attraction: One in 100 Men's Heart Attacks Happen During or Just After Sex
There are a lot of women going into the sex industry who have approached me. I decided that they are probably going to go into the industry anyway, and I thought well, "I want to tell them all about the ugly bits that are in the industry," and not just Hollywood glamour. My opinion is that a woman who is adequately armed with the right information is more empowered to make a better choice.

Sputnik: Obviously, you've got a personal story which you've shared in the book. Please tell our listeners about your motivation, what made you go into this industry and why did you feel you had to do that?

Gwyneth Montenegro: I actually grew up in a Christian household, in a small country town, and I ended up getting gang-raped by eight men. My drink was drugged and it changed my core beliefs about myself; I felt dirty and disgusting, so disconnected and isolated from my friends and family. At that time, I couldn't talk to anyone about it and I carried that guilt, I internalized that guilt and those horrible feelings I had.

I internalized them and I thought, "oh well, I'm just a dirty woman anyway now, no-one's going to want me." So, I ended up going into the sex industry. I started out as a stripper at first and that was rather full-on for me and then three years later, inadvertently, I ended up in the sex industry. If I had my time again, I would not have done it, that's for sure.

Here's an unusual story about Gwyneth Montenegro (me) & The Secret Taboo. It's written in Malayalam. Fascinating!https://t.co/8wbnAjkZn0

​Sputnik: What feedback have you received from women so far about your book?

Gwyneth Montenegro: A lot of the feedback has been positive, in fact seasoned escorts have said, "I wish I had known that when I entered the industry," and a lot of them are saying, "Geez, what you are saying about having a proper exit strategy and putting a time frame on being in the industry" [is good advice].

If you have to do it, set a time frame for it. I definitely don't recommend that this industry is good for everyone, I'm certainly not saying that and yes, a lot of woman have said, "once you're in, you're in."

It's a money trap, it sucks you back in and it's really quite difficult to get out and that's what I found. I was in the industry way longer than I wanted to be.

Sputnik: You've previously stated that you consider yourself a feminist. In your view, does working in the sex industry contradict the fundamental values of feminism, then?