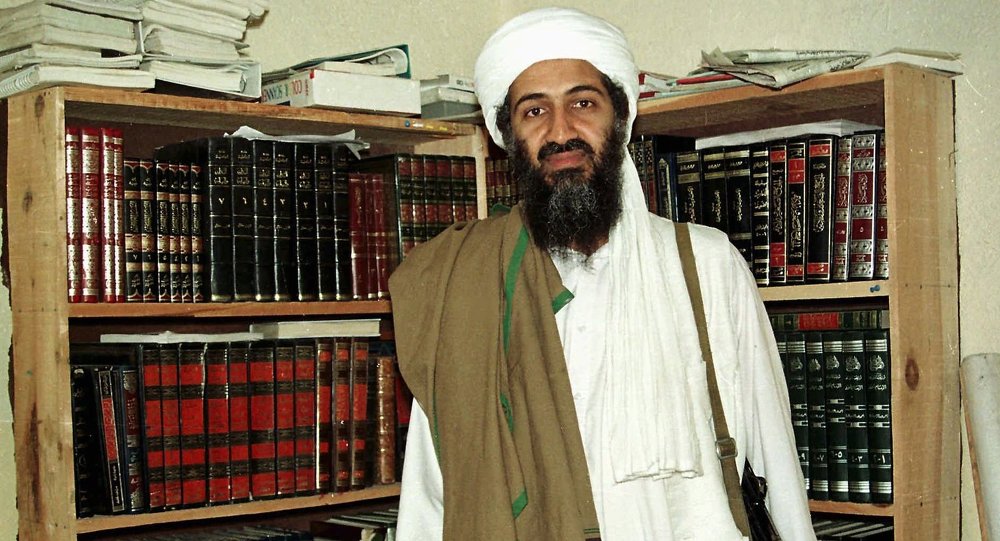 Documents released by the CIA that allegedly reveal a connection between Tehran and al-Qaeda appear to be merely a part of an anti-Iranian information campaign waged by the United States.

Iranian analysts interviewed by Sputnik have dismissed claims about the alleged ties between Tehran and al-Qaeda brought forward by the CIA, arguing that it’s merely an attempt by the US to tarnish Iran’s reputation.

Seyyed Hadi Afghahi, Middle Eastern affairs expert and former official at the Iranian embassy in Lebanon, told Sputnik Iran that there are several important factors that need to be taken into account in this matter.

"First of all, it’s strange that the CIA decided to disclose this information just now, after so many years. Second, why won’t the CIA disclose information pertaining to the emergence of Osama bin Laden himself and about his ties with the United States?  This disclosure – assuming that you could call it that, considering that there are no photos of this report penned by a senior al-Qaeda member that contain all these accusations against Iran – does feel rather selective in terms of which data is being revealed," Afghahi said.

© AP Photo / File
CIA Helped Neoconservative Think Tank Uncover Alleged Iran, Al-Qaeda Connection
According to Afghahi, the disclosed report does contain one bit of truth – namely, Iran did at one time provide shelter to families of al-Qaeda members after a group of terrorists became trapped at the border between Iran and Afghanistan. He pointed out, however, that Tehran only granted safe haven to women and children, and that later these people were taken out of the country at the request of Saudi Arabia, so Iran did not harbor any al-Qaeda terrorists on its soil.

"Therefore, by raising this issue after so many years and with such a misleading angle, the US pursues just one goal – to tarnish the reputation of Iran and its allies (Hezbollah) by blaming them for the crimes that they (the US, Saudi Arabia and Israel) are guilty of. This is all part of the strategy that Donald Trump implements against us," he argued.

Dr Ali Reza Rezahah, political observer to Iran’s Spiritual Leader at the Analytical Expert Center, also remarked that by portraying Iran as “terrorist,” the US may justify the seizure of Iranian assets on American territory.

"The US also has a mercantile interest in this matter: it does not intend to return the Iranian assets and property that were seized by the American capitalists even before the Islamic Revolution. In s doing, they use these false accusations as an excuse to avoid returning said assets," Rezahah said.

He also stressed that the ideology of Iran and that of al-Qaeda are polar opposites, and that the terrorist group has "brought grief and murder" to his country.

"Allow me to remind you that it was a terrorist belonging to that very group who staged an attack at the Imam Reza shrine in Mashhad, killing innocent pilgrims, women and children. And the mastermind of this atrocity, Yousef Ramzi, is currently kept in one of the US prisons. If we visit the FBI website we can see that one of the crimes he’s been accused of is the killing of innocents in Iran during an Ashura ceremony. Iran filed extradition requests for this criminal on several occasions," he said.

There can never be any contacts between Iran and al-Qaeda, Rezahah maintained, as the terrorist group and Tehran are "on the opposite sides of the barricades."

The trove of documents found at Osama bin Laden’s hideout that was disclosed on November 1 by the CIA contains a 19-page report apparently penned by a senior al-Qaeda member, which details instances of cooperation between the terrorist group and Iran.

According to the report, Iran allegedly granted shelter to some of bin Laden’s cohorts who were fleeing Afghanistan after the US-led military intervention there, supplied al-Qaeda terrorists with money and weapons and helped train them at Hezbollah camps. In return, the terrorist group launched attacks against US installations in Saudi Arabia and other Gulf States that were designated by Tehran, according to the report.