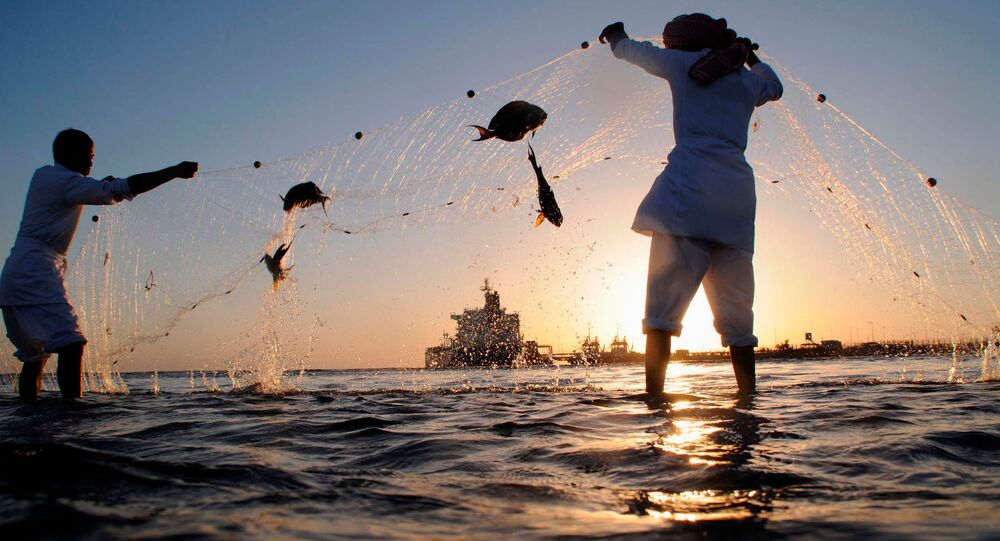 How the Developments in Saudi Arabia May Foretell Collapse of Petrodollar

Saudi Arabia’s crown prince Mohammed bin Salman has vowed to return his country to "moderate Islam"; the pledge was followed by the dismissal and detainment of many of the country's high-profile princes and businessmen. Turkish energy analyst Dr Volkan Ozdemir commented that it is not about politics but rather about economics and petrodollars.

In his interview with Sputnik Turkiye, Volkan Ozdemir, the Chairman of Ankara-based EPPEN (Institute for Energy Markets and Policies), said that Riyadh is possibly cleaning out the opponents to the oil trade in US dollars and the changes the country is currently living through could be viewed as part of the US' attempt to fight against a strengthening China.

His comments refer to the latest developments in Saudi Arabia, with numerous dismissals and reshuffling of the country's government.

"For the last 44-45 years, the petrodollar system has been ruling the world, which means that the international oil trade had been mostly paid for in US dollars. It stems from the Middle Eastern crises of the 1970s, when Saudi Arabia bound itself to selling oil only in US dollars. Given that Saudi oil has played the major role in the US dollar becoming the world's reserve currency, the US turned into the guarantor of the security of Saudi Arabia. Being the world's reserve currency, the US dollar has remained the foundation of the US' global hegemony," the expert explained.

In the past few years however, especially during the last term of Barack Obama, this status quo began to change due to the rapprochement between the US and Iran, he further noted. After the Arab Spring, the Saudis started feeling a threat to the country’s security and doubts emerged over whether the US will cease being its protector and turn instead to Iran.

These very doubts have highlighted the need for the royal family to opt for other guarantors of its security besides the US, thus, for the first time in 3-4 years there is a split within the family with regards to the oil trade.

These differences within the country's royalty, however, should be viewed alongside certain other external factors, the energy analyst noted.

"First, after becoming self-sufficient in natural gas supplies, the US is becoming self-reliant in oil, which means it has less demand for Saudi energy resources. In other words, it has yielded to China as the major consumer of Saudi oil," Dr Ozdemir explained.

However China, he further elaborated, is moving towards its 2020 goal, which is the deadline to setup its own indexes for oil and natural gas trading at the Shanghai International Energy Exchange. This implies that China is targeting abandoning the petrodollar and at switching to the petro-yuan backed by gold or other precious metals.

According to the expert, China and Saudi Arabia have recently been negotiating the possibility of oil trading in yuan, which has received the backing of many high-ranking Saudis. This has coincided with the election of Donald Trump, who, unlike Barack Obama, announced his adherence towards a conservative American foreign policy.

Hence, cooperation with Saudi Arabia and Israel against Iran topped the agenda, Dr Ozdemir pointed out.

"Therefore, as I see it, there is an ongoing process in Saudi Arabia of cleaning out the elements who are against the petrodollar system," he explained.

Dr Ozdemir, however, said that the petrodollar system has little chance of survival in the long-term.

"Although with the election of Trump, the supporters of this system have won in the short-term, it has no chance for success in the long-term. We should expect new moves from other large oil suppliers into China, namely Russia and Iran. If we review who the major oil importers to this country are, it is Russia in the first place, then Iran and only then Saudi Arabia. For the petrodollar system to keep working, Iran will be chosen as a target," the expert suggested.

In support of his theory, he said that Donald Trump has already canceled some of the US' agreements with Tehran and will do his utmost to preserve the US hegemony. However he doubted that these efforts have any chance of success in the medium-term. He suggested that the US might succeed in deterring Iran through Saudi Arabia but doubted that Washington will be able to contain it through Yemen, and this could ultimately change the situation.

Dr Ozdemir noted that the fact that the International Monetary Fund has recognized the yuan as an official reserve currency, the new system which China is introducing in its international payments, the development of bank clearing only confirm that Russia and China are strengthening their capabilities and will soon switch to their national currencies for all payments.

The expert also noted that recent developments in the Asian-Pacific region signal that this region is coming to the forefront – with China being in the very center of affairs. This might well signify the last stage of the US hegemony and petrodollar system, he concluded.