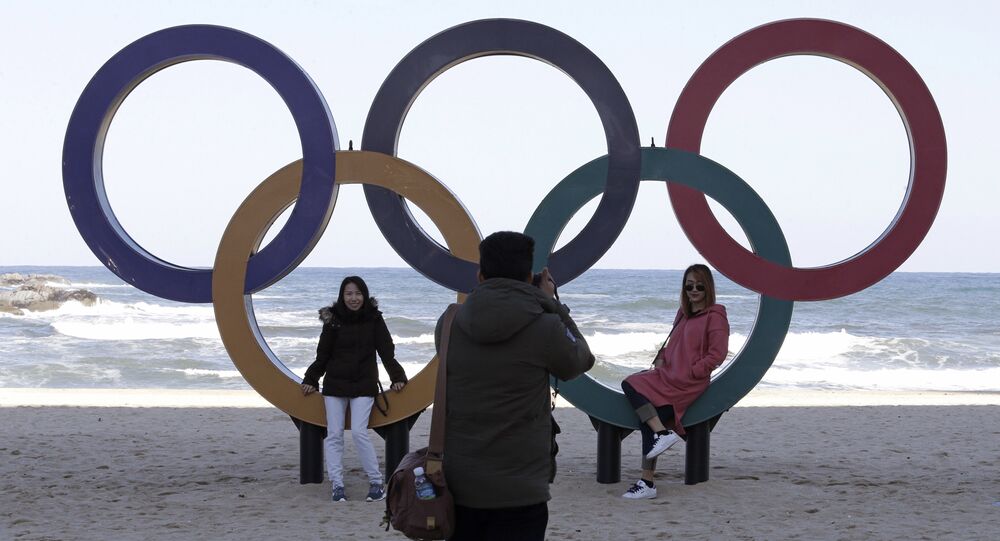 With less than one hundred days left before the 23rd Winter Olympic Games, which will take place in South Korea’s Pyeongchang, escalating tensions on the peninsula have prompted many to voice concerns over the security of the games. Bobby Chacon, a retired FBI agent explained to Sputnik why the North is unlikely to disrupt the event.

Sputnik: Considering the instability on the Peninsula, how secure is Pyeongchang as a venue for the Winter Olympics?

Bobby Chacon: I think it is as secure a venue as much as it could be, considering what has been going on there. I don't think that the Olympics would be a target for, say, North Korea to carry out an attack because I think that the heightened rhetoric between the US and North Korea in recent months will prevent any small-scale skirmish escalating into a full-scale disaster. I don’t think that North Korea would take an opportunity to use the Olympics to send some kind of message. At the Olympics, there is usually much more concern over some kind of terrorist attacks than a nation state, like North Korea. Of course, nothing is off the table with the leader like they have in North Korea, but that would really shock me if they make any attempts to disrupt the games.

Sputnik: What is your general awareness of the security protocol or plan of actions, should the safety of the venue be compromised?

Bobby Chacon: The Olympics are one of the most secure events in the world. I've been involved in super bowls and very large events, not only the Greek Olympics but Salt Lake Olympics and I lived in Rio de Janeiro for three years leading up to those Olympics. And I know that it is a very multi-layered security apparatus from the lower-level street police to state and federal police, to militaries and support of other countries. I know that there are plans in place, I know the security protocols. I can't speak about some of them because I am not personally involved in these Olympics and plus some of these protocols you don't want to be made public because then the people acting against you would gain an advantage. But there are always heavy, heavy security procedures in place which were rehearsed years in advance. All the countries and teams are briefed on them and it is probably, like I've said, one of the most secure events in the word.

Sputnik: The IOC stated that they have no security concerns about the event. What’s your personal feeling about the security situation in Pyeongchang? Do you think North Korea is capable of taking any provocative steps during the games?

Bobby Chacon: [….] I think when they say that they have no security concerns they mean that they have no credible threat currently against the games. We have heard no intelligence chatter, as they say, that make the games the target. My personal view is it is safe, I would not be sending my wife there – my wife is working there and she has been there many times over the past three years. She is going to be there throughout the games, before, during and after the games.

However, do I think that North Korea is capable of taking provocative steps? Sure, they are capable of taking provocative steps. Will they in fact take those steps? I don’t think so, is my personal opinion. There is not much for them to gain by taking any kind of steps towards the games. There would be universal condemnation, not that they have ever been concerned about that, but I think that they have, at some point, decided to try to get along with the rest of the world.