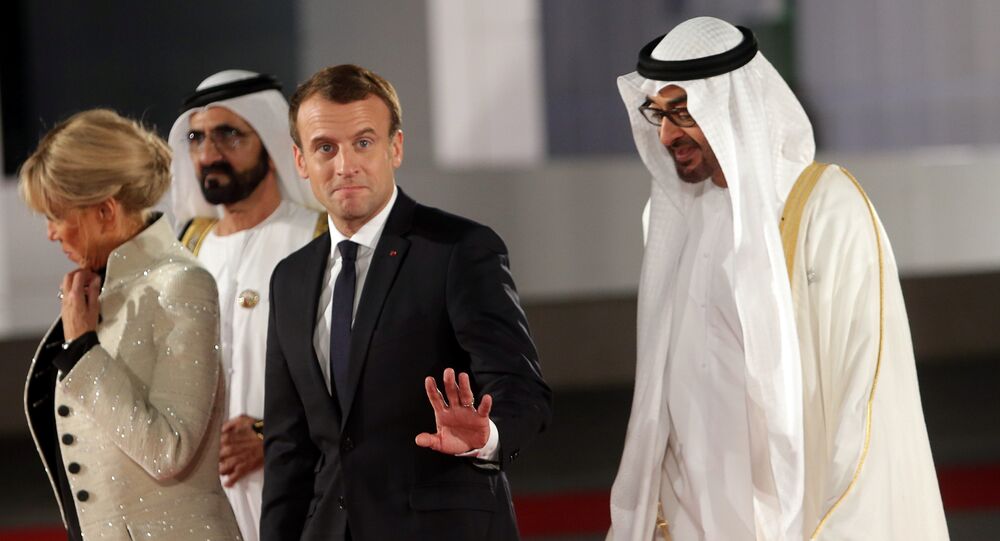 Cutting ties with Iran over the nuclear issue would make it a new North Korea, French President Macron stated in an interview with Time magazine. He later urged Tehran to hold talks on its missile program, which Iran firmly denied. Sina Azodi, a US-based researcher specializing in Tehran's foreign policy, has shed light on the developments.

Sputnik: What is your take on President Macron’s claims that Iran may become a Middle Eastern North Korea? How valid or invalid is this point, in your view?

Sina Azodi: I think he wants to draw attention to the importance of the matter of Iran's ballistic missiles. Iran is not the DPRK (Democratic People's Republic of Korea); its decision-making process is different.  Ayatollah Khamenei does not have the same power as the North Korean leader Kim Jong-un. They are totally different countries – there are so many factions in Iran that influence politics, while in DPRK you don't have such thing. So, comparing Iran to DPRK is completely irrelevant.

READ MORE: 'It's Not Negotiable': Tehran on Macron's Call for Talks on Its Missile Program

Sputnik: Tehran has repeatedly stressed that the country is not developing weapons designed to carry nuclear warheads. How justified are the amendments proposed by the French leader then?

Sina Azodi: From the French perspective, they are valid and just. France and the EU have both stressed this to both Iran and Saudi Arabia, that they don't want to see another conflict in the region, which is already extremely unstable. The other thing is that the French and the EU, especially French, don't want to be in a position where they have to choose between the business with Iran and difficulties in relations with the US. So, they don't want to deal with this. So, they are trying to convince Iran to negotiate over the ballistic missiles program so that they could avoid it.

What is important for the EU is the range of the ballistic missiles that Iran has. It is of the concern to EU security. Iran has kept the range of its missiles to 2,000 km. They are developing the accuracy of their missiles. If you would ever develop a nuclear weapon you don’t need accuracy. This means that Iran is not working on a nuclear warhead. That is also important.

Sputnik: What implications could attempts to dismantle the nuclear accord lead to? How crucial is it to preserve the deal?

Sina Azodi: If the deal collapses, the hardliners in Iran will have a stronger voice. They would be saying "we told you not to negotiate with the US, you did negotiate and now we have been proven right. Besides, if the deal collapses, the IAEA (International Atomic Energy Agency) won't have the same monitoring capabilities that it had during the deal. And that is something we have to keep in mind.

Sputnik: Now that the US has announced the decertification of the deal, what future do you see for the agreement? What fallout could the reinstating of sanctions potentially entail?

Sina Azodi: It depends on what kind of sanctions you are talking about. There are already sanctions which have been added to the list of sanctions that the US had on Iran but Iranians have not responded, which means that they don't want to see the deal to collapse. They don't want to be the ones responsible for the collapse of the deal. They have complained but they have not acted which means that they are in favor of the deal.