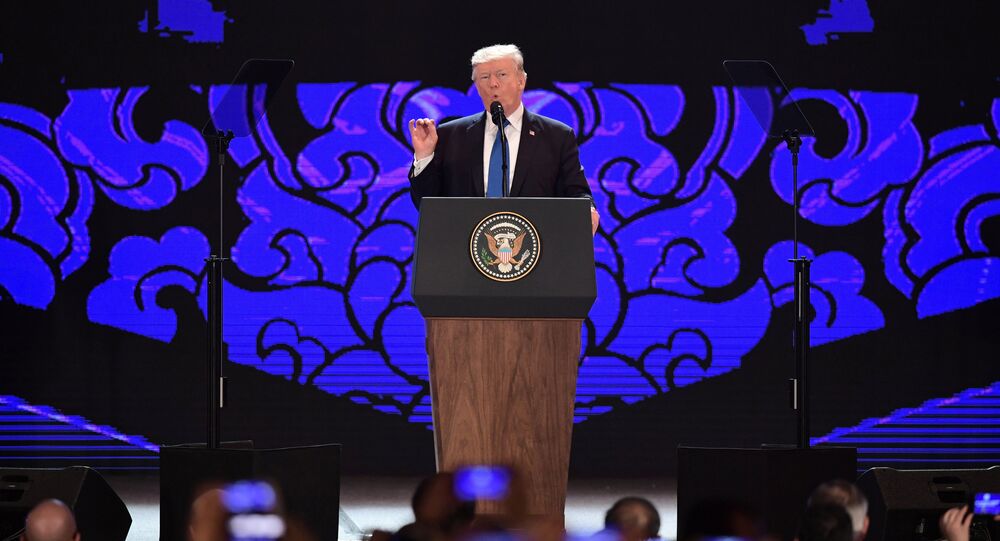 China Willing to 'Go Bilateral' With the US - Analyst

Despite the apparent geopolitical differences between the US and China, it appears that these disagreements may be of a secondary concern to Donald Trump as he attempts to forge better ties with Beijing.

Commenting on US President Donald Trump’s appearance at the APEC summit in Vietnam, Yun Sun, East Asia Program senior associate at the Stimson Center think tank in Washington, told Sputnik Radio that so far it appears that Donald Trump has displayed a "clear intention” to forge a cooperative relationship with China, and that while geopolitical differences between the two countries will always exist, these differences "might be a secondary consideration on President Trump’s agenda."

© REUTERS / Jorge Silva
APEC Summit in Vietnam: Results Outlined in Declaration
She added Trump’s apparent fondness of bilateral agreements likely stems from the fact that they afford a better opportunity to secure a “better deal” as compared to multilateral agreements.

Yun Sun added that China has already demonstrated its willingness to cooperate with the US as evidenced by "multi-billion dollar business deals" signed between the two countries.

"Those (deals) are a clear signal that China is willing to act and offer what Trump desires the most from China, in order to get good US-China relations going. China signed, I believe, $250 billion worth of deals with the United States, and that’s a very clear signal: we are willing to go bilateral with the United States, but we’re not abandoning other multilateral trade negotiation tracks that China promotes on other fronts," she explained.

Trump’s visit to the APEC summit in Vietnam comes as part of his five-nation official trip to Asia.

During his speech at the summit, Trump stated that Washington does not intend to tolerate trade abuses and would insist on fair and equal policies.