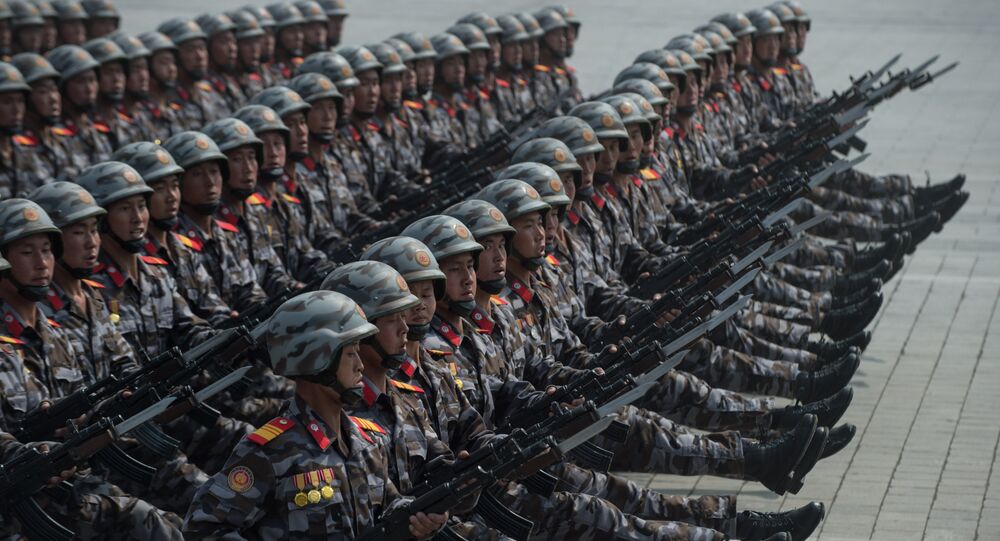 In a possible conflict between Pyongyang and Washington, the North Korean forces would outnumber South Korea-based US troops, which will be undersupplied, according to a former deputy commander of US Forces in Korea.

Newsweek obtained the text of a letter from Jan-Marc Jouas, former deputy commander of US Forces in Korea to an array of Democratic members of Congress.

In the letter, he warned Washington of the potential consequences of a military confrontation with North Korea, should one arise.

"The 28,500 US Armed Forces personnel in South Korea are vastly outnumbered by North Korean forces, as well as [South Korean] forces that will conduct the overwhelming majority of the fighting. Unlike every conflict since the last Korean War, we will not be able to build up our forces prior to the start of hostilities," the letter said.

© REUTERS / KCNA
'The US Cannot Accept North Korea as a Nuclear Power' – Political Analyst
Jouas alleged that it would take days or even months for the US military to deliver its reinforcements and supplies to the Korean Peninsula.

He also warned that any fresh US troops there face the risk of a conventional or chemical weapons attack by an estimated 1.2 million-strong North Korean army, something that he said "will further delay their entry into the war."

Jouas voiced doubt that North Korea's nuclear capabilities will be "completely" eliminated by a full-fledged war on the Korean Peninsula, which he said can be fueled by any US military action against Pyongyang.

His letter came a few days after US President Donald Trump called on North Korea to give up its nuclear ambitions, saying that further nuclear provocations will put the country in danger.

Speaking at the South Korean National Assembly, Trump at the same time avoided threatening Pyongyang with "fire and fury," suggesting that the diplomatic option is viable to resolving the crisis.

Trump also warned that the US is poised and ready to use military force if necessary and called for the international community to join forces "to isolate the brutal regime of North Korea – to deny it any form of support, supply, or acceptance."

READ MORE: North Korea 'Has the Missile Technology to Destroy US Carriers Near Its Shores'

In the past few months, the situation on the Korean Peninsula has exacerbated significantly, following several ballistic missile launches and nuclear tests conducted by Pyongyang in violation of the UN Security Council resolutions.