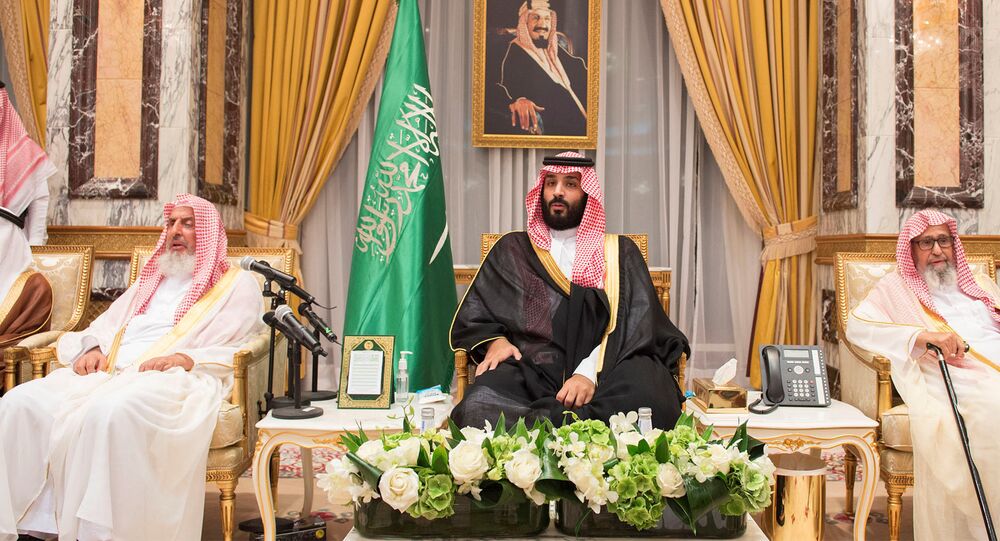 The retired US Air Force Lieutenant Colonel Karen Kwiatkowski told Sputnik that the rise of Iran as a military and economic power helped to motivate Crown Prince Mohammed bin Salman’s unprecedented purge of the leadership of Saudi Arabia.

"Iran’s political capital in the region continues to rise, and its possible emergence as a regional military and economic player vis-a-vis Saudi Arabia is probably influencing both Bin Salman’s decisions and state of mind," Kwiatkowski said. "The purge by Bin Salman is being conducted in the context of political threats perceived by him, his own regional agenda, and certainly the flagging and unpopular war in Yemen," she said.

The Crown Prince has committed a Saudi-led coalition of Gulf air forces to bomb rebel forces in the Yemen civil war and their operations have killed at least 10,000 people in the past three years, according to UN estimates, Kwiatkowski recalled.

"I think that as long as Saudi Arabia is attempting to prosecute a long war in Yemen and appease its population’s demand for a piece of the profits, it will sell as much oil as it can sell," she said.

However, Mohammed’s domestic political and economic policies were under pressure from the escalating costs of the war he was waging in Yemen, Kwiatkowski pointed out.

Riyadh has been exporting more oil than the Organization of Petroleum Exporting Countries has wanted them to for some time while contributing to lower sustained oil prices," Kwiatkowski observed.

"Saudi Arabia has no other option to raise capital for the war and domestic demands and will export oil. They are gambling that if they spend just a bit more, the war will end or the people will be satisfied, and then they can work on building wealth," she said.

However, this policy could backfire if global demand for oil fell or production in other countries, especially the United States continued to rise, Kwiatkowski cautioned.

"Global oil demand is increasing, but so is supply given the expansion of non-Saudi oil and gas producers," she said.

Next year could also bring problems or adjustments in the heavily debt-driven economies of the major oil consumers like China, Japan and India, any of which could work to keep oil prices static or lower, Kwiatkowski cautioned.