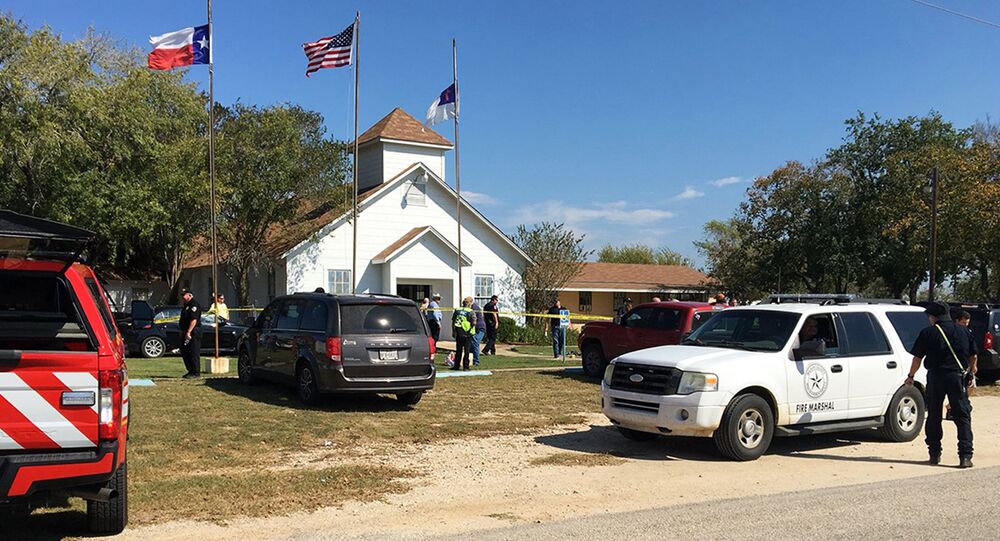 'US Media Needs to Change How They Cover Mass Shootings' – Professor

Twenty-six people were killed during a Texas mass shooting when former airman Devin Patrick Kelley went on a killing rampage. Radio Sputnik discussed the issue with Adam Lankford, a criminology professor with The University of Alabama, who pinpointed the motive for these shooters and how the US media can contribute to the prevention of them.

The shooter, a 26-year-old former airman, Devin Patrick Kelley, was sentenced to 12 months in prison for assaulting his wife and stepson earlier; however, according to media reports the US Air Force failed to send information about Kelley’s criminal background to the National Criminal Information Center. Federal laws prohibit the sale of firearms to people convicted of domestic violence. Kelley was able to buy a semi-automatic rifle, which he used during the attack in a Texas church.

Sputnik: What kind of consequences could the US Air Force face for mishandling the information about the shooter’s criminal history?

Adam Lankford: I don’t think the air force overall will have real consequences. If you think that it was an honest mistake, an oversight although obviously a deadly and terrible one, I do think they will review their practices. But unfortunately I have studied a number of mass shootings and it fits within a pattern so if we think back to the Orlando shooting, the FBI interviewed that suspect in advance and didn’t realize what a serious threat he was.

There have been a number of other cases where the law enforcement and the authorities had information, but they couldn’t prevent an attack. It’s a larger pattern not isolated to the air force itself.

Sputnik: President Donald Trump recently said that mental health problems were the reason for the latest mass shooting and not gun ownership. What is your particular take on this?

Adam Lankford: Frankly I don’t know if he believes it. If he was right then countries with the highest suicide rates would have the highest number of public mass shooters. But we have the most mass shooters and we are at number 48 worldwide in terms of suicide rate so that doesn’t hold up for scrutiny when you look at the global context.

Sputnik: Are there any other ways to prevent mass shootings in the future?

Adam Lankford: There are other things we can do. I have been working on guidelines for law enforcement, for mental health counselors and regular citizens to identify warning signs of these offenders. If, for example, there was anything the family members of this church shooter could have seen in advance, that’s what currently I am working on.

In addition, I think it’s important for the media to change how they cover these attackers, so in the United States these attackers get tremendous amounts of fame that’s a motive  for them. Unfortunately when you give them fame by publishing their photos and their names that contributes to the problem.