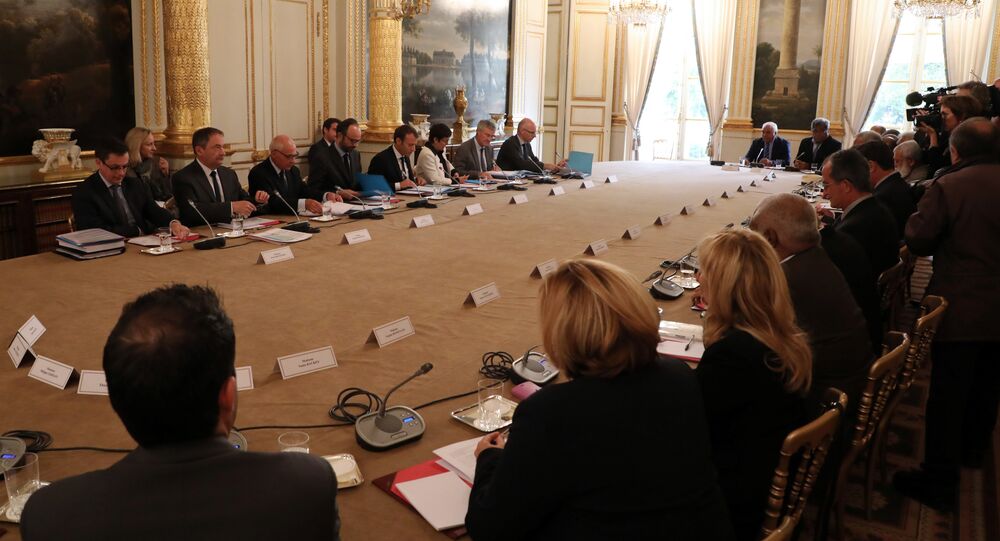 Following the Catalan plebiscite in Spain, the 2018 independence vote in New Caledonia has raised concerns about secessionist movements around the globe. Speaking to Radio Sputnik, Dr. Alex Vines, research director of Area Studies and International Law at Chatham House, predicted an increase in the number of independence referenda globally.

Dr. Alex Vines: There are 155,000 voters who are eligible to vote in the [New Caledonian independence] referendum next year, but you could basically break that down to two distinct ethnic blocs: There are 84,000 Kanaks, the indigenous population of New Caledonia — almost all of them generally favor independence — and 71,000 non-Kanaks [who] are Europeans and some other [people] from Pacific countries and Vietnam, China — they favor the status quo, so, they favor Remain. What that really means is that there are about 13,000 votes that will decide the outcome of the referendum next year.

Sputnik: French President Emmanuel Macron has said that he hoped that New Caledonia would remain a part of France. What steps can the French state take to ensure that it actually happens?

Dr. Alex Vines: The French government is pumping a lot of money and extra attention into New Caledonia [ahead] of the referendum. So, whatever the result, New Caledonia is definitely benefitting from this referendum at the moment given the policy interest in focus that Paris should retain New Caledonia. Neighboring states that have been in the past independent neighboring Pacific countries usually supported New Caledonian independence. Not that they oppose it, but they have in recent years been more conciliatory allowing New Caledonians to be more engaged in… Pacific Ocean deliberations, and that's a significant change. I think that's to do with geopolitics that's being seen as a balance to growing Chinese activities in the Pacific region.

Sputnik: If the majority of voters back independence from France, how will this impact the EU stance in regard to Spain and Catalonia in the European Union?

Dr. Alex Vines: It is very different from Catalonia: it isn't a departure, this is not a reunion, it's not Martinique or Guadeloupe who are seen as integral parts of France. It is a French colony, that's very different from Catalonia in that regard. The French have full control of foreign relations, defense, justice, currency and credit. I don't think it would have any implications on the Catalonia debate.

Sputnik: What's your opinion on the current trend of referendums sweeping through Europe? Do you think more will follow? What do you think we should keep our eye on?

Dr. Alex Vines: It is a response to globalization. We see this globally. […] It's not unique anywhere. This is about globalization and people being more worried about the pressures of globalization. New Caledonia is different: This is about self-determination and independence of something that is a classic colony different from some [entities] which are more federative — I mean Catalonia or, indeed, Scotland in the union of the United Kingdom. I would imagine that we are going to see more pressures for referendums of regions globally: in Africa, in Asia and, certainly, in Europe.