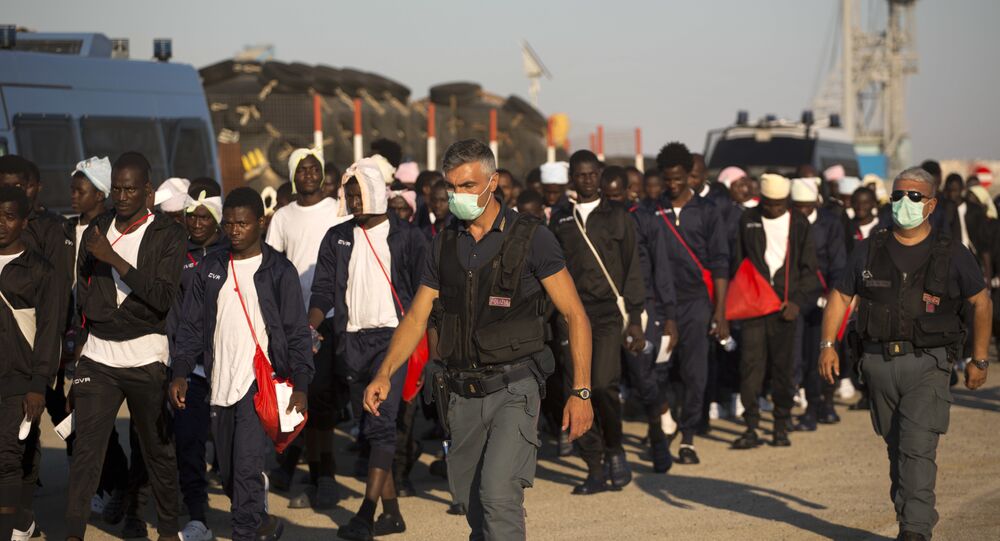 The Italian National Institute of Statistics warns in a report that by 2067, a third of the country's population will have foreign ancestry. In an interview with Sputnik Italy, Professor Maurizio Ambrosini of the University of Milan called for a pragmatic approach to the problem.

Ambrosini recalled that only 250,000 people are applying for asylum in Italy, which is less than 5 percent of 5.5 million migrants who currently reside in the country.

According to him, Italy has never succeeded in integrating migrants, who perceive it as a bridge to Europe.

"Before the 2007 crisis, Italy, like the rest of southern Europe, coped well with integration because the labor market was stable and there was a great demand for domestic helpers, nurses and nannies. We need to distance ourselves from politics and return to this pragmatism," Ambrosini said.

He added that although in the past ten years, hostile attitudes towards migrants have increased, "it can hardly be called the cause of our crisis."

Ambrosini also pointed to the EU's double standards pertaining to migration-related issues. He recalled that a few months ago, the EU and Ukraine created a visa-free regime but that at the same time, European countries are refusing to settle refugees in their territories.

"It turns out that the EU, sometimes openly and sometimes behind the scenes, pursues a policy of patronage with respect to migrants from Eastern Europe while trying to ban the entry of migrants from the Middle East," he said.

Touching upon the labor market, Ambrosini said that migrants do not take jobs from Italians and that they occupy vacancies that unemployed Italians are not interested in.

"80 percent of young Italians are currently receiving a secondary education. I do not think that they want to work in the construction sector or become nannies," he said.

He noted that in Italy, most migrants live in the richest areas, where the unemployment rate is lower. According to Ambrosini, there is no connection between migrants and unemployment.

"Instead I see a problem of perception because it is very easy to blame all the migrants without bearing in mind that in reality the problems are connected with globalization," he concluded.

The EU has been experiencing the worst migration crisis in its history since 2015.

According to the International Organization for Migration (IOM), more than 117,000 migrants have arrived in Europe by sea since the beginning of 2017, with almost 85 percent of them coming to Italy.