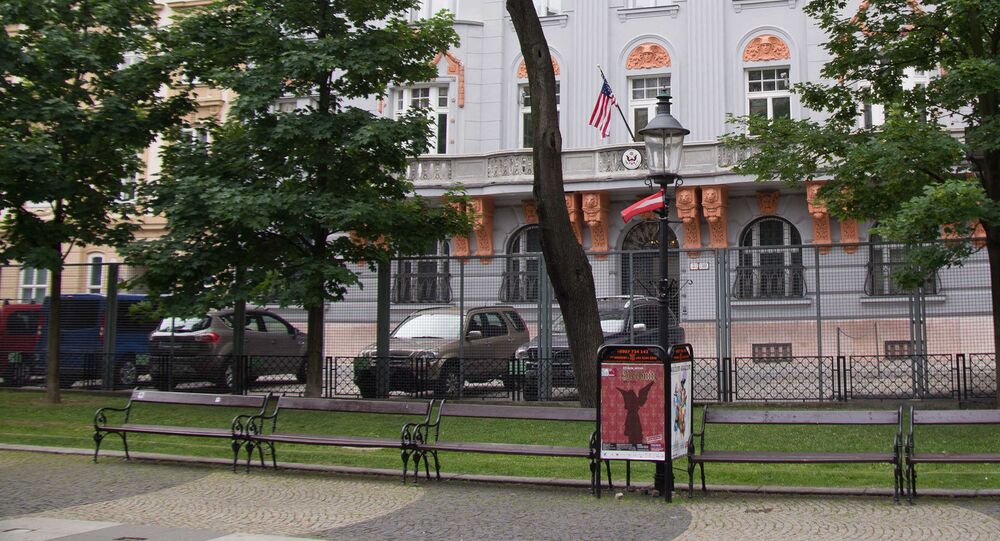 The perimeter fencing of the US diplomatic mission in the historic center of Bratislava has been the cause of continuous protests and anger of the local population. Martin Borguľa, a deputy of the local legislative assembly who has launched a petition urging the US to remove the fence, commented to Sputnik on the issue.

Earlier this year Bratislava City Council voted down a land lease for the US embassy for the plots surrounding its diplomatic premises, which sent a clear message that the controversial barrier is not welcome. The fence however still remains in place.

On September 14 one of the Slovak local courts received a petition from the Bratislava City Council to liquidate part of the property belonging to the US embassy. In two months, on November 14, there should be a hearing at the site of the diplomatic mission.

In his interview with Sputnik, Martin Borguľa, deputy chairman of the City Council and the initiator of the petition, noted that he launched it on May 10, and by the end of October it was signed by more than 14,500 residents and guests of the city.

"The signatures are is given voluntarily and I am pleased with how quickly it’s gone. I feel the majority of the city residents support us," the Slovak deputy said.

He further explained that the fencing around the US facility occupies a major part of the Hviezdoslavovo Square in the very center of the city and parts of the adjacent streets with the total area of 1,300 square meters.

"We have only one historic square in our city and I don't like when someone's tasteless fence spoils the whole view of the area. It could have been understood if it were an element of the embassy's security, however now it is only a flagrant demonstration of a lust for power and arrogance," Borguľa stressed.

He further noted that one of the hurdles which prevents the demolition of the fence is one of the clauses of the Vienna Convention on Diplomatic Relations which protects diplomatic missions. It states that the welcoming state is obliged to undertake all the measures on protections of the diplomatic premises from any violations of its tranquility or otherwise incursion and damage.

The activist however expressed hope that when it comes to the first hearings, the court will issue an order to remove the illegal fence and pay a leasing tax on the use of public space of approximately 1.5 billion euros per year.