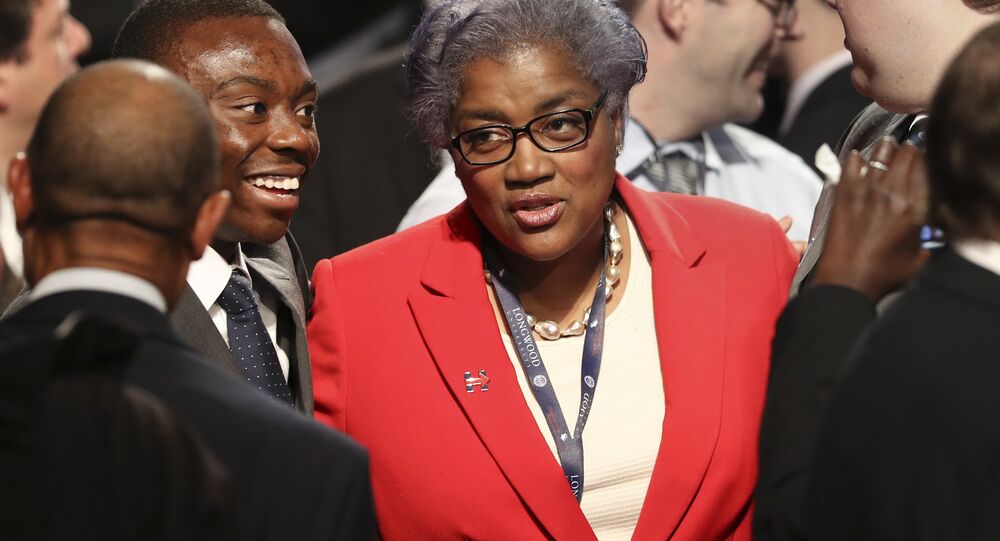 Former interim DNC Chair Donna Brazile has accused former Democratic presidential nominee Hillary Clinton of shady financial dealings that essentially rigged the 2016 Democratic primary to ensure Bernie Sanders would not have a chance at becoming the party’s nominee for president.

That Brazile is casting blame on other people for creating an unfair primary advantage for Clinton is disingenous: Brazile was complicit in the scheme and fed debate questions to Clinton prior to Democrat debates, a scandal she has expressed remorse for.

Details about the 2016 election collusion emerged in an excerpt from Brazile's upcoming book published by Politico Thursday. A fundraising agreement signed in 2015 allowed Clinton's campaign to manipulate a cash-strapped Democratic Party and funnel donations straight into her campaign coffers, aligning the interests of the former secretary of state and the party as a whole.

"We perceive Bernie supporters as those who are outside of the main Democratic circles," Anoa Changa, host of The Way With Anoa podcast, explained to Sputnik Radio's Loud & Clear program on Thursday. Those supporters saw the "one-sided control and favoritism" of one candidate over the rest of the field from August 2015 when the agreement was reached until the primary a year later, but were consistently shouted down, accused of sexism and told they weren't appreciating the "most qualified candidate" ever to run for president — and to let the Clinton coronation continue.

​The DNC, the Hillary Victory Fund (the campaign's finance arm) and Hillary For America (the campaign itself) inked a joint fundraising agreement. The accord stipulated "that in exchange for raising money and investing in the DNC, Hillary would control the party's finances, strategy, and all the money raised," Brazile said. Clinton's campaign was "grabbing money from the state [Democratic] parties for its own purposes, leaving the states with very little to support down-ballot races," but "the states kept less than half of 1 percent of the $82 million they had amassed from the extravagant fundraisers Hillary's campaign was holding."

So the DNC appeared to receive the benefit of more investment at a time when it was crushed crushed by millions of dollar worth of debt — but all that money would still be directed in accordance with the campaign's wishes.

When Clinton took over the DNC, Martin O'Malley, Lawrence Lessig, Lincoln Chafee and Jim Webb were still in the race. Sanders wasn't the only candidate who got snubbed here.

Some analysts have noted that the way Clinton and the DNC carried out the agreement broke the law. As OpenSecrets explains, an individual can contribute $33,400 per year to a party committee, and $100,200 to "additional national party accounts." The deal directs individual donations to the party to a specific candidate. By comparison, an individual may only contribute $2,700 directly to a candidate or candidate committee.

Brazile explains how it works in her Politico article: "Individuals who had maxed out their $2,700 contribution limit to the campaign could write an additional check for $353,400 to the Hillary Victory Fund — that figure represented $10,000 to each of the 32 states' parties who were part of the Victory Fund agreement — $320,000 — and $33,400 to the DNC. The money would be deposited in the states first, and transferred to the DNC shortly after that. Money in the battleground states usually stayed in that state, but all the other states funneled that money directly to the DNC, which quickly transferred the money to Brooklyn" where the Clinton campaign headquarters was.

Clinton's campaign had also taken on 80 percent of the DNC's debt and "had placed the party on an allowance" by 2016, Brazile writes. It's difficult to imagine the party maintaining independence under such a financial arrangement.

Trump never appointed a "special prosecutor" to investigate Clinton like he promised he would. "I don't want to hurt the Clintons, I really don't," Trump said after his victory. Regardless of the president's emotional perspective, maneuvering around Federal Election Commission rules on donation limits is illegal. Indeed, if the agreement gave Clinton the authority to determine "strategy," that would obviously entail that it was the DNC's operating principle to stifle Bernie Sanders, the most popular politician in the US according to numerous polls, at any cost.

The primary wasn't to be a race, but a rubber stamp.

Senator Elizabeth Warren (D-Mass.), who ultimately endorsed Clinton as the primary drew to a close, confirmed Thursday that "yes," the race was rigged, during an interview with Jake Tapper.

Brazile recalls telling Sanders what she had discovered of the DNC's fishy financing as a horrible experience. "I told Bernie I had found Hillary's Joint Fundraising Agreement. I explained that the cancer was that she had exerted this control of the party long before she became its nominee. Had I known this, I never would have accepted the interim chair position, but here we were with only weeks before the election," Brazile recalled of her September 2016 phone call with the Vermont senator.

She doesn't say whether she told him she'd also worked to give his rival an advantage.

Brazile's article fails to underscore her own complicity in the scheme. Brazile wasn't an intern who wielded no influence at the DNC. She held the group's highest position when she stepped in as interim chair right after the DNC convention in July 2016. Emails published by WikiLeaks showed Brazile sending primary debate questions to the Clinton campaign before the debates.

After dodging the scandal for months, Brazile admitted in a March 2017 expose, "Among the many things I did in my role as a Democratic operative and [Democratic National Committee] Vice Chair prior to assuming the interim DNC Chair position was to share potential town hall topics with the Clinton campaign."

In a Time essay, Brazile noted that "sending those emails was a mistake I will forever regret," before promptly resigning from CNN.

Brazile's book excerpt also reveals her continued participation in the "Russiagate" narrative, another theme crafted and disseminated by the Clinton campaign and its cheerleaders. She makes continued references to "Russian hackers" when multiple Congressional probes have yet to conclude any such "hacking" took place.

This is part and parcel with the DNC's current narrative, according to campaign tell-all "Shattered."

"To this day, the only regret expressed by Clinton or her supporters is that they couldn't place the Steele dossier in the media before the election, though it wasn't for lack of trying," Real Clear Politics points out.

The Curtain Rises on Dossier Scandal: The Role of Clinton, DNC and FBI

FBI Requested Access to DNC Servers, But Has Been Repeatedly Denied - Comey