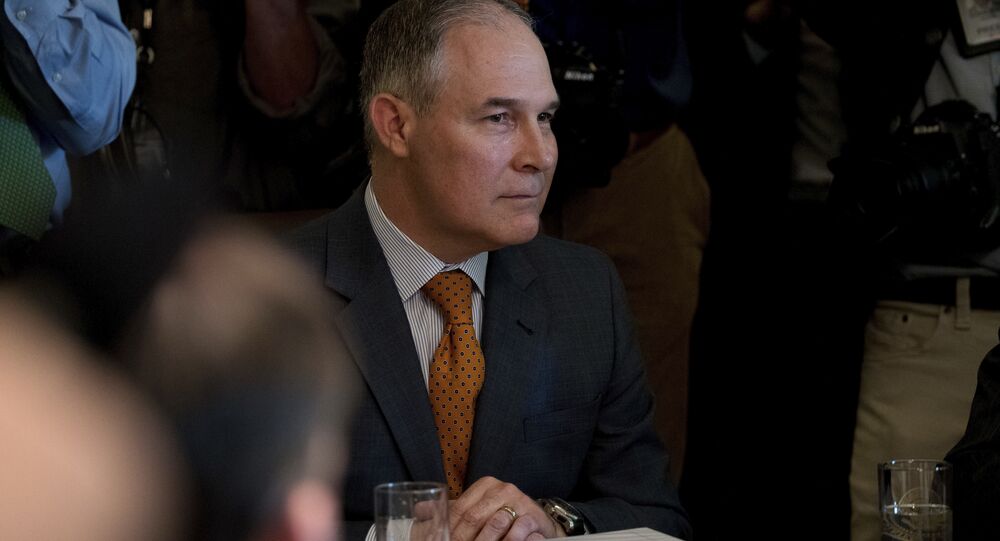 On Tuesday, Scott Pruitt, head of the US Environmental Protection Agency, announced that he intends to replace outside experts already sitting on science and public health advisory boards with new members who are not "receiving grants from this agency. They will have to choose, either the grant, or the service, but not both."

"Whatever science comes out of EPA shouldn't be political science," Pruitt, a Republican lawyer previously tied to oil companies in Oklahoma, said in a statement. "From this day forward, EPA advisory committee members will be financially independent from the agency."

"When we have members of those committees that received tens of millions of dollars in grants at the same time that they are advising this agency on rulemaking, that is not good," Pruitt explained.

Though the 49-year-old official believes scientists who receive funding from the EPA and sit on EPA advisory boards that tackle topics ranging from drinking water standards to pollution face a conflict of interest, not many agree — including professor emeritus of plant and soil science at the University of Vermont Fred Magdoff.

​Speaking to Sputnik Radio's Brian Becker and John Kiriakou from Loud and Clear, Magdoff said there's no indication whatsoever of a conflict of interest.

"What [Pruitt has] done has been called a hostile takeover of scientifically based policy making at the EPA, and narrow political interests are making the decisions, essentially," Magdoff told Kiriakou. "The excuse that there is a conflict of interest between these scientists who have gotten research monies from the EPA to do their research and end up serving on these advisory boards which are policy boards… isn't the case."

Hypothetically, such an issue would only be the case if an official who submitted an application for a grant were on a board that approved those grants and simply stepped out of the room when fellow members decided to approve or deny the funding, Magdoff explained. But this simply isn't the case at the agency, preventative measures are in place to deter conflicts of interest.

"There was no conflict of interest with these scientists serving on the board, that's just a smokescreen," the co-author of "What Every Environmentalist Needs to Know About Capitalism" said on the show, adding that the real conflict of interest comes into play when "people from the petrochemical industry or the chemical society [try] to lessen regulations to the greatest extent possible [while advising the agency]" — a thinly-veiled reference to Pruitt himself, who has spent decades fighting the EPA.

And while the US did manage to make it out from under the notoriously anti-environmentalist stance of James G. Watt, who was Secretary of the Interior under President Ronald Reagan from 1981 to 1983, Magdoff says the handling of global warming and climate change is only going to worsen as officials continue to push the issue away.

"It's just delaying action that has to be done sooner or later," the professor told Becker and Kiriakou. "Unfortunately it's going to be done later because of what's happening with this administration."

Magdoff later added that the people to be most affected by the delay would be people living in areas of poverty.

Pruitt's announcement follows an earlier statement in May that he had no plans to reappoint nine of 18 members of the Board of Scientific Counselors to serve a second three-year term, AP reported.