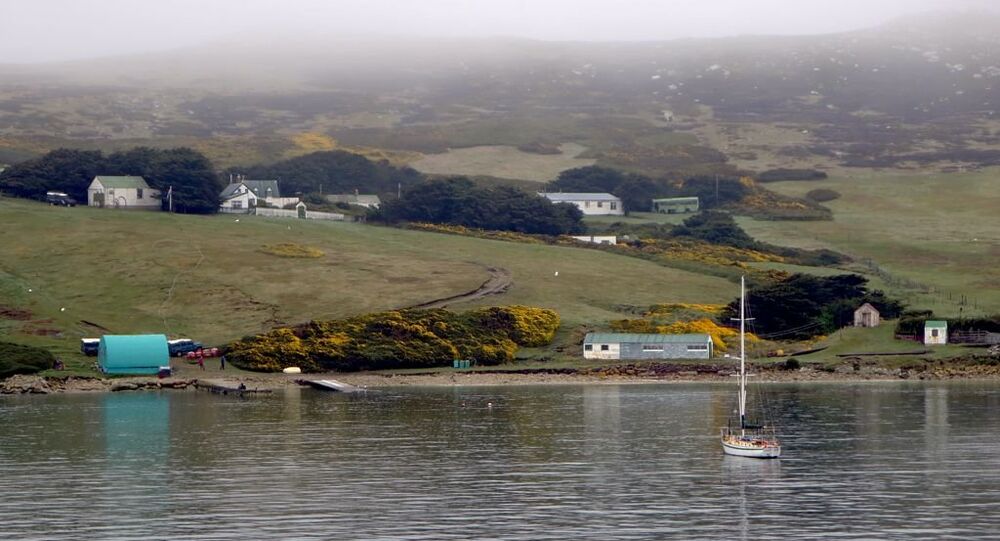 The Argentinian authorities have handed a note of protest to the British Embassy in Buenos Aires with regard to the upcoming British military exercises in the Falkland Islands (also known as Islas Malvinas in Spanish) scheduled to take place from October 30 until November 3. Sputnik discussed the issue with military veteran Ernesto Alonso.

The Falkland Islands, also known as Islas Malvinas, offer an "ideal testing ground" for the latest military technologies and the British armed forces are seeking to take advantage of it, Ernesto Alonso, a member of the Center for Former Front-Line Soldiers of the Islas Malvinas, said.

"Given the small population of the islands [about 3,000 people], the training of the British armed forces does not interfere with the lives of the locals; it gives the UK an opportunity to test both conventional weapons and sophisticated espionage devices as well as advanced technologies, including the HAARP program designed to analyze climate change," Alonso said.

The veteran is critical of the US-developed HAARP program, which he believes may secretly pursue some military goals. Alonso also strongly opposes the drills, as he is confident that they are aimed at expanding Britain's influence in the region.

© AP Photo / Natacha Pisarenko
Argentine Tempers Flare Over UK Drills on Falklands Despite Economic Deal
"It's about the militarization of the South Atlantic, which the empire [the UK] uses to seize natural resources and hydrocarbons as well as gain access to the Antarctic continent. The Falkland Islands are an ideal strategic enclave for this. What is happening affects the whole region," the veteran stated.

The Falkland Islands with an area of about 12,000 square kilometers (7,456 square miles) are a British Overseas Territory. Argentina has claimed sovereignty over the islands, located some 435 miles from the country's mainland, for decades, which had even led to a short, but terrible war in 1982. However, the majority of the islands' population wants them to remain under control of the United Kingdom.