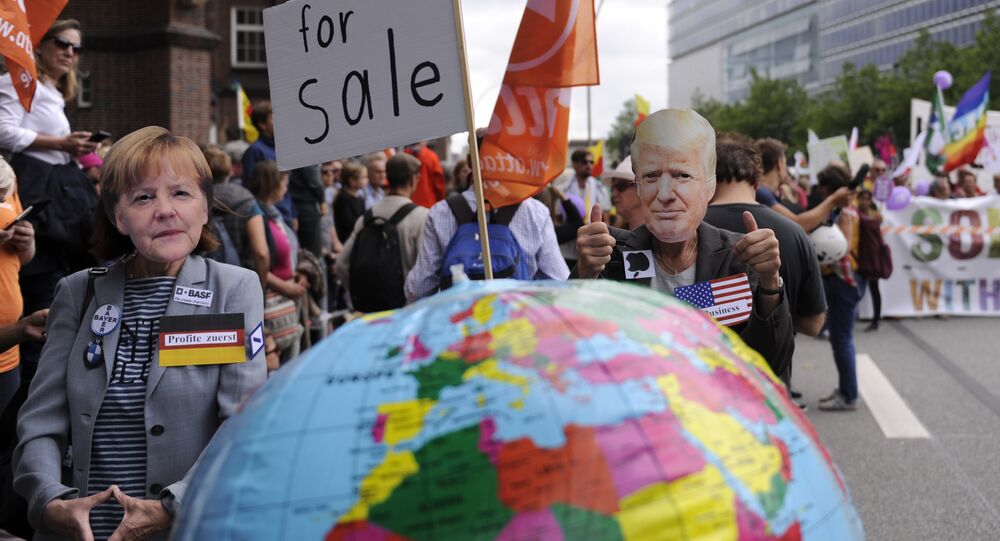 In Germany, supporters of close ties between Berlin and Washington have published an open letter suggesting a "US strategy" that will foster ties under President Trump; however, their proposals for defense and energy cooperation represent a foreign policy that benefits the US, not Germany, geopolitical analyst Wolfgang Bittner told Sputnik.

Concern in Germany about the state of the transatlantic relationship under US President Donald Trump has led a group of academics based in the US and Germany to propose a new strategy for US-German relations.

Entitled "In Spite of It All, America," and published in the German newspaper Die Zeit and by the German Marshall Fund of the United States, the so-called "Transatlantic Manifesto" urges Berlin to protect the "liberal world order" and protect its relations with the US.

The authors warn that "turning away from the United States would bring insecurity to Germany and ultimately to Europe," and that "if Germany wants to be an effective player in Europe, it needs the United States."

© Photo : President of the Ukraine Press-Service
Washington 'Using Ukraine as Trojan Horse Against Russia in Eurasia'
In the English version of the entreaty, they acknowledge that Washington and Berlin have substantially different positions on international trade, refugee policy and climate change, but may find areas of cooperation on defense and energy policy.

On defense, the authors say that Germany should strive to meet the NATO target of 2% GDP spending, and on energy they call on Berlin to reconsider its approval of the Nord Stream 2 pipeline project. The first demand is directed at US President Donald Trump and the latter is an appeal to the US Congress, which has threatened sanctions against companies working on the pipeline project.

The authors call themselves a "group of foreign policy experts from civil society." Political scientist Herrmann Ploppa, author of a book about transatlantic relations, told Sputnik Deutschland that the public address is an unusual way of getting this kind of message across.

"Normally, the transatlantic networkers do not address the general public but discreetly steer leaders and important figures in politics, associations, the media, the press and science in the right direction, through private talks and roundtable discussions," Ploppa said.

The decision by the German Marshall Fund of the US to address the press with an open letter is an unusual step. The analyst described the move as a "sign of great distress."

"This has only happened once before, in 2003 when the German government under Gerhard Schroeder, to great approval, decided to stay out of the illegal war of aggression against Iraq," Plopp remarked.

The authors of the manifesto say they are in favor of the "global norms and values," of the liberal world order, and "its open societies and markets." 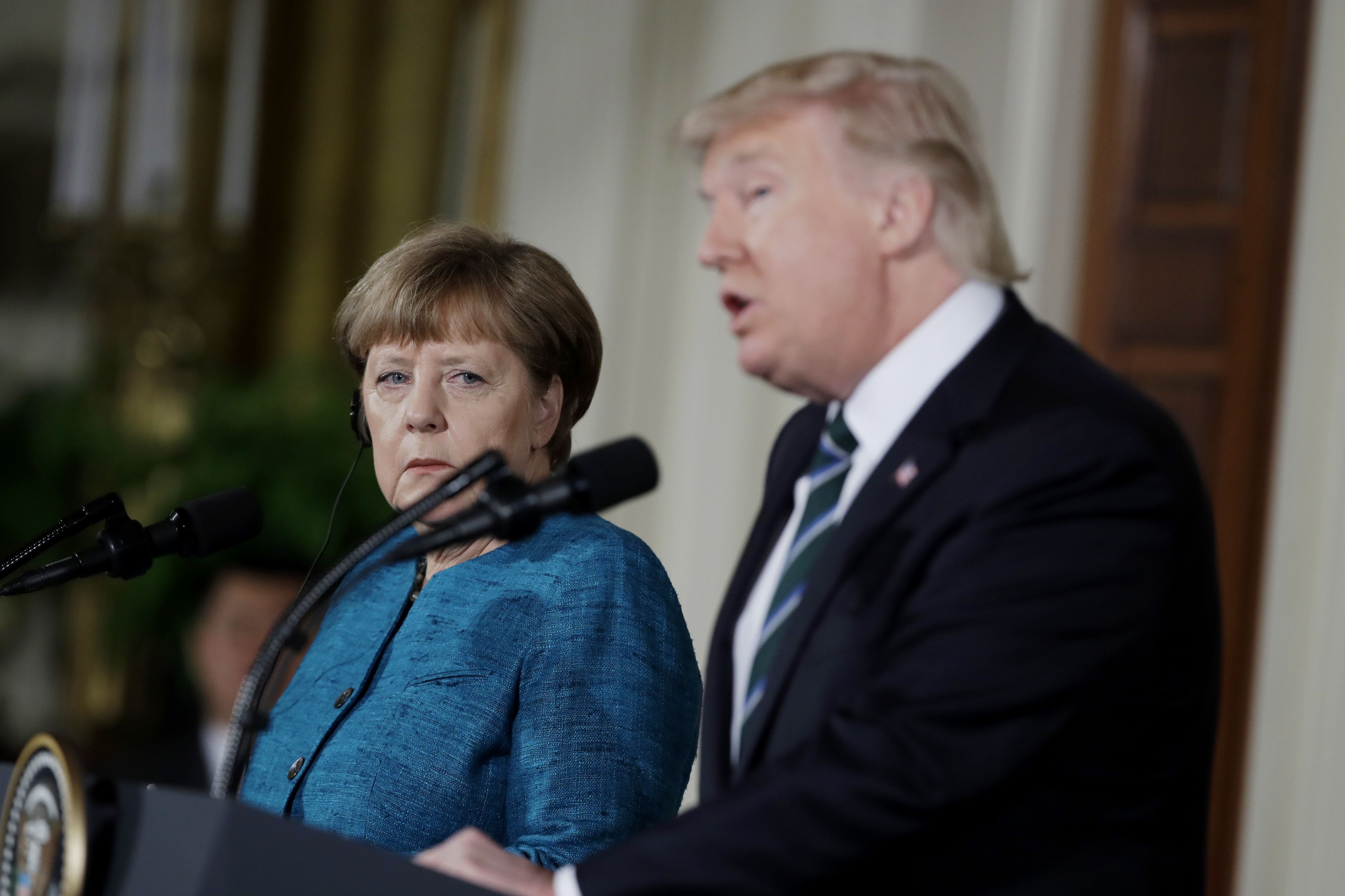 © AP Photo / Evan Vucci
German Chancellor Angela Merkel listens as President Donald Trump speaks during their joint news conference in the East Room of the White House in Washington, Friday, March 17, 2017
Acknowledging that President Trump "opposes this order by advocating a system of raw power and national interest," the main area of agreement they can find with the US government is on increased defense investment, which they seek to justify with the claim that "Russia is challenging the peaceful European order."

Political scientist Ulrich Mies told Sputnik that the ideas in the manifesto represent a "moderately severe catastrophe," "because they are orientated completely on the old policy of confrontation, which Western countries and above all the US are responsible for and want to continue."

Wolfgang Bittner, lawyer and author of the book "Die Eroberung Europas durch die USA" (The Conquest of Europe by the USA), told Sputnik that the suggestions by the analysts coincide with the wishes of the US military-industrial complex and bureaucratic structures, the so-called "deep state," which wants to continue the course chartered by former President Barack Obama.

"They are still pursuing the policies which were led by Obama. This is a long-term strategy of the USA," Bittner said. © AFP 2019 / Tobias Schwarz
US President Barack Obama (R) and German Chancellor Angela Merkel share a laugh at the booth of Harting technology group as they tour the Hanover industrial Fair in Hanover, central Germany, on April 25, 2016
Regardless of who is in the White House, "policy is made elsewhere. The president has to adapt or subjugate, he can't do anything else."

Referring to a recent speech by Stratfor Chairman George Friedman, Bittner said that these structures aim to prevent a union between Russia and Germany that would combine German capital and technology with Russia's material resources and manpower.

If that were to happen, "the USA would have a serious competitor, both economically and militarily – and that can't be allowed," Bittner remarked.

Martin Thunert, a senior lecturer in political science at the Heidelberg Center for American Studies, told Sputnik Deutschland that the analysts see Trump's period in office as a kind of transitional period, after which "the West's basic consensus of the proven, liberal, multilateral international order can be restored."

While Thunert thinks that proposal is logical, he is "unsure that the proposal about the Nord Stream 2 will be accepted by the current federal government."

In June, the US Senate approved new sanctions against Russia, and against large investors in the construction of Russian export pipelines or those providing such projects with services, technology and information support. 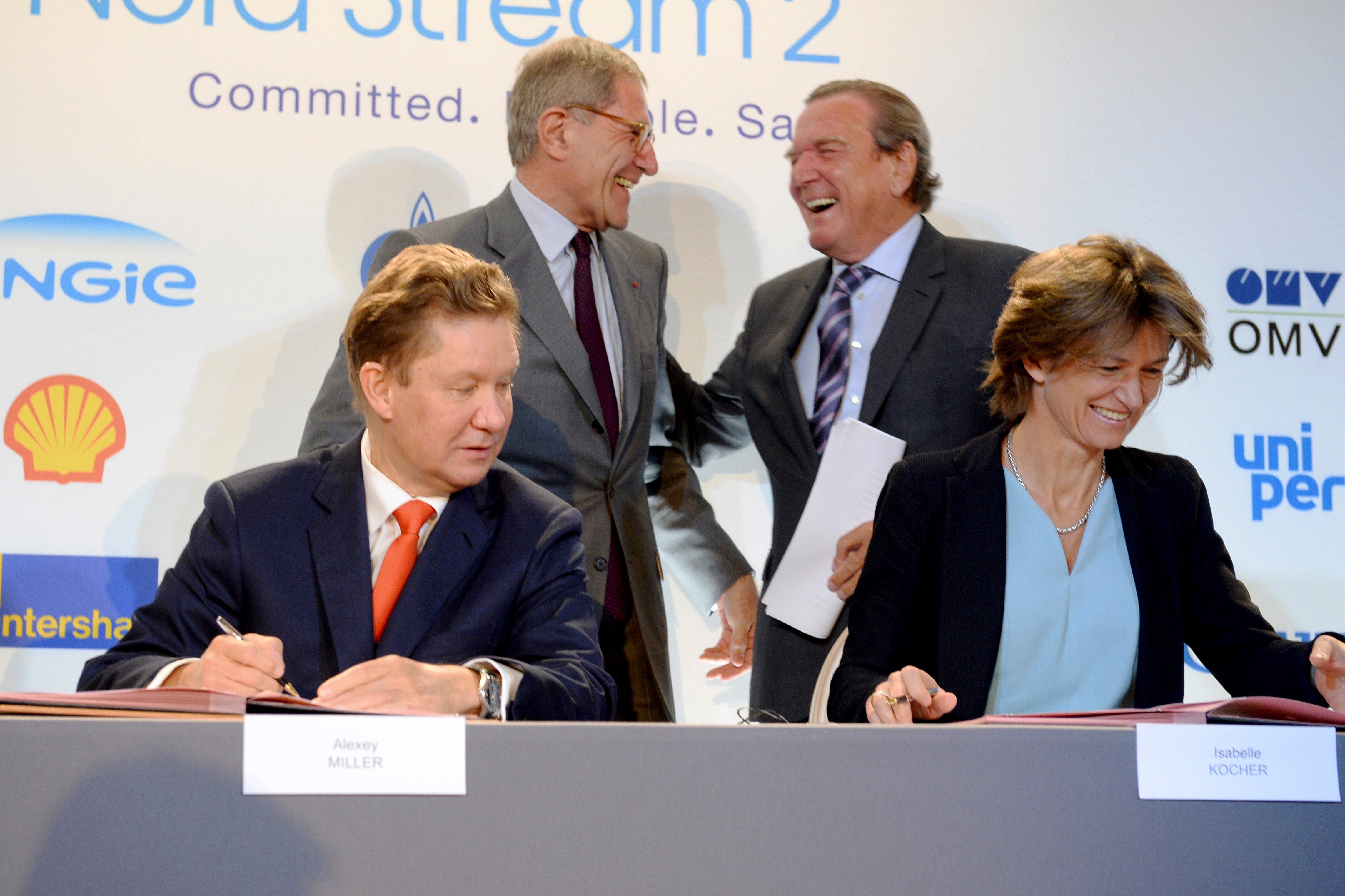 In response, the German and Austrian foreign ministries stated that "Europe's energy supply is a matter for Europe, not the United States of America," and "instruments for political sanctions should not be tied to economic interests."

The relationship between Trump and German Chancellor Angela Merkel is a far cry from the one Merkel enjoyed with former US President Barack Obama, Thunert said.

In Germany, Obama saw "the unquestioned leadership power in Europe."

"That is why he came to Berlin during the 2008 election campaign for a public rally, and not to London or Paris. For Obama's people all the roads in Europe run across Berlin – with regard to the economy as well as security. This is no longer the case."