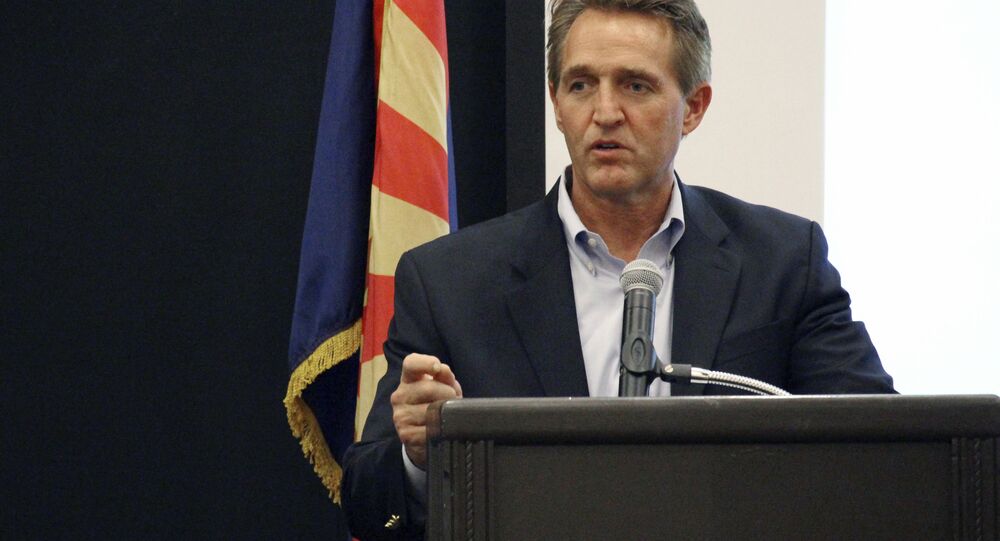 Emboldened Republicans Are Facing Off Against President Trump

Condemnation of President Trump among rebellious Republicans hit a crescendo this week, with two long-time congressmen berating the president on the same day.

During a senate speech, Senator Jeff Flake of Arizona condemned the behavior of the President as "reckless, outrageous and undignified."

He then announced that he would not be running for re-election in 2018. Flake was backed up by Bob Corker, Senator from Tennessee and the Chairman of the Senate Foreign Relations Committee, who accused the president of "debasing" the United States.

Sputnik correspondent Matt Ayton spoke to Dr. Clodagh Harrington, a senior lecturer in American Studies of De Montfort University, about whether this is the beginning of a major split between the office of the president and the GOP dominated Congress.