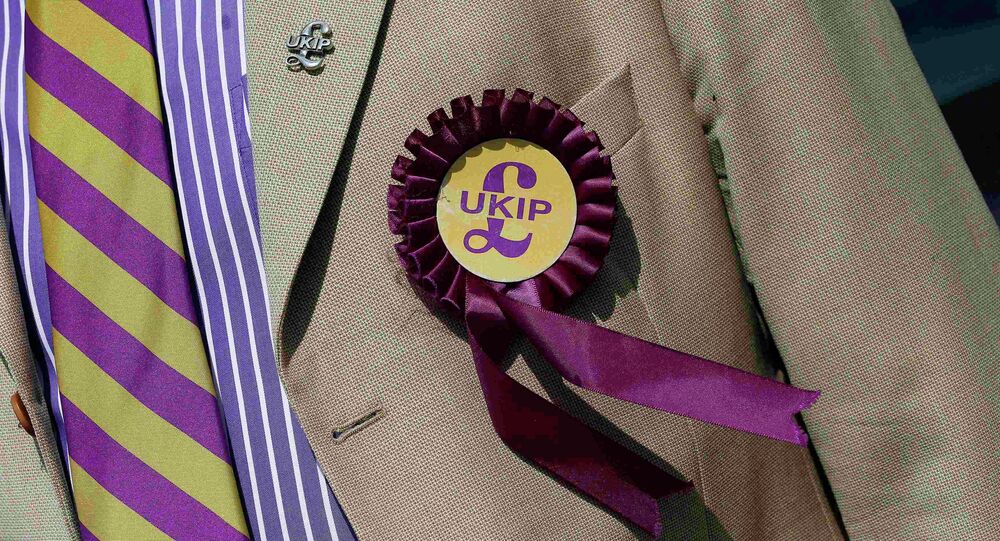 After a lacklustre performance in the 2017 UK general election, the leader of the Eurosceptic UK Independence Party (UKIP), Paul Nuttall, stood down, setting into motion an intra-party leadership battle. Henry Bolton, an OBE-recipient and a former captain in the British Army won the leadership contest with 29.9% of the vote.

The newly elected UKIP leader, Henry Bolton, has a limited amount of experience in the political sphere, having previously competed for the Runnymede and Weybridge seat in the 2005 general election on behalf of the Liberal Democrats.

UKIP supporters are hoping that, under Mr Bolton's leadership, the party will regain seats in the House of Commons, after losing their small presence in in recent elections.

He recently announced that the party would be reverting to its 2015 manifesto, while also clarifying the party's changing stance towards Islam, which contrasted to former leader Paul Nuttall's.

"Islam is not the core of UKIP by any means, managed immigration certainly is, the assimilation of immigrant communities into the UK is, we have to deal with all that in an appropriate manner," Henry Bolton told Daily Politics presenter, Jo Coburn.

Relative to his predecessors, his language and rhetoric has been significantly more reserved, in-line with his objective of adjusting the party's positioning on the political spectrum to appeal to a wider segment of the electorate.

There is likely to be a new party for more hardline UKIP supporters to back, with runner-up in the leadership election, Anne Marie Waters, announcing plans to leave UKIP, and create the For Britain party.

Both Nigel Farage and Henry Bolton have branded her and her backers as "Nazis and racists," and her new party is widely expected to advocate her hardline views on immigration and Islam.

A UKIP spokesperson indicated they weren't concerned by the split, as the defectors are fundamentally incompatible with UKIP's ongoing evolution, therefore, the defections will result in a more unified party.

Unsurprisingly, despite a change in leadership and shifting policy stances, UKIP still advocates for the UK's complete withdrawal from the European Union.

"Our new leader Henry Bolton will be directing our attack. He has just put together a very able team of spokespeople and met with the National Executive Committee [earlier in October] to get that campaign started straight away. I fully expect our strategy to be Brexit first, last and always. Only UKIP push for full freedom from the EU with a real withdrawal. Theresa May swindled voters into backing her party at the election with hollow EU-skeptic noises. Jeremy Corbyn, a critic of the EU for decades, has allowed himself to be bullied into backing a 'soft Brexit' by the Blairites in his party," UKIP General Secretary Paul Oakley told Sputnik News.

As General Secretary, Mr. Oakley is primarily responsible for dealing with inter-party disciplinary matters, while also serving as a member of the National Executive Committee.

Syria: 'Cameron an Idiot of a Prime Minister'

With regards to the Syria crisis, UKIP has previously backed cooperation with Russia and the Syrian government to defeat the coalition of Islamist terrorist groups which have plagued the country for over five years.

UKIP's non-interventionist stance may resonate with the UK electorate, who have repeatedly indicated their overwhelming opposition to intervention in wars designed to effect regime-change.

"UKIP were proud to oppose intervention against Assad in 2013. And we were right. David Cameron's urge to back the Nusra Front, which partly-developed into ISIS [Daesh], shows that he was truly an idiot of a prime minister. We should stay well-clear of any policy of regime change. After all, this has always had disastrous past results. Non-intervention should be our watchword. True Syrian refugees have largely fled to neighbouring countries. The migrant influx to Europe has very little to do with that conflict and must be stopped," Mr. Oakley told Sputnik.

In 2016 alone, Germany spent over US$27 billion on migrant welfare, and, according to estimates by the German government, which have previously been inaccurately low, over US$110 billion will be spent by 2020.

The poor handling of the migrant crisis has allowed other populist and right-wing parties to gain momentum across Europe, most recently in Germany and Austria.

Because only a few thousand Syrian migrants have moved to the UK, UKIP is unlikely to experience such a large surge in support in response to the migrant crisis.

Instead, to attract sizeable support and improve electoral performance, Henry Bolton is seemingly driving the party away from hardline controversial policies, in favor of more reserved, sensible and palatable alternatives.

Although this trajectory could indeed attract more support, the party runs the risk of losing its traditional supporter base, who have largely endorsed the somewhat incendiary rhetoric of UKIP's former leaders, and other candidates in the recent leadership election.

"We have been thwarted in the past by the unfair first-past-the-post voting system and will continue to make the case with others for proportional representation. I do expect us to win seats at the next election. This will be the inevitable consequence of attempts by malign parties, institutions and individuals to betray Brexit. The 52% will not take such duplicity kindly and UKIP is the only party which will stand up for them," Paul Oakley concluded.

Be Careful What You Wish For: UK Election Leaves UKIP Ravaged by Brexit Process