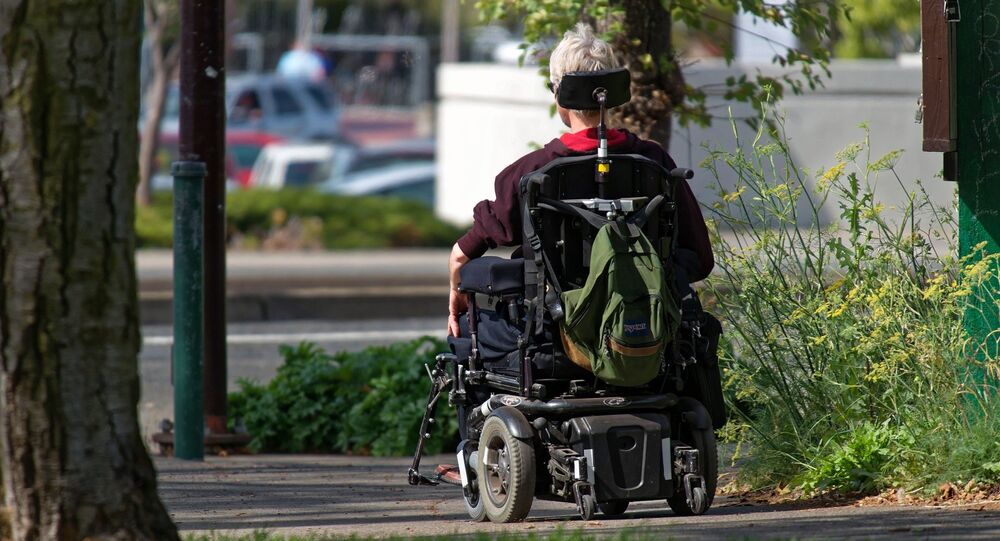 EU's Senior Population and Economy: 'Society is Ready for This' - Researcher

A new study has shown that one in several elderly Europeans will be disabled or gravely ill in 30 years. One of the authors of the study, Daniela Weber, assistant professor at the Vienna University of Economics and Business, explained why this trend would not be necessarily bad in economic and social terms.

Sputnik: Tell us more about the findings of the study. What are the main reasons behind this trend?

Daniela Weber: We have investigated severe long-term activity limitations and we’re wondering how the trend will be, thinking that the European population is supposed to age and we’re going to have a higher share of older adults.

We actually showed that the share of older adults with severe limitations doesn’t really change within the next 30 years and we really don’t expect big changes…. Some like to show a bit more extreme picture than others, but we can’t really expect also having more old adults, the share doesn’t change. Just in absolute numbers, we expect more older adults.

Sputnik: Will this hit only the EU or will it be a wider phenomenon around the rest of the world?

Daniela Weber: We did the study on 26 European countries but if we have a look at UN population projections, for instance, there are many more countries, including emerging countries, which will face this ageing trend, like demographic changes in their population structure. They’re going to expect more older adults because people tend to live longer.

The same trend can be found when it comes to health. The share of unhealthy population doesn’t really change much and we’re not able to give any predictions on that. That’s very dependent on countries and how countries develop.

Sputnik: In your opinion, is modern society ready to deal with this problem and how will it change the work of healthcare systems?

Daniela Weber: Well, I think that modern society is ready for this. According to my opinion, it is not really a problem. As I mentioned, the shares are not changing, and we only have a change in absolute numbers. So definitely there is some demand on policymakers to be focused on this issue and there are definitely some challenges for healthcare systems, but overall that is not necessarily bad because older adults are not necessarily unhealthy. We just have more because the absolute numbers are increasing, but in terms of the share we won't have more.

Sputnik: In terms of the impact on the economy, what kind of effect should we expect?

Daniela Weber: It depends on how economies deal with this trend because if there is a change where older adults are integrated into the labor market it can have a positive effect as well on the economy. And it might not be that positive if they are excluded, of course. But, so this is dependent upon how economies and societies respond to these demographic changes.

And I mean it is also very much dependent on how, like my colleague Sergei Scherbov did a lot of work on it, in his EIC project as well, how you properly measure this. He showed, for instance, that 65-year-olds are of much better health and are aging much better than they used to 20 years ago. So if we just look now at 65+, their percentage doesn’t change in terms of their health, justin their overall numbers. And actually what we shown or by Sergei, they are more active and have more abilities than they used to have.

Daniela Weber is Research Scholar with the World Population Program at The International Institute for Applied Systems Analysis and an assistant professor at the Vienna University of Economics and Business.

A Step Towards Eternal Life: Scientists Find a Way to Reverse Ageing

A Quarter of Adult Americans Have No Emergency Savings