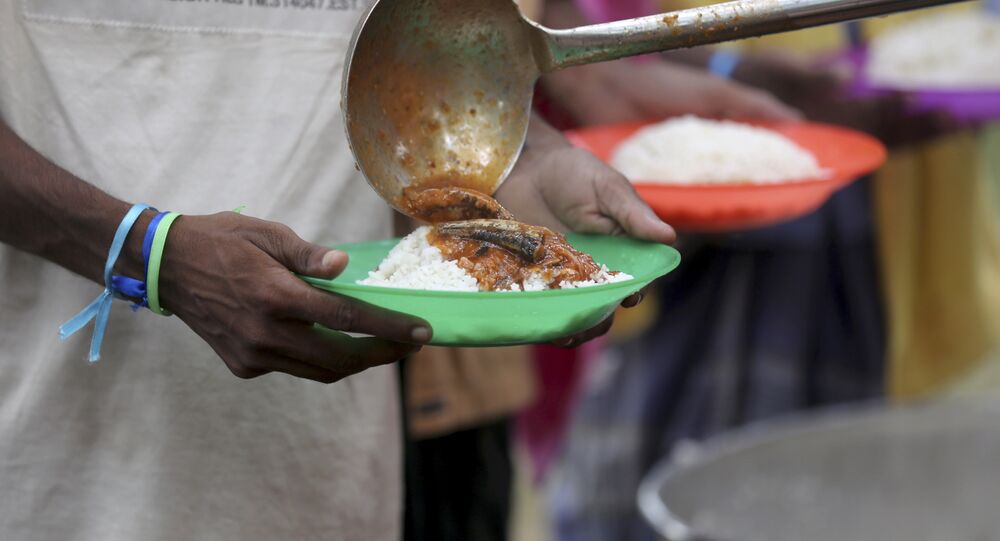 Phil Robertson, deputy director of Asian Division of Human Rights Watch, shared his perspective on the US sanctions against the leadership of Myanmar with Radio Sputnik.

© AP Photo / Esther Htusan
US Revokes Aid to Myanmar Military, Eyeing Sanctions Over Rohingya Crisis
Just a year after the United States lifted its trade sanctions against the government of Myanmar, Washington is considering re-imposing them. In a statement, the US secretary of state announced "economic options" and a "human rights law" targeting leaders involved in violence against Myanmar's Rohingya minority.

While some believe it's already too late to solve the Rohingya crisis with sanctions, Robertson, disagrees.

But the impact of the sanctions is far from being universally good.

The problem with the sanctions is that there's a risk they could crush the already struggling Myanmar economy, and that the Rohingya who do return will find themselves in impoverished conditions. But the economic impact goes further, Robertson points out, because overseas companies might grow reluctant to do business in the country because of the risks involved — just when they were being drawn to the newly opened Southeast Asian nation.

"There is concern within the business circle that the risk element of being involved in [Myanmar] is rising again. There used to be a real penalty with consumers if you operate in [Myanmar] — they would boycott you and nobody want to do business with you. […] Now we see a greater concern in the business circles that not only is the government is doing the wrong thing here, but it's not constraining the military in the way that would uphold the kind of rule of law, and transparent operation of both economy and law that investors want to see," Robertson explained.