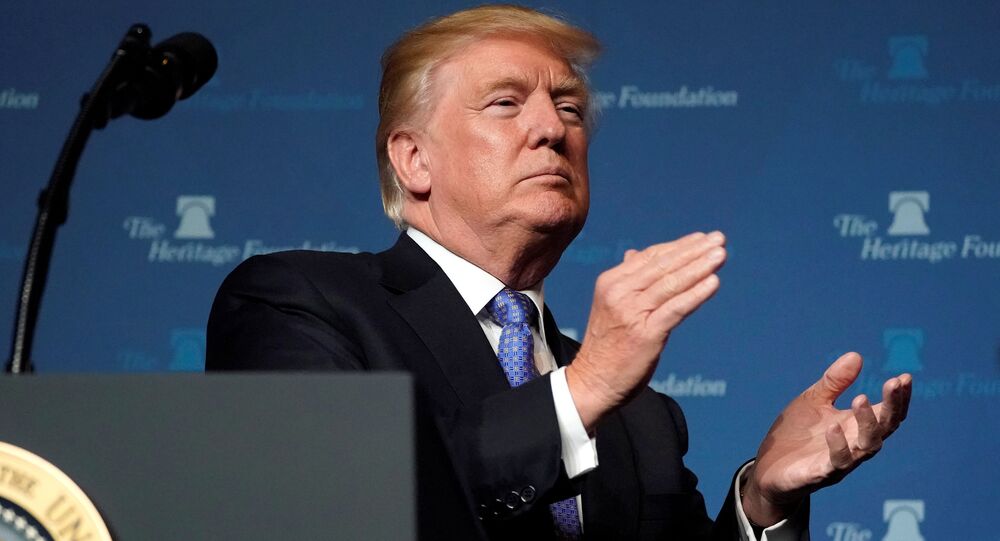 Trump Playing Game of 'Interpreting' Iran Deal as He Wishes

The International Atomic Energy Agency (IAEA) announced this week that its inspectors have not yet found any evidence to show that Iran is violating the terms of the 2015 nuclear agreement it signed with the five members of the Security Council plus Germany in 2015, following President Trump's decision to decertify the agreement last week.

The Trump administration continues to assert that Iran is in violation of what it calls "the spirit of the agreement," despite no such terms being mentioned in the Joint Comprehensive Plan of Action itself, and continues to ignore the findings of the IAEA.

Sputnik spoke to Iranian journalist Hamid Reza Gholamzadeh about what the possible underlying political motives behind Trump's behavior could be.

Sputnik: The US continues to argue that Iran is violating the spirit of the 2015 nuclear deal signed with Iran, but of course this "spirit" is not mentioned in the actual Joint Comprehensive Plan of Action. How can the US possibly impose its own terms onto a multiparty multilateral deal?

Hamid Reza Gholamzadeh: Well, unilaterally talking about the spirit of a deal which is multilateral and international and is made up of several participants is something strange in international politics. You cannot talk about the "spirit of something" as you wish when you have the words written on paper of the deal. Of course everyone can have their own interpretation of the deal, but you can't assert it as you wish, but that's the game that president Trump and his administration have started playing over the recent days and months.

Sputnik: So, the Trump administration continues to ignore the findings of the IAEA which say that Iran is in compliance with the deal. What are the underlying political motives of this do you think, and are we seeing a continuation of Bush-era policies of aggression toward Iran, despite the facts?

Hamid Reza Gholamzadeh: Some parts of Trump's approach are similar to what President Bush was doing against Iran. He, of course, called Iran part of an "axis of evil" at that time and now we have President Trump insulting the Iranians and the Iranian government calling for regime change and such things.

But, in some ways it is different; perhaps we can call it an updated version of the Bush agenda, because both of them follow a policy for regime change in the Islamic Republic of Iran. Trump, like Bush, still wants to be the hegemon in the Middle East, but he knows he cannot achieve that through military action, unlike president Bush, who was hopeful that maybe he could after attacking Afghanistan and Iraq, he thought that maybe he could attack Iran militarily. Trump is a little different.