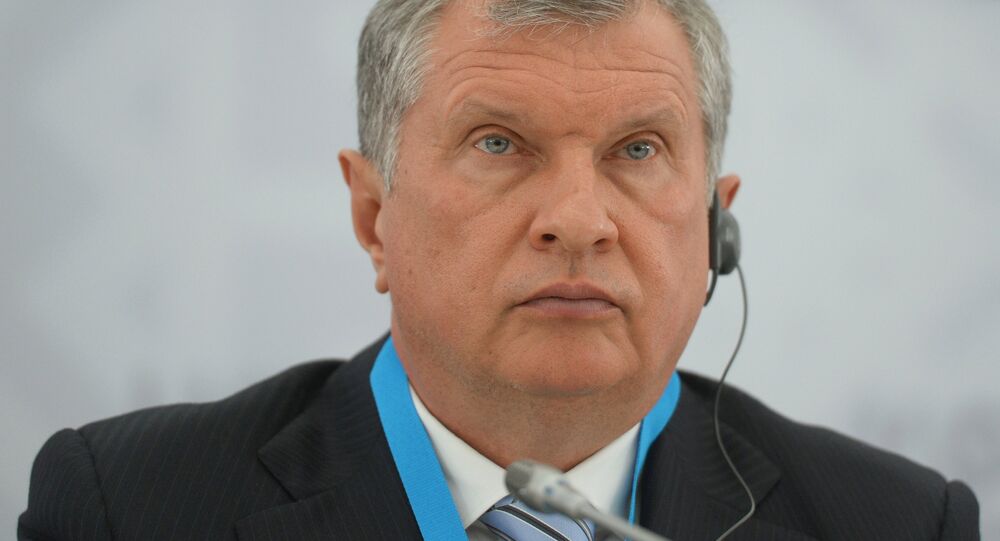 Eurasia is not only a geographical term that identifies the biggest continent on Earth, it is also a geopolitical notion which stands for the close cooperation and integration between Europe and Asia. However, there are some political initiatives that tear Eurasia apart.

VERONA (Sputnik) — On Thursday at the 10th Eurasian Economic Forum the head of Russia’s state oil company Rosneft, Igor Sechin, delivered a speech in which he divided numerous projects of international integration in Eurasia in three groups according to their contribution to the unity of both parts of the world as well as he developed a fourth category which Eurasia needs.

The first group of projects, according to Sechin, comprises semi-open types of integration with deep economic cooperation that do not involve large-scale expansion. As an example he cited "the European Union, which is currently building a single energy market, and the Eurasian Economic Union, which is building single markets of electric power, gas, oil and petroleum products."

© AFP 2021 / YASUYOSHI CHIBA
EU and Mercosur: Why 'Economic Integration' Has Nothing to Do With 'Free Trade'
The European Union (EU) was created after the Second World War first of all as a means to contain a possible agressor using close economic ties. The idea behind it was that countries are less likely to resort to the use of force against each other if they are interdependent in the sphere of economics. By the present moment the EU, which in 1958 comprised Germany, France, Italy, Belgium, Netherlands and Luxembourg, has embraced 28 European countries (including Great Britain which has already launched the process of withdrawal) incorporating them into the single economic market and later evolved into full-fledged political union.

The prototype of the Eurasian Economic Union (EEU) appeared in 2010 in the form of a customs union in the post-Soviet area. In 2014 it was transformed into the EEU with a single market, however, the joint currency was not implemented. By the present moment Eurasian Union includes Armenia, Belarus, Kazakhstan, Kyrgyzstan and Russia as member states.

The second kind of project, which includes the Council of Europe and the Shanghai Cooperation Organization (SCO), are an open type that does not presume such deep integration as the first kind, but is more comprehensive. Although these projects "only encompass separate parts of Eurasia," they also triy to build economic and political bridges between the countries, said Sechin.

© REUTERS / Marko Djurica
Serbia Strategically Focused on European Integration - PM
The Council of Europe is the oldest international organization on the continent whose aim is to protect human rights and uphold a democratic rule in Europe. It was founded in 1949 and groups together western European countries as well as Eastern Europe including Russia. The US has a status of observer. The organization pioneered in the struggle for the abolition of death penalty making it a precondition for the membership and continues to fight actively against racism and all forms of discrimination.

Shanghai Cooperation Organization (SCO) was created in 2001 as a political, economic and security organization in Eurasia embracing such countries as Russia, China, Kazakhstan, Kyrgystan, Tajikistan and Uzbekistan.

Finally, the third group is represented with projects that are aimed at splitting Eurasia instead of uniting it. The 12-nation Trans-Pacific Partnership (TPP) between the Pacific Rim nations and the US-EU Transatlantic Trade and Investment Partnership (TTIP) are examples of such initiatives, according to the Rosneft CEO.

"Notably, it’s these projects specifically that are falling apart right in front of us. And the reasons are not just the actions of the US administration, both the old and the new ones, but, clearly, in fundamental flaws in the very idea to split Eurasia by drawing its edges in the gravitational field of the Western Hemisphere. Surprisingly for many, it turned out that the gravitational field of Eurasia itself is stronger than any external influences," Sechin explained.

© Sputnik / Maksim Bogodvid
EU States' Internal Problems Reason For Serbia's Slow Integration Into Union
The Trans-Pacific Partnership (TPP) was designed as a pact facilitating the trade between its participants in the form of unification of the tariff regulations and trade rules. The deal was criticized as rigged in favor of big business and corporations ignoring the economic benefits of the people. After Donald Trump ascended to presidency he abandoned the pact. However, it doesn't mean the termination of the deal since member states suggest different alternatives though in smaller format.

The TPP is not to be confused with the Transatlantic Trade and Investment Partnership (TTIP) which is a proposed trade pact between the European Union and the US with the aim of cutting tariffs and trade regulations in order to promote cooperation between the partners.

In conclusion Sechin indicated the lack of the projects of the fourth group. He noted that its main feature is that these integration projects "build binding bridges, infrastructure and economic corridors from the European borders of the Atlantic and the Arctic oceans, and to the Asian coast of the Pacific and Indian oceans."