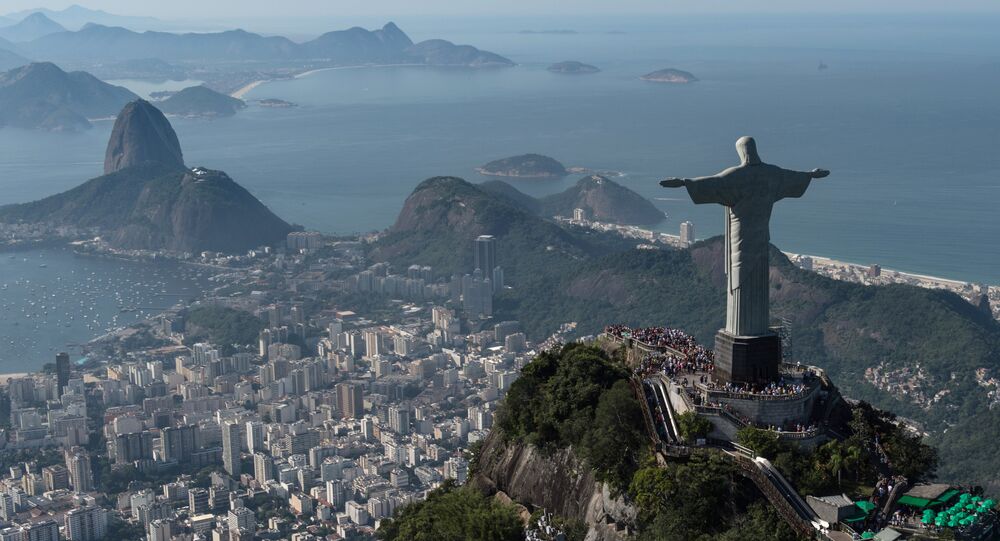 The EU has yet to sign an ample trade agreement with Latin America's Mercosur bloc. Although the two organizations are built on free market principles, their policies are imposing further restrictions on its members, nullifying the very idea of free trade, Uruguayan jurist Ramiro Chimuris told Sputnik.

The much discussed "free trade" and the policy of economic integration are nothing but "euphemisms," Ramiro Chimuris, a Uruguayan jurist told Sputnik Mundo, sharing his views on the evolution of protectionism with regard to economic unions of developed countries such as Mercosur — the South American Common Market.

"The protectionism of developed countries is imposing its policy on developing countries," Chimuris, who serves in the Committee for the Abolition of Illegitimate Debt (CADTM), stressed.

The jurist drew attention to the fact that the negotiations within global trade and financial organizations "are becoming more secure and closed," so it has nothing to do with the idea of a transparent free market.

© AFP 2021 / Lars Hagberg
Trump NAFTA Proposals 'Undermine the Entire Agreement'
He pointed out that despite numerous efforts, the real integration of the Mercosur countries — namely Argentina, Brazil, Paraguay, Uruguay and Venezuela — has never occurred. Caracas' membership in the organization has been suspended since December 1, 2016.

"The process of political integration was weak, because it depended on the ups and downs of those who ruled the founding countries, and then those who joined," the legal adviser explained.

He asked rhetorically to what extent commercial agreements are really "free."

"The internal rules of Mercosur and the agreements it signs are in fact the norms of protectionism, which instead of giving freedom, are binding [its members] hand and foot and imposing obligations," Chimuris said.

© AFP 2021 / FRED DUFOUR
Russian Chief WTO Negotiator Calls New US Sanctions 'Cynical Protectionism'
At the same time, referring to the World Trade Organization, he highlighted that the entity "is a pool of companies, not just countries."

The scholar explained, "The International Chamber of Commerce (ICC), which includes 140 of the world's largest transnational companies, is part of the WTO and a conglomerate called the Global Compact operating within the United Nations."

The jurist underscored that "contracts should be transparent, with clear rules for the countries, so that they know what investments are being made."

Mercosur was founded in 1991 with Argentina, Brazil, Paraguay, and Uruguay signing the Treaty of Asuncion. The agreement was viewed "as a step in efforts to bring about Latin American integration," aimed at modernizing the participants' "economies in order to expand the supply and improve the quality of available goods and services."

The treaty called for the "free movement of goods, services, and factors of production between countries." In accordance with the deal, Mercosur members pledged to eliminate customs duties, adopt a common trade policy toward foreign countries and blocs and implement a common tariff for imported goods.

It was expected that the participants of the treaty would create a common market modeled on the European Union, while former Argentinean President Carlos Menem "suggested that Mercosur should have a common currency," The Wall Street Journal reported in 1998.

However, according to the Council of Foreign Relations (CFR), an influential US think tank, although the bloc saw a tenfold increase in trade in the 1990s, it "has since failed to live up to its ambitions of integrating the region."

© Wikipedia / BotMultichillT
Trump Clashes With Chamber of Commerce, Businesses Over Proposed NAFTA Changes
The group is not united, the CFR wrote, citing a one-year suspension of Paraguay in 2012 and indefinite suspension of Venezuela in 2016.

For comparison's sake, at that time NAFTA, comprising the markets of the United States, Canada and Mexico, had "450 million consumers and a combined gross product of about $14 trillion," according to the newspaper.

Still, in 2016 Venezuela's membership in the bloc was halted for failing to fulfill membership requirements. Commenting on the issue, Venezuela's Foreign Minister Delcy Rodriguez stated that Caracas fell prey to "a coup at the heart of Mercosur," adding that "an illegal Mercosur is being born."

Reuters noted that while the bloc was created a decade ago with a strong leftist sentiment, the ideological split within Latin America shattered the institution.

Over the past decade Mercosur and the EU have been negotiating a trade agreement, which covers a wide range of issues including tariffs, technical barriers to trade, services, government procurement, sustainable development and other matters.

However, the EU's offers during a recent round of talks between the two blocs in early October 2017 was called by Brazil and Argentina "disappointing" because of Brussels' ethanol and beef quotas. It still remains unclear whether the unions will ink an ample trade deal this year.

'Do Not Work': Kiev Unhappy About Free Trade Zone With EU, Wants to Update Deal