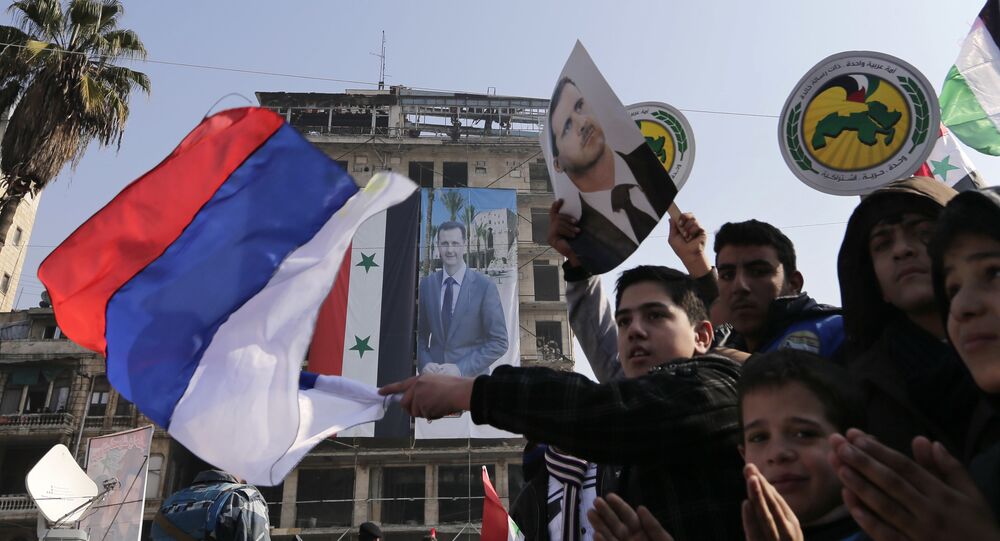 The political settlement of the Syrian conflict is hardly possible without taking into account the Kurdish problem and for their part Syrian Kurds wants to further develop relations with Russia as a country that has clear goals in the crisis, Kurdish politician Salih Müslim, ex-chairman of the Democratic Union Party (PYD), said.

Speaking with Sputnik Kurdistan, Müslim commented on the relations of Syrian Kurds with the United States and Russia, underscoring the serious difference between Moscow’s and Washington’s policy in the region.

"Russia’s interests are transparent while US interests are rather unclear to many. There is a lot of uncertainty about Washington’s policy in Syria. The reason behind the Russian presence in Syria and in the Middle East is well-known," the politician said.

Müslim praised Russia’s role in Syria, saying that Moscow has significantly helped the "legitimate Syrian government" led by President Bashar Assad and "changed the balance of power" in the region.

"We [Syrian Kurds] hope that it is Russia who will play the key role in the democratic solution of the Syrian crisis," he said.

© AP Photo
Over 90% of Syrian Territory Liberated From Daesh Terrorists - Russian MoD
Pointing out Russia’s efforts to involve Syrian Kurdish representatives in the Geneva negotiating process and talks in Astana, the politician noted, "What is important is that Russian officials said that the Syrian crisis couldn’t be resolved in Geneva without Kurds. However, this proposal should be also implemented in practice. The fact that Kurdish representatives aren’t involved in the talks has put slowed down the Syrian settlement."

This assumption was echoed by İlham Ahmed, co-chairman of the Syrian Democratic Council. According to her, Moscow should intensify its efforts to include Kurds in the talks in Geneva and Astana.

"Russia knows that the Syrian problem cannot be resolved without Kurds. Kurds are a major force in Syria but they have not participated in the negotiations. Russia should do more to help Kurds join the talks," Ahmed said.

Kurds currently control two large areas in northern Syria. The first is the area spanning from Manbij in western Syria to the Turkish border in the north and Raqqa in the south. The second is Afrin Canton in northern Syria, one of the four cantons of Rojava, a de-facto autonomous Kurdish zone. The creation of Rojava was announced in 2016 and the region was later renamed to the Democratic Federation of Northern Syria.

© AFP 2021 / DELIL SOULEIMAN
Specter of Syrian Kurdistan: How US' Covert Plan is Taking Shape
In September 2017, Syrian Foreign Minister Walid Muallem said Damascus was ready to discuss the issue of the Syrian Kurds' self-governance once the fight against Daesh is over.

Müslim, however, was critical of the Syrian minister’s remarks, stressing that only the idea of democratic federalism earlier proposed by the Syrian Kurds could resolve the situation.

"[What Muallem has proposed] is not enough. Those standing against terrorism side by side with Kurds are fighting not only for our interests. Both Kurdish and Arab blood has been spilled in Manbij, Raqqa and Tabqa. They fought for a democratic federation," he concluded.