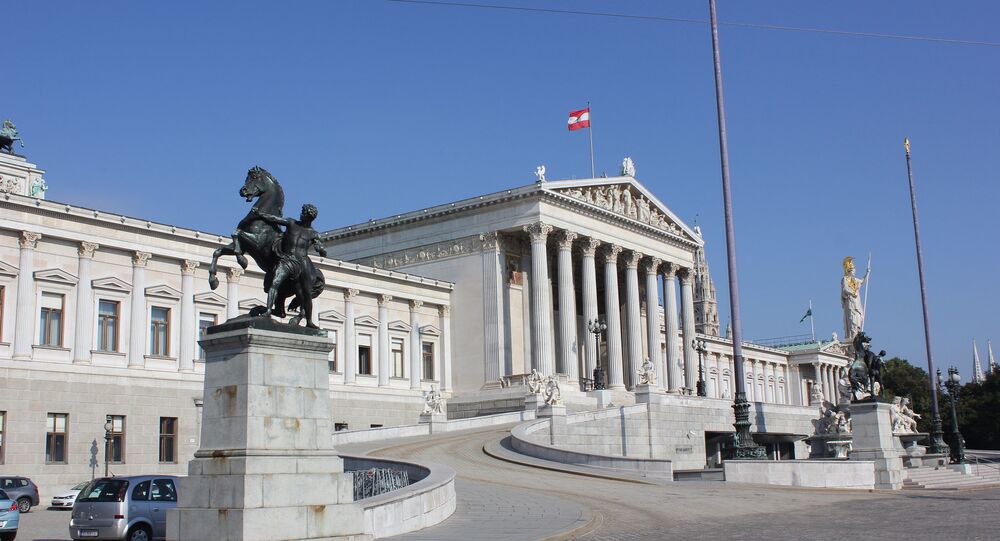 As preparation for the Austrian parliamentary elections are heating up, Sputnik discussed the possible consequences of the vote with Austrian politician Andrey Serov.

The parliamentary election in Austria is set to take place on October 15. A recent poll has suggested that Foreign Minister Sebastian Kurz of the center-right Austrian People's Party (OVP) has the best chance to become the new chancellor.

The 31-year-old Kurz, who is also Austria's acting Minister for Foreign Affairs and Integration, seeks to be loyal to the European Union, while trying to maintain its neutral status toward other countries.

His main opponents are Christian Kern from the Social Democratic Party of Austria and the leader of the Freedom Party of Austria (FPÖ), Heinz-Christian Strache. The latter is known as a Eurosceptic and supporter of the right of nations to self-determination.

In contrast to many other EU politicians, Strache doesn't oppose the idea of Catalonia's independence, hoping that South Tyrol would also have a chance to secede from Italy and become a part of Austria.

© REUTERS / Leonhard Foeger
Haus of Cards: Five Things to Know About Austria's Sunday Election
The upcoming election may prompt a U-turn in Austria's policy toward Moscow.

As for now, Brussels draws Vienna into "a new Cold War with Moscow" by imposing groundless sanctions against Russia, Austrian politician Andrey Serov told Sputnik ahead of the upcoming vote.

The former Ukrainian citizen and now a candidate for the Austrian Parliament representing the EU Exit Party for Austria believes that Austria has no other reasons for a conflict with Russia than European solidarity.

"For instance, more than 80 percent of all laws passed in the Austrian Parliament go to Brussels for verification and undergo changes by local officials, who have no idea about the Austrian people's way of thinking. Then the laws go back to Austria in a distorted, even perverted shape, Serov said, adding that the "EU bureaucrats" that impose sanctions against Russia fuel conflict between Vienna and Moscow.

According to Serov, the measures taken by the Austrian authorities with regard to the country's neutrality are insufficient.

"Look, when our defense minister attends NATO summits and then comes back saying that Austria is closer to NATO than to Russia… who gave him the right to do so? Austria is a neutral country and those political forces who have dragged us into sanctions against Russia, will have to hold responsibility for their actions, at least at parliamentary hearings, which we are going to initiate when we get there," the politician concluded.