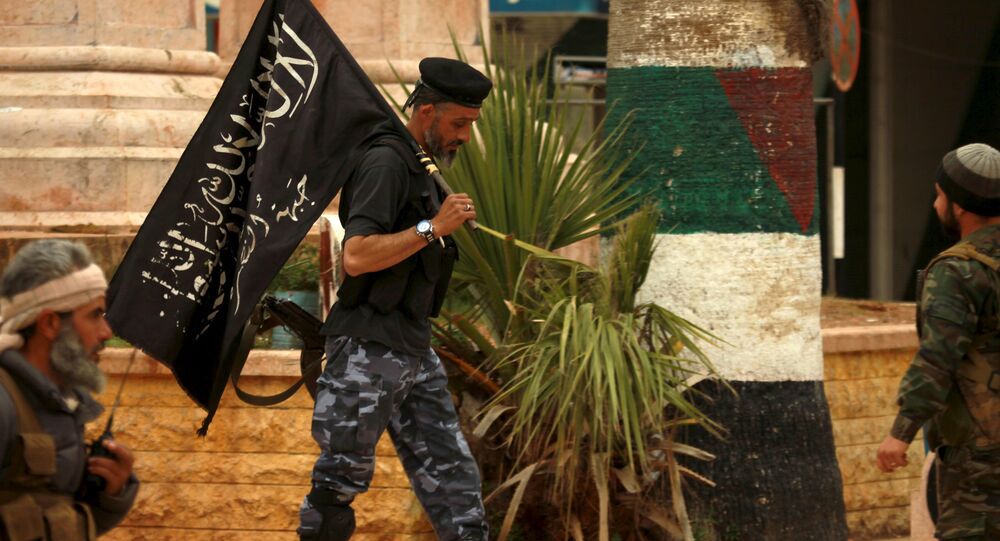 Russia's Aerospace Forces have recently eliminated 49 militants of the rebranded al-Nusra Front in the Syrian Idlib province, including seven commanders. Russian military experts explained what lies in store for the terrorist group in the coming months.

The northwestern Syrian province of Idlib, which was seized by the al-Nusra Front, now known as Fateh al-Sham Front, in March 2015, is its last remaining bastion in the country. Until recently, the militants were able to operate at leisure there while the Syrian government army and Russia's Aerospace Forces concentrated their efforts on the fight against Daesh (Islamic State/ISIS/ISIL), in other parts of the country.

Russian military expert Vladimir Evseev, the deputy head of the Institute of CIS countries, however, told Sputnik that as the full liberation of Daesh’s remaining foothold Deir ez-Zor is approaching and the final defeat of the group draws ever nearer, al-Nusra Front is running out of time to strengthen its defensive positions.

"After the liberation of Deir ez-Zor, Daesh in Syria will be crushed. It will probably remain for some time, taking one form or another, but it will surely be far weaker than it was even a month ago," Evseev said during the roundtable discussion at Rossiya Segodnya International News Agency earlier in September.

Another issue will then arise, what to do with the Idlib province, he went on to say. The militants have concentrated numerous forces there: al-Nusra Front alone has up to 20,000 fighters in the area.

This problem, he said, could be easily solved by the joint efforts of Russia, Iran and Turkey.

"When the major part of the jihadists is concentrated in one province, it is easier to strike at and defeat it. It is easier to eliminate terrorists by gathering them in one place. And this is the next thing to do," Evseev said.

Meanwhile, on Wednesday, Russia's Aerospace Forces launched a surgical air assault against al-Nusra in Idlib, killing seven of its commanders and 42 militants. The Ministry said that the Russian combat jets' strike left the group's leader Abu Muhammad al-Julani in a coma with heavy fragmentation wounds.

Commenting on the airstrike, RIA Novosti contributor Andrei Kots called it not only a serious military success but a "demonstrative vendetta" for the attempt of al-Nusra terrorists to attack Russian military police unit in the Idlib de-escalation zone on September 18.

"The elimination of militants who had been planning the impudent attack will come as an explicit signal to their allies: you try to do anything similar, and you'll face the very same fate," Kots writes in his article for RIA Novosti.

On September 18, a 29-person strong Russian military police unit was encircled by terrorists in the Idlib de-escalation zone. It repelled the terrorists’ attacks for several hours fighting alongside members of an allied local tribe.

The terrorist assault then had been stopped, leaving 850 militants dead and 11 tanks, four armored vehicles and other military hardware completely destroyed.

Kots suggests that the militants wanted to capture Russian military policemen alive to be able to further dictate their conditions.

On September 27, the Russian Defense Ministry reported that it had eliminated five influential field commanders, along with 32 more militants who had staged the assault on Russia's military police.