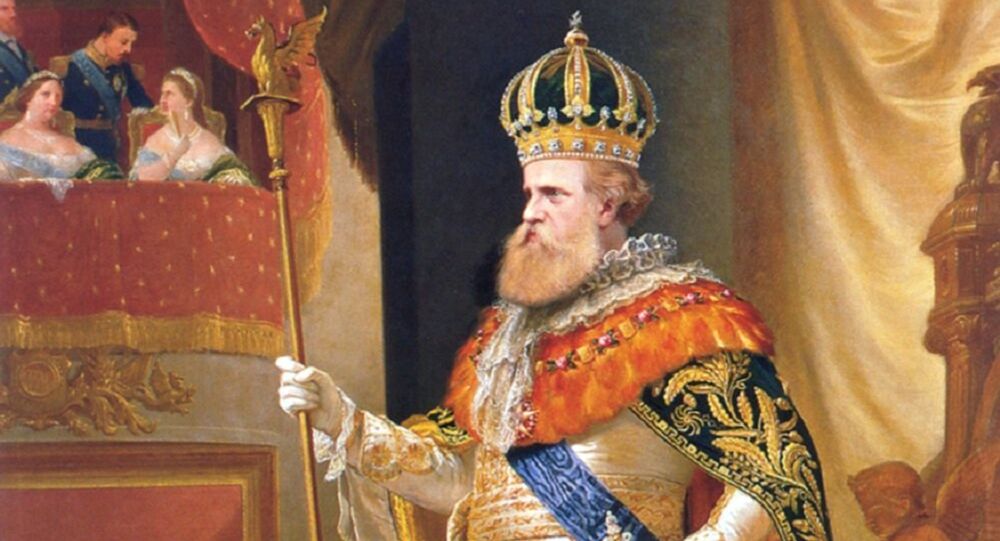 King's Power: Why Restoration of Monarchy in Brazil Could 'Become a Reality'

On Saturday, the first event of the series "Monarchist meetings of the State of Rio de Janeiro" will be held in Brazil. Project organizer Rodrigo Dias claimed in an exclusive interview with Sputnik that currently, the time is ripe for holding a referendum on restoring the monarchy in his country.

He expressed surprise about Brazilian President Michel Temer "sitting very tightly in his place" given that only three percent of Brazilians currently support him.

"Under a parliamentary system of government, Temer would have stepped down and we could have changed the [government] by dissolve the parliament and calling for new elections to stabilize the country," Dias told Sputnik Brazil.

© Sputnik / Vitaliy Belousov
Brazil’s Lower House Rejects Bribery Charge Against President Temer
He added that the purpose of the October 7 meeting will be "the formation of a technical and scientific base" among those who support monarchy in Brazil.

Dias said that his political ideal is a "monarchical parliamentary system," which he believes can help resolve the protracted political crisis in his country.

According to him, the current situation is suitable for holding a referendum on the possibility of Brazil becoming a monarchy.

"Now there is a more appropriate moment [for holding a referendum on monarchy in Brazil]. When we held the first such [referendum] in 1993, we were just learning to play democracy. The 1993 referendum was conducted in a rogue way, for it was to be held on September 7 [on Brazil's Independence Day] and they moved it to April 21," Dias said.

He also drew attention to the fact that "now the parliamentarian movement enjoys the benefits of social networks."

Dias said that "a discussion about the failure of the presidential system of government has already become a reality" and it's time to talk about monarchy.

"People say that the monarchy wave is steadily growing," he concluded.

Dias, better known as Rodrigo Brasileiro, earlier submitted a bill to Brazil's Senate to call for holding a referendum on the restoration of the monarchy in the country.

© REUTERS / Paulo Whitaker
Former Brazil President Lula Defiant After 5-Hour Questioning on Graft Charges
During the referendum, voters are due to answer a question about their desire to change their country's political system from presidential to monarchic.

The Pro Monarquia (For Monarchy) project page on Facebook has more than 70,000 subscribers, with the project participants referring to Prince Imperial of Brazil Bertrand Maria Jose de Orleans e Braganca as "Your Highness."

The Empire of Brazil was replaced by the country's first republic in 1889, a year after the abolition of slavery.