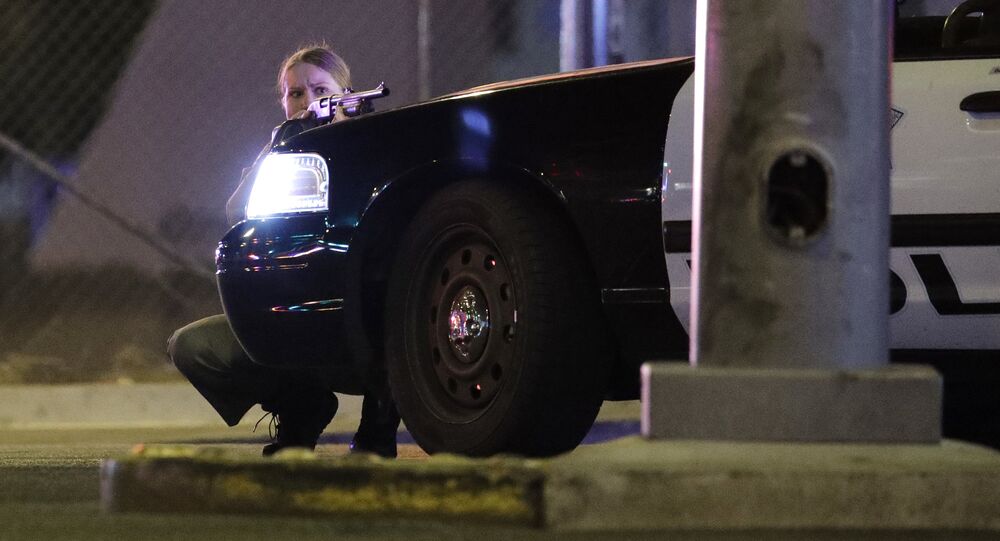 The US-based American College of Physicians has called for “a ban on the sale and ownership” of both semiautomatic and automatic assault rifles “designed to kill as many people as quickly as possible” following the worst mass shooting in US history in Las Vegas, Nevada, Monday.

According to Jack Ende, president of the American College of Physicians, “we must acknowledge that lack of a US policy to address gun violence is the reason we have much higher rates of injuries and deaths from firearms violence than other countries. Specifically, we call for a ban on the sale and ownership of automatic and semiautomatic weapons. These are military-style ‘assault’ weapons that were designed to kill as many people as quickly as possible.”

​The argument about owning and using guns has often revolved around the US Constitution’s Second Amendment’s protection of the right of citizens to form “a well-regulated militia” without infringement. But the public health concern raised by easy access to weaponry is raised anew with each mass shooting.

When National Security Agency whistleblower Edward Snowden’s disclosures to WikiLeaks revealed that the NSA was running roughshod over Americans’ Fourth Amendment right to privacy and protection from unusual search and seizure via data collection operations – activities which are expressly prohibited in the NSA’s charter – not quite as many people went on a limb to say their constitutional rights had been scrapped and forced a change in policy as a result of their complaints.

And when journalist Barrett Brown went to jail for simply speaking with the media, “a terrible affront to the First Amendment,” Brown’s attorney, Jay Leiderman, told Sputnik News, the calls for standing up for Americans’ sacred right to free speech were about as loud as a pile of tumbleweed rolling through a ghost town.

But mass shootings draw gun defenses almost immediately — almost all of which rest on a Bill of Rights that actually gets trampled on often, with little opposition to speak of.

By comparison, Sturm, Ruger & Company’s shares had increased 6 percent in pre-market trading Monday while American Outdoor Brands, once known as Smith & Wesson, saw its share price tick up 7 percent in the aftermath of the Sunday night shooting.

“We have yet again set a new bar for the biggest mass casualty shooting in recent US history, with 58 dead and over 500 injured,” the October 2 statement said. “Mass shootings, each seemingly worse than the one before, have becomes frequent and even commonplace. Something needs to change,” Ende said on behalf of one of the most powerful doctors’ groups in the US.

In anticipation of counterarguments that if the killer had not used a gun, he would have found another means to impose destruction on society, netizen and actor Timothy Simmons tweeted: “When a 64-year-old white man kills 58 and wounds 500 in fifteen minutes from 1,200 feet with a knife, I will absolutely call for knife control. Until then, you’ve made the world’s sh*ttiest argument.”

The Monday night casualty count of 59 deaths and 527 injured makes the Las Vegas massacre a greater loss of American life than the main phase of the second battle of Fallujah, when 54 US troops were killed and 425 more were wounded from November 7 to November 16, 2004.

Schools, Public Offices Outside Las Vegas Shut Down Over Fears of Shooting

Topics for Final US 2016 Presidential Debate in Las Vegas Announced