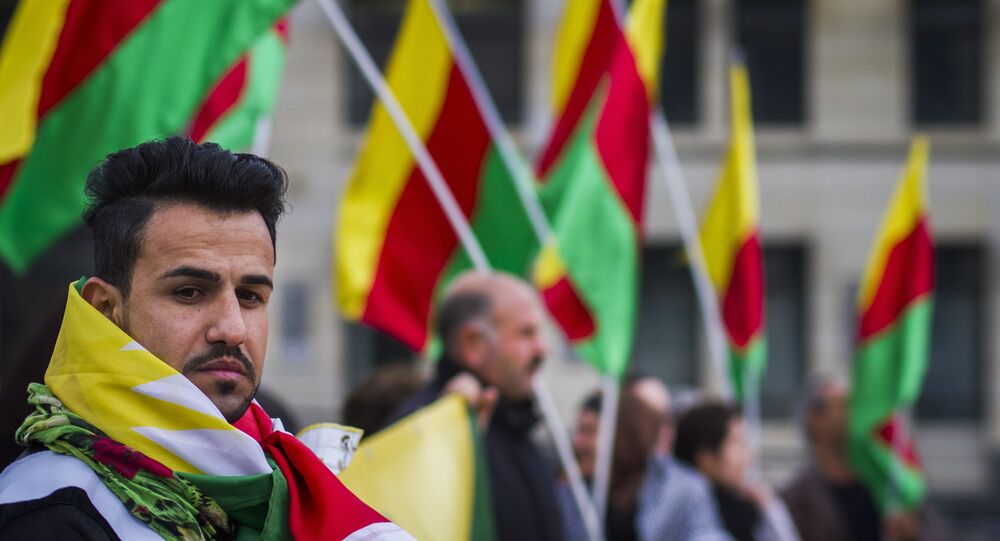 A Turkish lawmaker has criticised the authorities of Iraqi Kurdistan for holding a referendum on independence, saying that it is violating Iraqi and international laws.

MOSCOW (Sputnik) — The independence referendum held in Iraqi Kurdistan on Monday is illegitimate and unconstitutional, therefore, it will not be recognized, the deputy chair for foreign relations of the Turkish opposition Republican People's Party (CHP), told Sputnik on Wednesday.

"Kurdish region has some rights of course, but they do not have right to go to independence, because Iraq’s territorial integrity has been reaffirmed by the UN Security Council resolutions, and Iraqi constitution does not allow any possibility of holding a referendum on independence … So this unilateral step [independence referendum] is neither constitutional nor legitimate," Ozturk Yilmaz said, stressing that it would not be recognized by the regional powers.

Yilmaz also ruled out any debate on the referendum’s results, because "you cannot discuss something if it is illegitimate."

© Sputnik / Sputnik, Dmitry Vinogradov
Clamping Oil Artery: How Turkey May Checkmate Iraqi Kurdistan in One Move
"The outcome [of the referendum] cannot be discussed because everyone knows that there is not internationally recognized monitoring mechanism to observe this [referendum], and there is no approval from the Iraqi government to do this," Yilmaz stated.

The lawmaker stressed the need for a peaceful solution to the issue, stating that the threat of use of force reiterated by Iran, Turkey, and official Iraq, "will further deteriorate the situation."

"So I think, before use of force, the diplomacy must be used to the final end. And it must be a peaceful solution to this conflict between Baghdad and Erbil. There is still a way to go," Yilmaz explained, advising Erbil and Baghdad to come to the negotiating table to discuss the issue.

The Turkish lawmaker added that regional countries should also take part in finding ways to resolve the crisis.

According to the Kurdish Independent High Elections and Referendum Commission, the independence bid was supported by 92.7 percent of the voters or 2.8 million people. The Commission stressed that the referendum was held without any violations.

Turkey, as well as the Iraqi government, Iran, the United States and the United Nations, have repeatedly criticized the move.