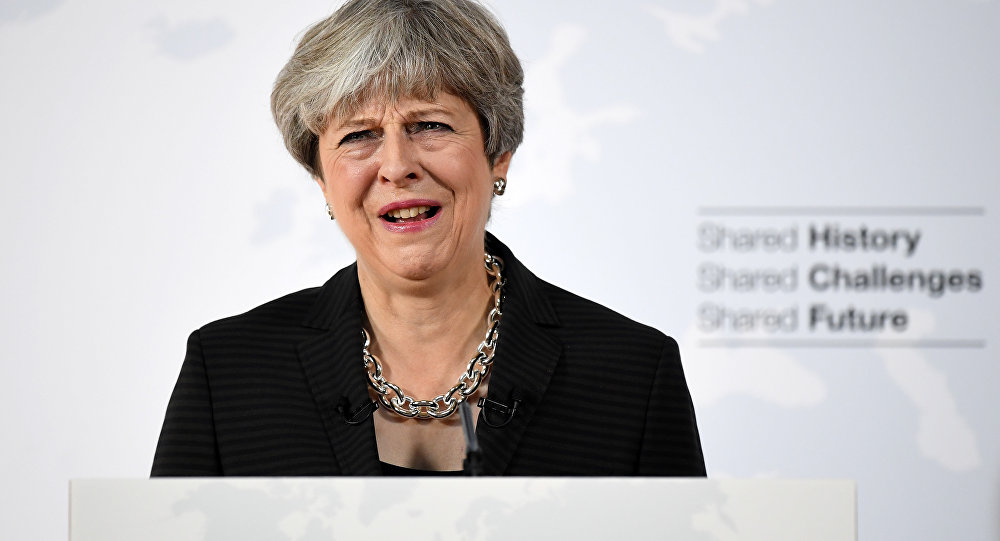 Theresa May made a key speech on Brexit in Florence on Friday, September 22. Sputnik spoke to a European affairs analyst, who said she failed to deliver what was needed.

Theresa May made her much-heralded speech to an audience in the Italian city of Florence on Friday but one top analyst said it was unlikely to lead to a breakthrough in Brexit negotiations.

"This was an overall speech that did not deliver. It may have served the purpose of leveling-out the various positions of UK Cabinet members but gave no concrete figures for the Brexit 'divorce bill' and provided only vague reassurance on status of EU citizens in the UK based on the 'UK legal system' and some bill to be presented in the coming weeks and months," Yannis Koutsomitis, a European affairs analyst in Greece, told Sputnik.

"I do not think that this speech has sufficient proposals and points to bring Article 50 negotiations forward with greater speed," Mr. Koutsomitis told Sputnik.

"UK will honour commitments we have made". So Boris posturing and "go whistle" was not only unhelpful but also totally wrong #florencespeech

He said Mrs. May had "hinted" on a trade agreement which would have less frictions on free trade than the Comprehensive Economic and Trade Agreement (CETA) agreement between Canada and the EU and she also ruled out the so-called "Norway model," which delighted Foreign Secretary Boris Johnson.

"It's very hard to figure out how such an agreement can be accepted by the EU-27," Mr. Koutsomitis told Sputnik.

Mrs. May talked about how she planned to leave the European Union "smoothly and orderly" while making few concrete proposals about the key sticking points in the negotiations.

The repeated use of the phrase "smooth and orderly" left May vulnerable to mockery on social media, where users were quick to remind her of her disastrous election catchphrase — "Strong and Stable."

'Smooth and orderly', the new tagline brought to you from the makers of 'strong and stable' #florencespeech

Strong and stable now supplanted by smooth and orderly.

I wish I could have earned £1 for everytime she said "partnership", "creativity", "ensure" and "smooth and orderly". #florencespeech

The words of today’s programming of Theresa May are ‘smooth’ and ‘orderly’
Is this strong & stable mark II?!

Mrs. May said Britain would honor its financial commitments so no other country would have to "pay more or receive less" over the remainder of the EU budget plan but she stopped short of offering the £20 billion (US$27 billion) for the 'divorce bill,' which had been widely expected.

She was asked by a journalist afterwards how she expected the European Commission to respond.

"I hope they respond in a way of partnership and friendship because that's what the UK is offering," she replied.

May's 'increased security cooperation' carrot is not appealing. Almost all EU-27 are NATO members anyway. So what can be better than NATO?

The European Union's chief negotiator, Michel Barnier, is expected to respond to the speech later.

But on September 21 he issued a statement, which suggested Mrs. May had wasted valuable negotiating time.

"There is… only one year left. The sooner we make real ‘sufficient progress' on the conditions of the UK's withdrawal, the sooner we can begin discussing our future partnership," said Mr. Barnier.

Theresa May Speaks on UK-EU Future as Negotiations Continue (VIDEO)