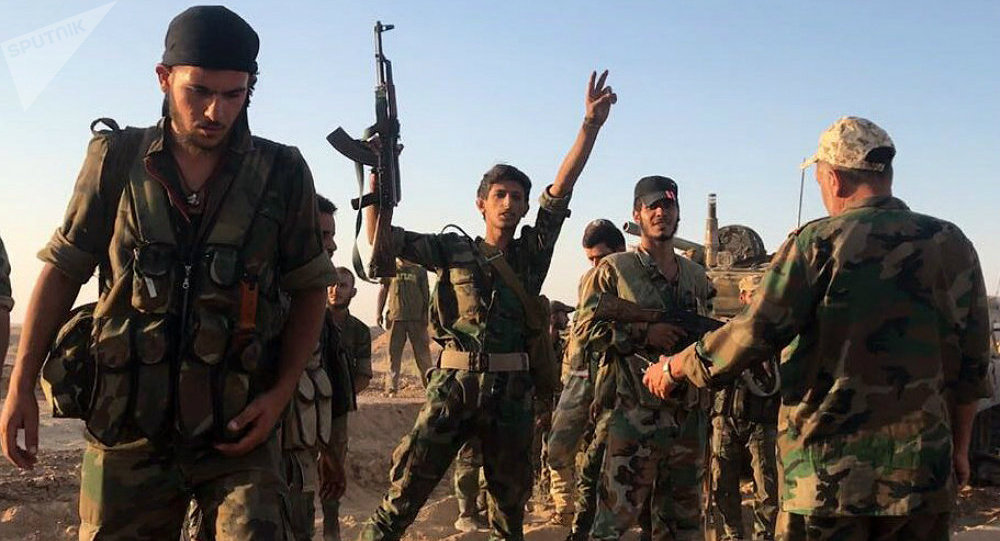 After lifting the blockade around Deir ez-Zor, the Syrian Army is just a step away from freeing a road to Iraq. As for Washington, it is gradually losing influence in Syria, while Moscow is boosting its military, diplomatic and humanitarian positions in the region, a Russian expert told Sputnik.

Commenting on last week's lifting of the blockade around the eastern Syrian city of Deir ez-Zor in a written interview with Sputnik, Gevorg Mirzayan, Associate Professor of the Finance University of the Russian Government, specifically pointed to the event's positive impact on the situation in Syria.

"The lifting of Deir ez-Zor's blockade became not only the beginning of liberation of hundreds of thousands of residents from the three-year Daesh siege, but also the start of the liberation of Syria's eastern regions from the power of terrorists," Mirzayan said. 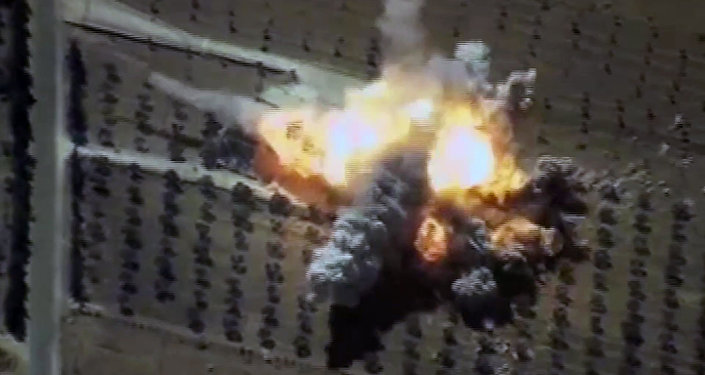 Russian Defence Ministry
Bull's Eye: Russian Kalibr Missiles 'Destroy Daesh Defenses' in Deir Ez-Zor
He quoted UN Special Envoy for Syria Staffan de Mistura as saying that a military operation to liberate Deir ez-Zor is "the beginning of the end" of the Syrian civil war and that the Syrian opposition should realize the reality: namely, they must accept that they did not prevail over President Bashar Assad.

Despite the opposition's indignation about Mistura's remarks, many of those who sponsor the opposition, especially Saudi Arabia, have started to negotiate with Moscow, which acts as a mediator, on the terms of the peace talks, according to Mirzayan.

"As for the White House, it is reluctant to sit down with Moscow, not least because of the irreconcilable stance and the fact that the US positions in Syria are now too weak to see Washington as a party to the talks," he said.

He added that "given that Washington does not want to negotiate in a weak position, it is seeking to weaken Assad by notably preventing him from gaining at least part of the Syrian deposits in the Deir ez-Zor province and also blocking the Iraqi roads that will link Syria to Iran."

© AFP 2019 /
Syrian pro-government forces hold a position near the village of al-Maleha, in the northern countryside of Deir Ezzor, on September 9, 2017

Touching upon the Kurds' possible influence, Mirzayan said that even though they've allegedly developed partnership ties with the United States, the Americans are unlikely be ready to defend the Kurds currently operating in Deir ez-Zor.

"Meanwhile, the shadow of Turkey already looms behind the Russian-Iranian-Syrian coalition, with Ankara clearly stating that the Kurds should not cross the Euphrates. President Erdogan is deploying Turkish troops to the border with the Kurdish regions and in order to start an invasion, he needs a go-ahead from Russia and the US," Mirzayan said.

Dwelling on Russia's regional clout, he quoted US political scientist Nicholas Gvozdev as saying that "Russia is now present in the entire Middle East."

According to Gvozdev, "Israel and Egypt are building a line of communication with the Kremlin, seeing [Russian President Vladimir] Putin as a more reliable leader who fulfills his obligations."

"Tel Aviv and Cairo were echoed by Turkish President Recep Tayyip Erdogan, who is also ready to bolster a strategic line with Moscow on energy, Eurasian security and the future calibration of the Middle East," Gvozdev concluded.

Mirzayan, for his part, said that "Moscow is dealing with solving  the Syrian civil war, both militarily and politically"; he touted Russia as "one of the most important sponsors and guarantors of the negotiation process."

"The resolution of the Kurdish issue, including the Kurdish state's possible autonomy, largely depends on Moscow. Additionally, Russia mediates between the most implacable enemies in the region — Saudi Arabia and Iran, as well as Iran and Israel. In the Middle East, especially in Syria, Russia promotes sort of a modus vivendi of all these forces," Mirzayan pointed out.

© Sputnik /
In Deir ez-Zor Trenches: Syrian Army Attacks Daesh Positions
Although the three-year Daesh siege of the city of Deir ez-Zor was broken last week, the fighting to fully liberate the area is still underway.

The successful Deir ez-Zor operation was the biggest breakthrough against Daesh since the terrorist group first launched an offensive in the province.

The terrorists had been blockading Deir ez-Zor since 2014, with food and other supplies only being airlifted into the city. Daesh  also took control over a large swath of the province of Deir ez-Zor and cut off roads to government-held districts.