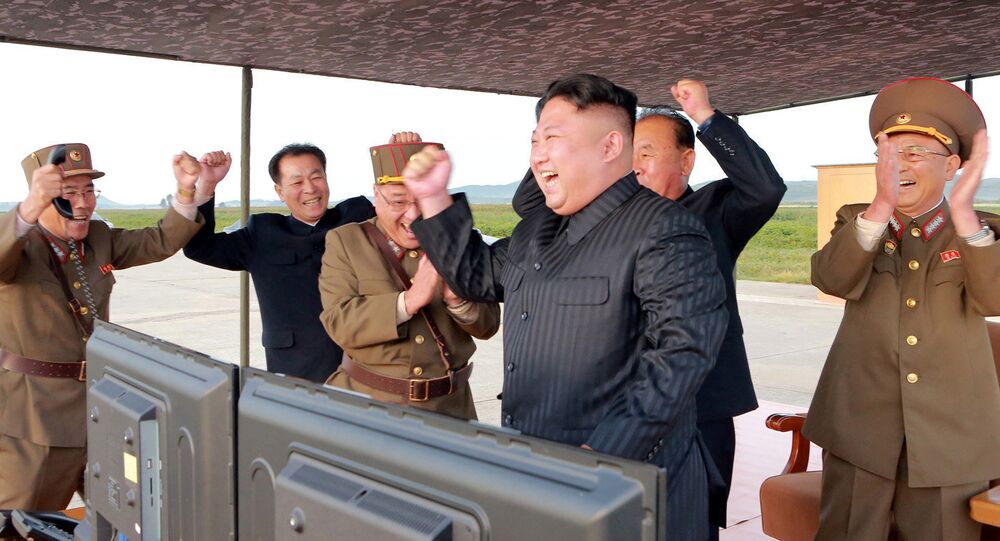 Despite the UN Security Council adopting its toughest resolution yet against North Korea over its latest nuclear test and repeated missile launches, a Russian political analyst warned that Pyongyang can weather any further sanctions, and that a different approach is required to sway the opinion of the North Korean leadership.

Earlier the UN Security Council condemned the recent missile and nuclear tests conducted by North Korea and imposed new sanctions against Pyongyang, while the US called on all countries to unite and do anything it took to resolve "this global problem, short of war.”

The ambassador also blasted the US for escalating confrontation with North Korea and for its obsession with reversing Pyongyang’s "development of nuclear force, which has already reached the completion phase," according to RIA Novosti.

"Sanctions are indeed ineffective, especially in the case of North Korea, because the country is self-sufficient. The US demands the restriction of the supply of oil, but this commodity would simply be delivered via different channels. North Korea has partner states that maintain unofficial cooperation with it. Also, this year North Korea managed to surpass South Korea in terms of its economic growth rate. So North Korea will weather these sanctions with ease," he explained.

Furthermore, the analyst pointed out that further increasing pressure on Pyongyang may be counterproductive, as it would inevitably “radicalize” the North Korean leadership’s stance.

"Eventually, if its opponents start backing the country into a corner, North Korea may begin selling missile technology. That would be much more dangerous that those North Korean missile tests that menace the US bases in Guam… A country driven into a corner becomes unpredictable. We need a different approach: North Korea should be presented with opportunities for cooperation; the country should be drawn into various organizations to become bound by a mesh of international obligations. Because without any ties and obligations, the North Koreans have complete freedom of choice," Manoylo warned.