The Russian Aerospace Forces are due to get more than ten advanced Su-25SM3 close air support planes before the end of this year. Viktor Pryadka, head of the Avintel aviation technology alliance, told Sputnik that the latest Su-25 shows great potential.

Viktror Pryadka recalled that the creation of the Su-25, nicknamed Grach (Rook), was initiated by aircraft designer Oleg Samoilovich, who worked at Russia's Sukhoi Design Bureau as Deputy General Designer.

"He floated the idea of developing, in fact, a 'flying tank' which could tackle different targets while airborne. The armored Su-25 plane has an array of modifications, indicating that this aircraft had great potential from the outset," Pryadka said.

Referring to the Su-25SM3, he specifically pointed to the aircraft's increased combat effectiveness and survivability, which is achieved through the installation of more precise armament which helps it counter enemy fighter jet attacks.

"The plane is equipped with two engines and if one engine is destroyed, the Su-25SM3 will be capable of continuing the flight and returning to its airfield," Pryadka said. 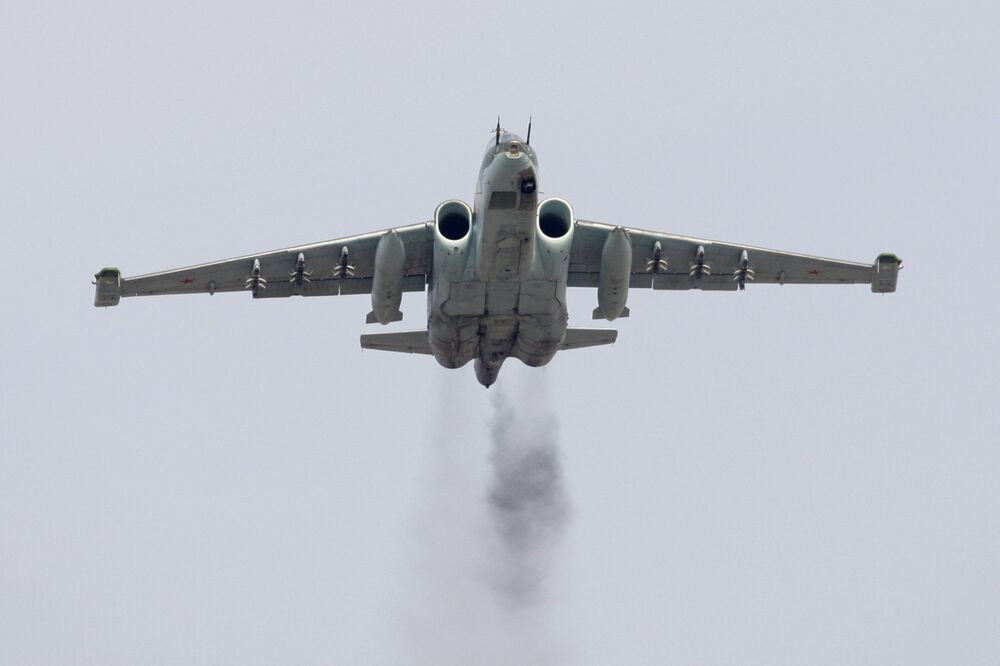 Thanks to its unique characteristics, the Su-25SM3 was nicknamed Supergrach (superrook) by Russian pilots." The warplane is capable of destroying targets day or night, and in all weather conditions.

The Su-25SM3 is an extensively modernized version of the Su-25, which entered service with the then-Russian Air Force in the early 1980s.

Earlier this week, the Russian newspaper Izvestia quoted a source in the General Staff of the Russian Aerospace Forces as saying that over ten Su-25SM3s will be put into service with Russia's Southern Military District and the fourth Aircraft Training Center by the year-end.

© Sputnik / Ildus Gilyazutdinov
Russian MoD Wants to Get Hypersonic 'Aviation Means of Destruction'
In 2018, the Su-25M3s will be supplied to assault aviation units in Russia's Transbaikalia and the Far East.

The nickname "flying tank" was first used to describe the Su-25's Soviet predecessor – the armored Il-2 attack aircraft, which gained a reputation during World War II for being able to drop bombs and fire rockets at Nazi tanks.

As for the Su-25, it is now reputedly the most difficult plane in the world to shoot down.