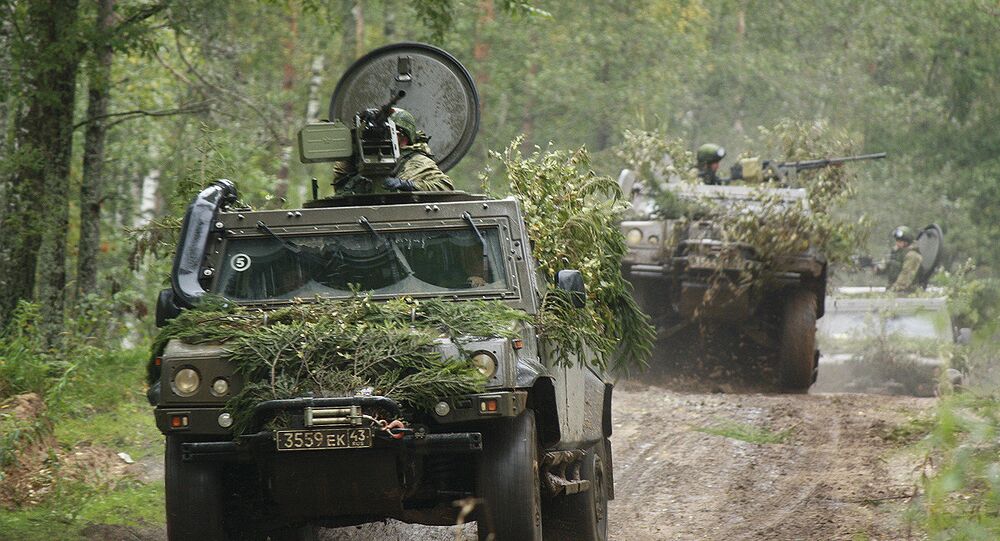 Zapad-2017: Why Poland's Media Getting Hysterical Over Russia-Belarus Drills

Commenting on the Polish media's claims that joint Russia-Belarus military exercises allegedly pose a threat to Poland's security, a Russian political analyst said that these allegations make no sense.

"The Russian-Belarusian military exercises Zapad-2017 prompted keen interest in the Western media, including Polish media outlets, even though there is nothing extraordinary about these drills. Such exercises are conducted from time to time by the armed forces of any country, including NATO member states," Boris Shmelyov said.

Shmelyov recalled that representatives of NATO, the OSCE, the UN and "even the International Committee of the Red Cross" are in attendance at the exercises as independent observers, "not to mention the military attaches of NATO countries accredited in Moscow or Minsk, and a large group of journalists."

"Among other things, it's impossible to hide something from other people's eyes given the current level of modern technology, when you can get great pictures and any other data from [orbital] satellites or with the help of drones," he said.

"I do not know who provided the Polish Minister of National Defense with incorrect information. In any case, I want to say that no one is going to turn these exercises into an operation allegedly to seize neighboring countries, including Poland. No one is going to deploy Russian troops to the Vistula River; it's just nonsense," Shmelyov said.

According to him, Polish authorities "deliberately create an atmosphere of tension in their country to further strengthen anti-Russian sentiments," something that will help them "justify the presence of US military contingents on Polish territory, as well as the deployment of an American missile defense system in Poland."

"Also, it's clear that amid an atmosphere of Russophobia, it's easier [for Warsaw] to increase military spending," he added.

Shmelyov expressed deep regret over the current relations between Russia and Poland being almost at the "freezing point."

He voiced hope that "someday, more sober-minded politicians will come to power in Poland," and that "political, economic, scientific and cultural ties between the two countries will be fully restored."

"I also have no doubt that full-fledged cooperation between Russia and NATO will finally be restored because we need to work together to resolve serious threats such as international terrorism and the danger of unleashing a nuclear war," Shmelyov concluded.

Earlier this week, Poland's Gazeta Wyborcza newspaper reported about an alleged decisive blow of the Russian-Belarusian troops on September 17 which will "put an end to the Western intervention."

© AP Photo / Vayar Military Agency
Zapad 2017 Joint Strategic Drills Start in Russia, Belarus - Russian MoD
Some Polish experts went as far as to claim that Russian troops will allegedly be able to quickly reach the Vistula River, but then they will be stopped thanks to the brave actions of the Polish army and its NATO allies.

When commenting on NATO states' reaction to the planned drills, the Russian Foreign Ministry said earlier that the increasing military presence of NATO in Eastern Europe went unnoticed amid groundless criticism of the Russian-Belarusian Zapad-2017 military exercises.