Russian deputy defense minister Alexander Fomin is sure that Eastern Europe and Baltics have nothing to worry about amid the upcoming Zapad-2017 drills.

MOSCOW (Sputnik) — Eastern European and Baltic nations have nothing to worry about during the upcoming joint war games by Russian and Belarusian militaries, the Russian deputy defense minister has said.

The drills, called Zapad-2017 (West-2017), are scheduled to begin Thursday and last a week. They will stretch from Russia’s northwest to Belarus and involve 12,700 service personnel.

"I can calm our dear neighbors straightaway. The exercise is absolutely peaceful, and absolutely defensive in nature," Alexander Fomin told the Deutsche Welle broadcaster in an interview on Wednesday. 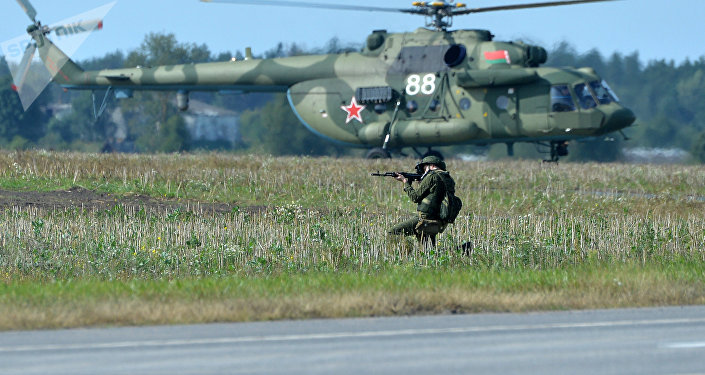 © Sputnik / Viktor Tolochko
Latvia Only NATO State to Send Extra Inspection to Zapad-2017 Drills
He said the name referred to the Russian territory and that of Belarus, which lies even further to the west – and not to the countries of the West.

Asked by DW if people in Eastern Europe and the Baltics could sleep easily, Fomin replied, "Certainly. And I am serious about that."

He rejected claims that the exercise was directed against NATO’s eastern flank, saying it was "not a reason for NATO troops to be stationed directly on the Russian border." The alliance has been building up its presence in the region since a war broke out in Ukraine in 2014.