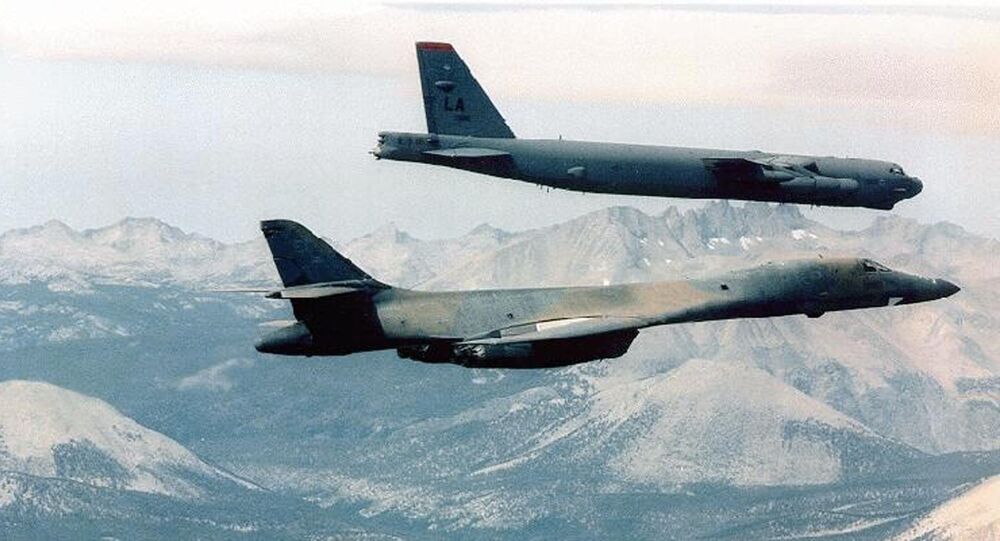 The US Air Force dropped an average of 16 bombs per day in August in the wake of US President Donald Trump’s plan to attack “America’s enemies” in the country, according to the most recent Pentagon data on munitions delivered in the country.

US Air Force warplanes including the F-16 "Viper," the MQ-9 Reaper drone, and the B-52 Stratofortress bomber deployed 1,984 bombs from January to July of this year, according to US Air Force Central Command data published August 31.

Sputnik News therefore calculates that in the first seven months of the year, US jets dropped an average of 227 bombs per month. In August, more than twice as many bombs struck Afghani soil than an average month, at 503 munitions.

Increasing the frequency of bombing raids hasn’t required mobilizing extra aircraft assets to Afghanistan because “we’ve never come back” after arriving so many years ago, US Air Force Chief of Staff Gen. David Goldfein told Military.com, noting he doesn’t envision a “significant plus-up” in the number of US warplanes stationed there.

In a May 20, 2016 Wall Street Journal op-ed, retired US Army general and former CIA director David Petraeus and Brookings Institution senior fellow Michael E. O’Hanlon wrote: "We have a real fight on our hands in Afghanistan, but not a hopeless one … Even a modest US and NATO military contributions have the potential to make a considerable difference … Some might reasonably ask, after 15 years of war in Afghanistan, why do we need to keep at it? The answer is simple – because Afghanistan, effectively the eastern bulwark in our broader Middle East fight against extremist forces, still matters."

The duo went on to say "air power in particular represents an asymmetric Western advantage, relatively safe to apply, and very effective against massed (or even individual) enemy forces and assets."

Since O’Hanlon and Petraeus wrote the column, the US has consistently delivered more and more payloads each month to target insurgents in Afghanistan, Pentagon data shows.

© Flickr / ResoluteSupportMedia
The Never-Ending War: US Misrepresents Troop Numbers in Afghanistan by Thousands

The most recent publicly available report on the status of the fight in Afghanistan was released July 30 by the Special Inspector General for Afghanistan Reconstruction (SIGAR) and sheds light as to just how effective the bombs have been. It turns out the situation has given policymakers few reasons for optimism.

“The [US Intelligence Community] assesses that the political and security situation in Afghanistan will almost certainly deteriorate through 2018 even with a modest increase in military assistance by the United States and its partners,” Daniel Coats, Director of National Intelligence, is quoted as saying in the SIGAR report.