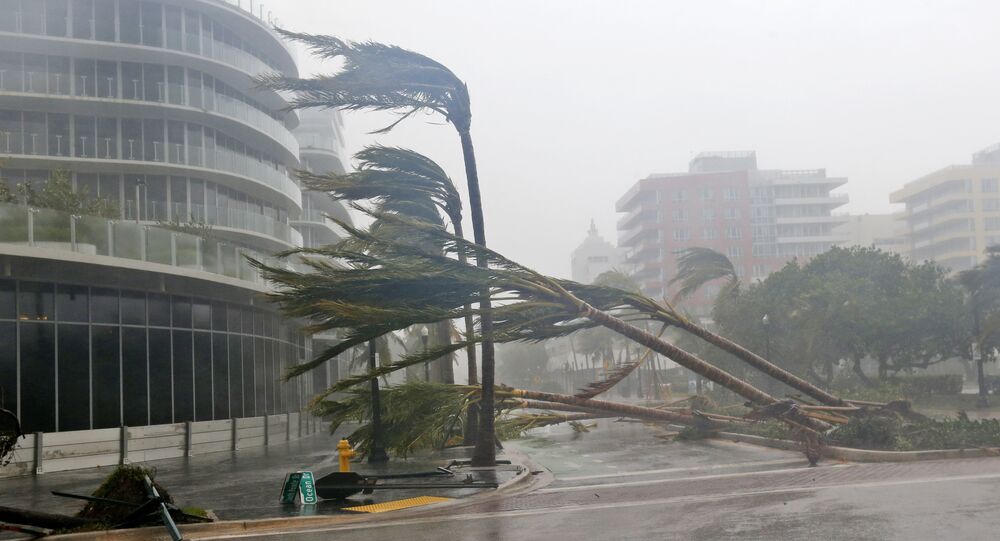 If you were one of the many impacted by Hurricane Harvey or Irma, you might not be contemplating the effects of climate change. Unfortunately, the same can't be said for some top level government officials.

"To have any kind of focus on the cause and effect of the storm versus helping people, or actually facing the effect of the storm is misplaced," Scott Pruitt, the head of the Environmental Protection Agency, told CNN in an interview. "To use time and effort to address it at this point is very, very insensitive to people in Florida."

Yet while Pruitt says talk of climate change is just too insensitive to Floridians — and by extension even Texans impacted by Harvey — not everyone agrees.

"It's denying reality," Florida's Democratic Senator Bill Nelson, told Politico. "You can call it politics or whatever, but the Earth is getting hotter. This storm is another reminder of what we're going to have to deal with in the future."​

​Speaking with Sputnik Radio's Loud and Clear, Fred Magdoff, a professor emeritus of plant and soil science at the University of Vermont, says Pruitt's comments are completely ridiculous.

"It's absurd, this is exactly the time to be thinking about it if you're really concerned about people and the future of this planet," Magdoff told Becker and co-host John Kiriakou. "There's ample evidence that shows storms are more intense because of climate change, which is induced by global warming."

"This is precisely the time to talk about it and try to marshal the support that's needed for a major effort to combat global warming, at least within the US," the professor added.

However, despite how out-of-this-world Magdoff thinks Pruitt's comments were, he's not that surprised by it. In fact, Magdoff says it's the same train of thought big companies have always had when scientific evidence disrupts the economic interests of big wigs.

© REUTERS / Carlos Barria
The Worst of Hurricane Irma Has Passed, But What’s Next?

"It's a problem of confounding ideologies within an economic interest," Magdoff said. "You have a certain sector of the capitalist class that really does not want to admit that fossil burning is increasing CO2 levels and causing global warming because they have a huge amount of money invested… in underground fossil fuel."

Pruitt has long been an opponent of the idea of man-made climate change. As Oklahoma Attorney General from 2011-2017, he brought 14 lawsuits against the EPA on a variety of laws and measures designed to combat air pollution, and in March 2017 he told CNBC he does not believe carbon dioxide emissions cause climate change.

Chiming in on Pruitt's laughable stance, show host Becker concludes saying that while it may not be time to talk about climate change's overall impact on strengthening hurricanes, it oddly enough "is the time to get your 9mm and start shooting directly into the hurricane cloud cover."