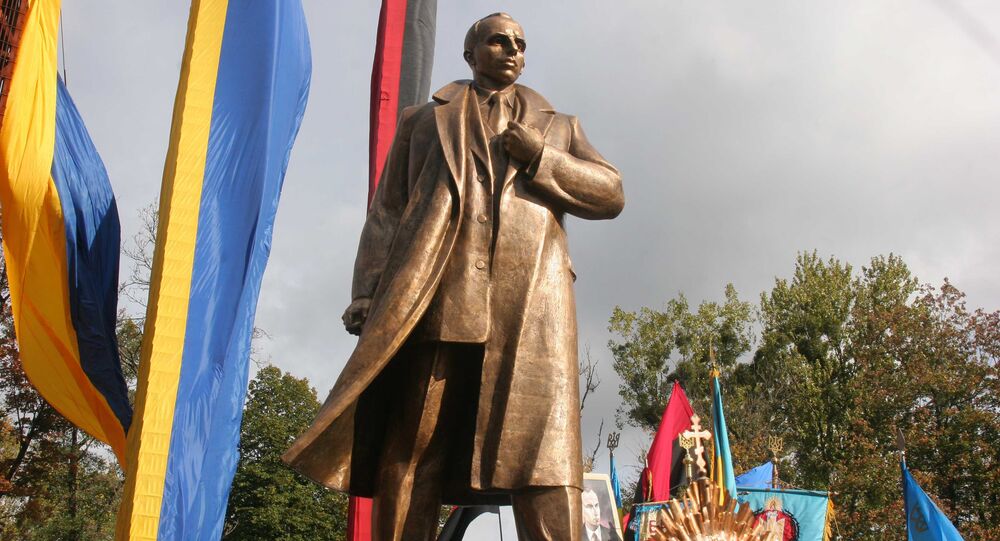 The recent abduction of Russian journalist Anna Kurbatova in Kiev and her subsequent deportation by the country's state security service (SBU), on allegations of "smearing" Ukraine, is yet more evidence of the turmoil that has engulfed the country in the wake of the coup which toppled its last legitimately democratically-elected government in 2014.

According to a 2016 report compiled by the global accounting firm Ernst & Young, Ukraine tops the European corruption league, and is one of the most corrupt countries in the world, based on the perception of its citizens in a wide-ranging poll. It is an onerous title the country has held each year since the so-called Euromaidan movement toppled the presidency of Viktor Yanukovych with the active support of Washington and its European allies.

People will recall that one of the main justifications for forcing the Ukrainian president from office back in 2014 was his alleged corruption, with claims that he'd been engaged in the widespread mismanagement of government funds and the disbursement of bribes. Yet corruption at the highest levels of power in Ukraine was endemic prior to Yanukovych's election to the presidency in 2010, while remaining endemic since his forced departure.

A conflict that has slipped off the radar of the mainstream media continues in eastern Ukraine at significant human and humanitarian cost. In April 2017 the European Commission revealed the extent of the cost paid by those Ukrainians in the eastern part of the country, who have steadfastly refused to recognize the writ of a government that came to power with the active and violent support of avowed neo-Nazis and fascists.

In a conflict in which 9,900 people have been killed and 23,246 injured, the EU Commission report reveals that an estimated 3.8 million people in eastern Ukraine are in need of humanitarian aid. We've learned that "damage to housing and critical civilian infrastructures, particularly water supply and electricity systems is increasing. Conflict affected resident population and internally displaced persons (IDPs) face difficult access to health care and other essential services, socio-economic exclusion, loss of income and livelihood and suffer from psychological distress."

These are the bitter fruits of a conflict that the West helped to bring about with the opportunistic and reckless support for violent demonstrators, many of them neo-Nazis, in a part of the world where the scars of the Second World War remain deep and raw over 70 years on.

In an wide-ranging interview with the UK Morning Star newspaper, Petro Symonenko, leader of the Communist Party of Ukraine, points out that "right across Ukraine there is…a war between the ideologists of Hitler and the Nazi collaborators of the OUN, and the anti-fascists, whose leaders have always been Communists." Moreover Symonenko identifies the role of the coup government's Institute of National Memory in ‘falsifying history and promoting neonazism (sic) as state ideology."

What he is referring to with regard to the Kiev's Institute of National Memory is a campaign it is engaged in to rewrite the history of the Second World War, while sanctioning the eradication of monuments and statues commemorating the role of the Red Army in liberating Ukraine from the scourge of fascism at enormous human cost. It comes as part of a narrative in which all things Russian are deemed abhorrent and evil, an "eternal enemy and aggressor", regardless of the indisputable ethnic and cultural bonds both countries share, stretching all the way back to the 9th century and the Kievan Rus Federation out of which both Russia and Ukraine emerged.

The idea that a historical figure such as Stepan Bandera, the famed (infamous) Ukrainian nationalist who actively colluded and collaborated with the Nazis during the occupation of Ukraine, is now venerated and lauded as a patriot in anti-Russian parts of the country is surely offensive, when considering the indisputable barbarity that was visited on countless millions throughout the Soviet Union and elsewhere in service to their monstrous creed and ideology.

Yet this is western Ukraine today, a repository of ultra nationalism and fascism, driven by an irrational desire to destroy and substitute an alternative history for actual history.

In supporting the 2014 coup in western Ukraine, and thereby precipitating a civil war, the West created a monster. For not only has the result been civil war, it has plunged relations between Russia and Washington to the lowest point since the Cuban Missile Crisis of 1962, when the world came the closest it ever has to nuclear Armageddon.

Today, three years after the coup in Kiev, there are thousands of NATO troops on Russia's border, along with aircraft and a missile defense shield in Romania. Cynics among us may be tempted to speculate that this was part of the script all along, given Russia's recovery and emergence as a strategic counterweight to Western hegemony in recent years. But whatever the motives the catastrophic outcome cannot be denied.

It is something to ponder that whereas during the Second World War Russia and the West were united in a common struggle to defeat fascism, in the second decade of the 21st century the West is supporting a country that, though not governed by fascists, is undeniably infested by a recrudescence of fascism.

"As crimes pile up," Brecht reminds us, "they become invisible."