The United States ordered the closure of Russia's Consulate in San Francisco and two other Russian diplomatic properties in Washington and New York, as Moscow's newly appointed ambassador arrived to the country. 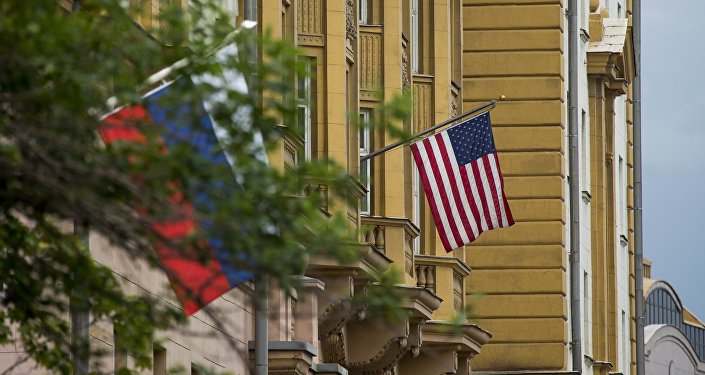 © AP Photo / Alexander Zemlianichenko
US' Russia Visa Suspension a 'PR Stunt' and a 'New Round of Diplomatic Standoff'
WASHINGTON (Sputnik) — The order, announced by the State Department in a press release on Thursday, was the latest in a series of tit-for-tat moves between the United States and Russia that began over allegations that Russia interfered in the 2016 election, accusations that the Kremlin has repeatedly denied.

The White House called its latest action "measured," saying the United States hopes to escape a downward spiral and move forward toward better relations, but senior Russian officials warned that Moscow would likely respond in kind to the closure of its diplomatic properties.

The State Department said in a press release that it was closing the properties "in the spirit of parity" after Moscow ordered staff cuts at US missions in Russia in response to Washington's earlier closure of three of its diplomatic compounds.

"In the spirit of parity invoked by the Russians, we are requiring the Russian government to close its Consulate General in San Francisco, a chancery annex in Washington, DC, and a consular annex in New York City. These closures will need to be accomplished by September 2," the release said.

The annexes set to be shuttered in Washington and New York host Russian trade missions, a senior administration official told reporters on Thursday. The United States, the official claimed, is not expelling any Russian diplomats and they may be reassigned to different posts.

"We are not expelling any Russians at this time," the official said. "We have informed the Russians that they may be reassigned to other diplomatic or consular posts in the United States if they choose to do so."

The official said Russia would maintain ownership of the properties.

"The buildings that are owned by the Russians will continue to be owned by the Russians and it will be up to them if they wish to sell those or dispose in some other ways," the official said. "I can’t really say that this is permanent. Certainly if the Russian side wanted to try to address some of our concerns we would always be willing to listen and keep an open mind."

A State Department official told Sputnik the US was not shutting down the work of the facilities, but rather only closing the properties to address a disparity in property holdings.

"We are not closing the trade offices, we are instead addressing a property use. This action was taken based on the disparity in property holdings between our two diplomatic missions. We have not shut down the work of the Russian trade representatives, they are just no longer able to use these annexes," the official said.

The State Department official added that Russia would no longer be permitted to use its facility in San Francisco after September 2, but did not indicate that the work of the Consulate must stop. 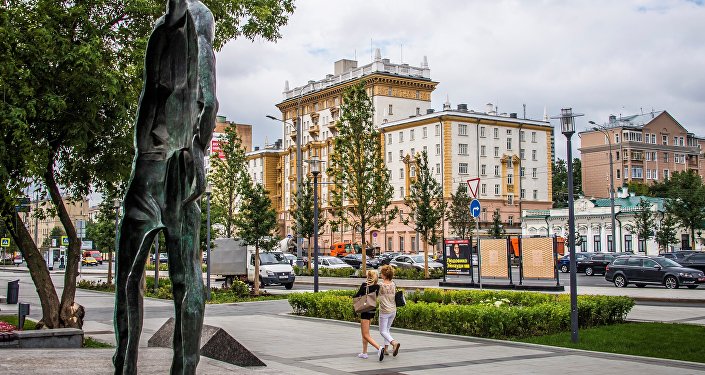 © AFP 2019 / Mladen ANTONOV
'Modest Reaction': Russian Deputy FM on Moscow's Step to Cut US Diplomatic Staff
The US announcement further complicates the diplomatic landscape for Russia's new Ambassador to the United States Anatoly Antonov, who arrived to Washington on Thursday to assume his duties.

Antonov, who previously served as deputy defense and foreign minister, was appointed to serve as Russia’s ambassador to the United States on August 21.

He arrived shortly before the US announced that it was shuttering Russian properties.

Secretary of State Rex Tillerson informed Russia of the US intention to close the properties during a phone call with Russian Foreign Minister Sergey Lavrov, who expressed regret over the decision and hinted at a possible response.

"The minister [Lavrov] expressed regret for the escalating tension in bilateral relations, which was not initiated by us, and indicated that Moscow will carefully study the new measures announced by the Americans, and inform [the US side] about our reaction," the Russian Foreign Ministry said in a statement.

The deputy head of Russia's State Duma Committee on Foreign Affairs, Alexei Chepa, said Russia had already warned Washington that it would respond to any further escalation of tensions.

"We will respond to it appropriately. We have warned that we will have a response to any actions," Chepa told Sputnik.

Meanwhile, Andrei Klimov, the head of the commission on state sovereignty protection of the Russian Federation Council, said Russia should provide a response to the US move, although it should not necessarily be mirror-like.

"It is necessary to have a look at the staff numbers, if the decision to cease work of our consulate results in personnel reduction as well, then the respective measure implying a reduction of the number of employees of the US mission in Russia may follow," Vladimir Dzhabarov, the first deputy chairman of Foreign Affairs Committee of the Russian upper house of parliament, told Sputnik.

Despite its decision to oust Russia from its properties, the United States hopes that relations with Moscow can be improved, White House spokesperson Sarah Huckabee Sanders said during a press briefing.

"We’ve taken a firm and measured action in response to Russia’s unfortunate decision earlier this year, we want to halt the downward spiral and we want to move forward towards better relations," Sanders told reporters on Thursday.

Washington's decision to close down more Russian diplomatic properties marks the latest escalation of a diplomatic crisis that began in the aftermath of the 2016 US election.

Last December, former US President Barack Obama expelled 35 Russian diplomats and banned Russia from accessing two of its diplomatic compounds near New York City and in the US state of Maryland.

Obama's decision came in response to Russia's alleged interference in the US election, an accusation that Moscow has repeatedly denied.