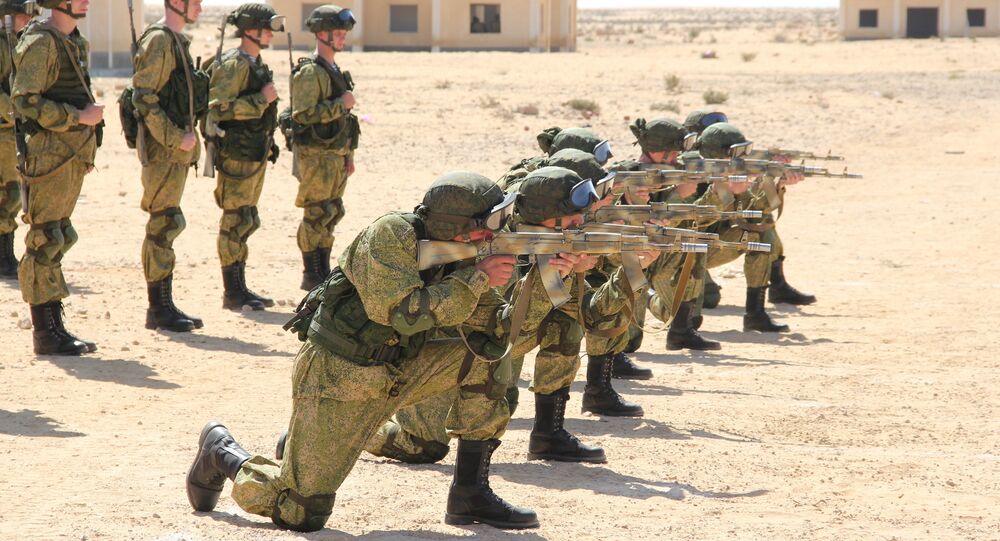 US Cuts Aid to Egypt 'To Influence Cairo's Foreign Policy'

Washington is unhappy with Egypt's independent foreign policy in the Middle East, experts told Sputnik, commenting on the US decision to both cut and withhold millions in annual aid. Egyptian politicians stressed that the suspension of military aid to Cairo by the US plays directly into the hands of terrorists.

The US's decision to cut $95.7 million in aid to Egypt and to suspend $195 million in Foreign Military Financing funding to the country is nothing but an attempt to pressure Cairo into following Washington's Mideast political course, experts told Sputnik Arabia.

Although Washington cited Egypt's failure in respecting human rights and democratic norms, the true reason behind the move was the increased political and technical military cooperation between Moscow and Cairo, Tamer el-Shahawi, a member of Defense and National Security Committee of Egypt's House of Representatives.

"The US Congress is concerned about the strengthening of military cooperation between Cairo and Moscow and that Egypt has found alternative sources of arms supplies," el-Shahawi told Sputnik.

© REUTERS / The Egyptian Presidency/Handout
Egypt's Rising Economy Prompts Chinese President to Invite Sisi to BRICS Forum
The politician highlighted that the US is making attempts to deepen the Sunni-Shiite divide and drag Egypt into its controversial foreign policy in the region. El-Shahawi added that Egyptian President Abdel Fattah al-Sisi is trying to avoid Washington's trap.

According to the politician, the US' latest move is aimed at driving a wedge between Egypt and the Gulf monarchies and signals to America's Middle Eastern allies that the US-Egyptian relationship is currently in the doldrums.

El-Shahawi added that there is more to this decision than meets the eye: he drew attention to the fact that US President Donald Trump called President al-Sisi following the decision of the US to hold back aid and asserted to the Egyptian leader that he opposed the move.

"It's part of the internal American political game," el-Shahawi assumed adding that it is not the first time that the US Congress and Trump have expressed differing views.

Muhammad al-Arabi, the head of the Foreign Relations Committee of Egypt's House of Representatives, echoed el-Shahawi. According to al-Arabi, the US' decision to both cut and suspend its aid to Egypt, which he regarded as "nothing but part of a US political game," could be reversed in the coming weeks.

"These statements about human rights are unfair to Egypt and its role in the region," al-Arabi told Sputnik, "The decision was not caused by [alleged] human rights abuse, but by the United States' plans to reduce its [financial] aid to 'third' countries. Nevertheless, the share of suspended US aid in the Egyptian economy is negligible, so it will not do much damage."

© AP Photo / Alex Brandon
State Department: Without ‘Progress on Democracy’ There Is no Aid to Egypt
According to General Ahmad al-Awdi, a member of Defense and National Security Committee of Egypt's House of Representatives, the US move is not as harmless as one imagines: by suspending military and financial aid to the country Washington is indirectly facilitating terrorism in the Middle East.

The general told Sputnik that nevertheless, Cairo has other sources of potential financing: "There are several friendly Arab states that have supported and will support the Egyptian state: Saudi Arabia, the United Arab Emirates, and others."

Egyptian parliamentarian Muhammad Ismaeel believes that the US is trying to exert substantial pressure on Egypt due to the latter's stance toward the Libyan and Syrian issues.

Ismaeel suggested that the US opposes Egypt's decision to support the Libyan and Syrian armies in their fight against terrorism. Additionally, Washington "doesn't agree with Egypt's position on other foreign policy issues" concerning the region.

"America knows that Egypt is the guarantor of regional security and that it is necessary to maintain the country's stability to deter terrorist organizations existing on its territory," Ismaeel told Sputnik. "I think the US realizes that they are acting in the interests of terrorism, rather than human freedoms, as they say."

© Sputnik / Natalia Seliverstova
US Decision to Cut Financial Aid to Egypt to Affect Bilateral Ties – Cairo
The parliamentarian added that despite the suspension of US aid, the armed forces of the country would not be affected since Egypt possesses sources for financing its army.

In accordance with the US law, the White House is required to withhold 15 percent of the sum it gives annually to Cairo in Foreign Military Financing funds if Cairo is not making progress in protecting human rights and advancing democracy. However, the US administration reserves the right to reverse the decision and transfer the funds to the country.

The US has been providing Cairo with annual aid amounting to $1.3billion since 1979 when Egypt concluded a peace agreement with Israel. Over the last 30 years, Egypt has received about $80 billion in economic and military aid from Washington.