North Korea was able to launch a missile over Japan with impunity by exploiting uncertainties around the US commitment to defend its allies in the region along with the lack of any red lines, analysts told Sputnik. 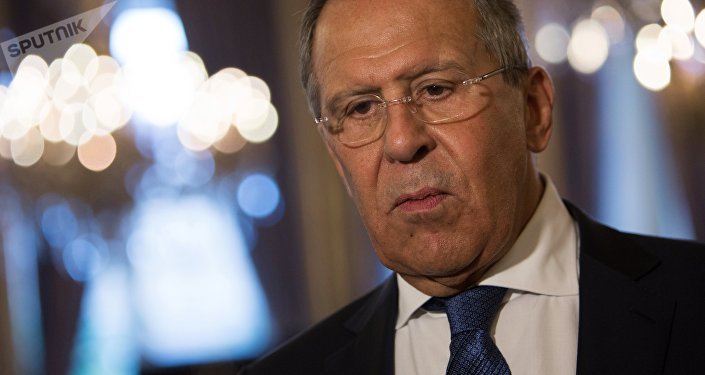 © Sputnik / Irina Kalashnikova
Further Sanctions Pressure on N. Korea 'Dangerous' - Russian Foreign Ministry
WASHINGTON (Sputnik) — On Monday, North Korea successfully tested a ballistic missile capable of carrying nuclear warheads that flew over the main Japanese island of Hokkaido and demonstrated the capability of reaching the US island base of Guam in the Central Pacific.

Although the US government condemned the test, the Trump administration has still avoided spelling out clearly any provocation beyond which it will not allow Pyongyang to go, Wilson Center Senior Associate for Northeast Asia Shihoko Goto told Sputnik.

"There is no red line indicating when the US might intervene to protect Japan in spite of the reassurances from Trump of a strong alliance," Goto said.

Monday’s successful test was clearly meant to intimidate Japan and it demonstrated that the North Korean leaders were able to read uncertainty in the US leadership and take advantage of it, Goto pointed out.

"North Korea is certainly taking advantages of the uncertainties in the region, particularly US commitment to peace in Asia," she said. "Regional uncertainties will continue which will strengthen Pyongyang's position," Goto said.

However, the latest North Korean missile test would not weaken Japan’s security ties to the United States but would rather strengthen them, Goto predicted.

"The latest threat shows that Japan has no real choice but to depend further on the US for security, despite Chinese concerns," she said.

Tokyo was also seeking to get China and Russia to join it in pressuring Pyongyang to be more restrained. However China was unlikely to cooperate because of Japan and South Korea’s continuing close military ties to the US, Goto explained.

"Japan is calling for more commitment from China and Russia too to rein in North Korea, but that may prove difficult. China after all views US Korea joint exercises as a direct provocation against North Korea," she said.

Japan’s political elite led by Prime Minister Shinzo Abe have been steadily planning in terms of constitutional changes to take a more active military role in the region, but the Japanese public remained averse to such changes, Goto observed.

"Is there appetite in Japan to bolster its defense capabilities and go into the offensive? There is a disconnect between what the Japanese policy elites want and popular opinion. Even now, Japanese are not clamoring to shoot down North Korean missiles itself," she said.

Australian foreign policy analyst Crispin Rovere told Sputnik that the North Koreans wanted to undermine Japanese confidence in the ability and determination of the United States to defend them.

"By launching this missile Pyongyang is communicating to Japan that American thresholds to conflict are not the same for its ally as for itself," Rovere said. "The United States would not tolerate missiles being lobbed over Hawaii, for example."

The continuing development of North Korea’s ballistic missile capabilities meant that Trump would soon have to face a stark strategic choice that previous presidents Bill Clinton, George H W. Bush and Barack Obama had all been able to defer beyond their periods of office, Rovere pointed out.

"Once North Korea demonstrates that it can deliver a nuclear weapon to the United States, the Trump administration will be faced with an immediate diabolical choice: accept mutual vulnerability with North Korea, or embark on a major conflict on the Korean peninsula," he said.

© REUTERS / Kim Kyung-Hoon
Berlin Calls on North Korea to Abandon Nuclear Tests
North Korea is calculating that the United States will not countenance the option of a major war on the Korean peninsula and is therefore confident that Washington has no credible military options to use against it, Rovere noted.

However, he continued, "This is a miscalculation. The Trump administration is aware that once North Korea is able to hold American cities hostage, American credibility in supporting allies in the Western Pacific will be fatally undermined."

There is still a school of thought among US policymakers that the long-term consequences of allowing a nuclear-armed North Korea outweighed even the high costs of war to prevent that condition to be allowed to exist, Rovere cautioned.

Therefore the possibility of the United States and its allies carrying out some kind of risky preemptive military action against Pyongyang could not be totally excluded, he warned.