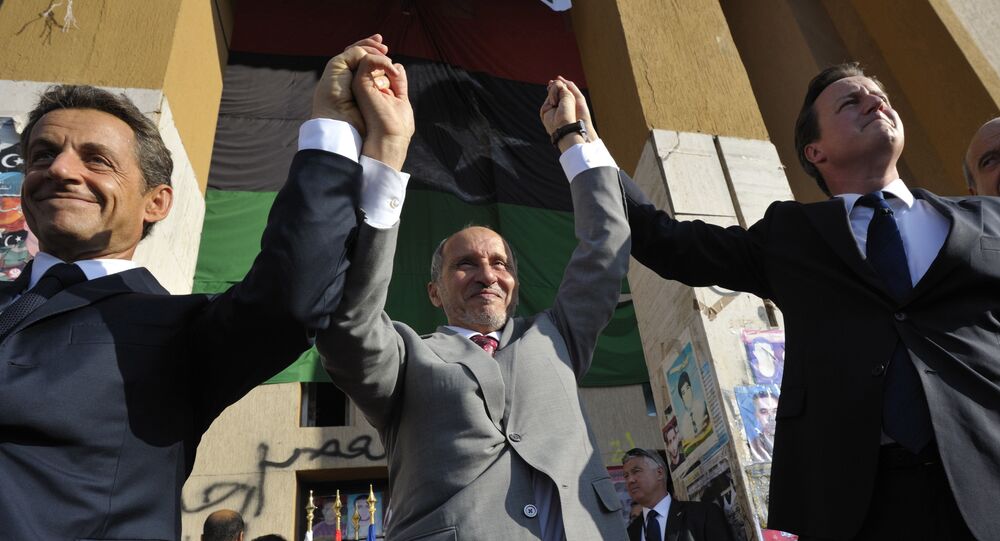 In what passes for candour on the part of a Western politician, Britain's Foreign Secretary, Boris Johnson, recently confessed that the overthrow of Libya's Muammar Gaddafi in 2011 was a disaster and tragedy for the Libyan people.

Johnson's admittance of what has long been a self-evident fact arrives over a year on from Barack Obama's admission that NATO's intervention in the country was the single biggest mistake of his presidency.

So while, yes, both Barack Obama and Boris Johnson have come close to the truth of the disaster and catastrophe that has befallen the Libyan people, brought to them courtesy of NATO, their statements do not by any means constitute the whole truth. Why?

"I think politicians in Libya need to suppress their own selfish interests," says Boris Johnson, as he offers advice on uniting a country.

​Because the state of Libya in 2017 is neither the result of a disaster or blunder or mistake, it is the result of a crime — one of seismic and historic proportions. It is a crime that involved the world's self-appointed guardians of democracy combining to unleash an imperialist assault on a country under the rubric of protecting civilians in the midst of a domestic and internal crisis, while in truth exploiting said crisis to effect regime change.

The net result of Gaddafi's overthrow was recently illustrated by the beheading of eleven people by Daesh militants during an attack on a military checkpoint south of the capital Tripoli.

It should not be forgotten that prior to 2011 Daesh did not exist in Libya, and that rather than two or three competing governments, along with various militia groups, the country was ruled by one central government whose writ ran everywhere.

The destruction of the country which ensued after NATO's air campaign in 2011 is a far cry from the fatuous boasts of former British prime minister, David Cameron, and his French counterpart, Nikolas Sarkozy, when like a couple of latter day missionaries they arrived in Benghazi as the conflict neared its climax to bask in the glory of having ‘saved' Libya from tyranny. When, during the prepared speech he gave in front of a jubilant crowd, Cameron praised the Libyan people for choosing freedom, he cemented his place in history as Britain's answer to Comical Ali.

Witnessing the scenes of wild celebration which met Cameron and Sarkozy in Libya's eastern metropolis, from where the uprising emanated in March 2011, you could not help but cast your mind back to similar scenes when another British prime minister, one Tony Blair, descended on Pristina in Kosovo in 1999, having "liberated" the province from Serbia. Just like dogs returning to their vomit, the pattern of Western leaders visiting the scenes of their crimes runs like an unbroken thread throughout the malign and blood-soaked history of Western colonialism and imperialism.

Compounding the crime visited on Libya by NATO in 2011 is the fact that in 2010 the North African country was adjudged to be in the category of high development under the auspices of the United Nations Development Program (UNDP). This categorization translated to an average life expectancy of 74.5 years, a literacy rate of 88.4%, and various other favorable social indicators.

Compare this to the situation that obtained in the country at the end of 2016, five years on from Gaddafi's overthrow and murder, outlined in a report produced by Human Rights Watch. To wit: "The United Nations-backed, internationally recognized Government of National Accord (GNA) struggled in 2016 to assert itself in the capital Tripoli, as two authorities-one also based in Tripoli and another in eastern Libya-continued to compete for legitimacy and control over resources and infrastructure."

As if this wasn't bad enough, we learn that, "Forces aligned with all governments and dozens of militias continued to clash, exacerbating a humanitarian crisis with close to half-a-million internally displaced people. The civilian population struggled to gain access to basic services such as healthcare, fuel, and electricity."

​The price paid by the Libyan people in the wake of an uprising, supported by Western government, and in which Islamists were present from the very start, is impossible to fully quantify, but it is one which stands as an indictment of what passes for foreign policy in Washington, London, and Paris.

In truth, the real agenda of London or Paris in Libya in 2011 was not to make the country safe for democracy but for their own geostrategic and economic interests. The humanitarian catastrophe that has resulted — the untold number of lives lost, crushed, and forever destroyed — could never be repaid, not by all the treasures of Arabia.

Not until those responsible for such crimes are held fully accountable for their deeds will we leave behind a world of injustice for one that is underpinned by justice. Cameron, Obama and Sarkozy have already been found guilty for their role in the destruction of Libya in the court of history. The question is: when will they be confronted with their guilt in a court of law?