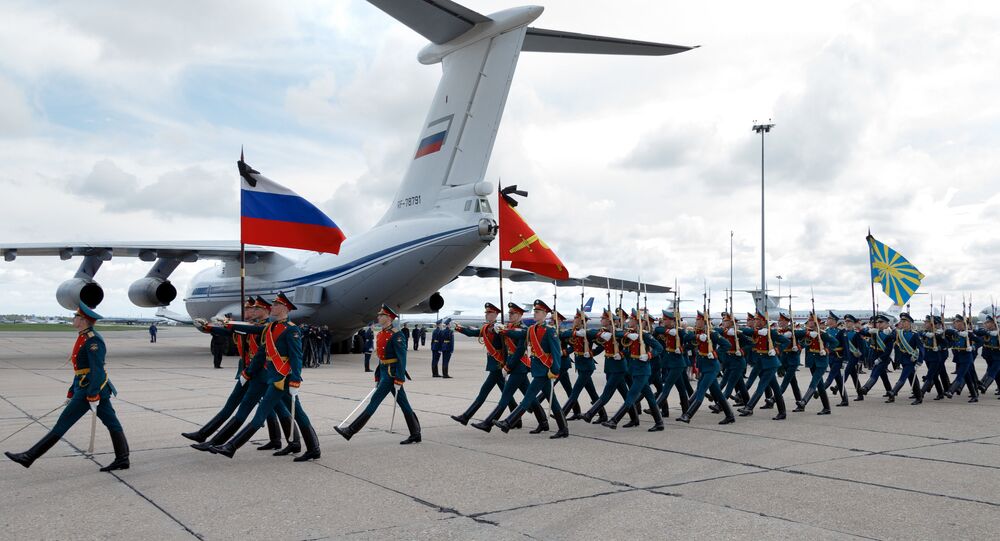 Italians from across the country supported the initiative to install a monument commemorating Russian 1st Lt. Alexander Prokhorenko, who called an airstrike upon himself in Syria when surrounded by terrorists, in the Italian commune of Vagli Sotto, the mayor of the commune, Marco Puglia, told Sputnik.

© Photo : Twitter com.
'World Should Be Proud of His Deed': Monument to Russian Hero Who Died in Syria Unveiled in Italy (VIDEO)
MOSCOW (Sputnik) — The memorial was unveiled on Sunday during a ceremony with more than 100 people present.

"This initiative was supported with great enthusiasm by the inhabitants of not only our commune, but all of Italy as well. The ceremony was attended by mayors of other communes in the province as well as representatives of Rome and southern province," Puglia said.

According to the mayor, the ceremony in the province of Lucca in the region of Tuscany in central Italy was also attended by senior military personnel.

"Almost all Italy [was represented there]. Many people could not hold back tears when the memorial was unveiled," the mayor said.

Puglia added that the commune did not expect the news to travel across Italy and to be relayed by major Russian outlets as well.

According to the mayor, the slab of marble for the statue was provided by local company, marble manufacturer Cooperativa Apuana Vagli. Apart from that, the commune paid for the memorial. Puglia said that it took sculptor Marc Levet six months to finish work on the statue. According to media reports, the sculptor said at the ceremony that he decided to capture the last few moments of the young man's life.

On March 24, 2016, the Russian Defense Ministry informed about the death of 25-year-old Prokhorenko of the Russian Special Forces who was directing a military aircraft to the targets near Palmyra during the anti-terror operation in Syria. After being spotted and surrounded by the militants, he called an airstrike upon himself, saying that he wanted to "die with dignity." He was posthumously awarded the title of Hero of Russia by the presidential decree for his courage and bravery in a combat duty. Prokhorenko’s body was sent back home and buried in the village of Gorodki in Russia’s Orenburg Region.

© AP Photo / Felipe Dana
Becoming Daesh: How Islamist Recruiters Turn Young European Girls Into ‘Breeding Machines and Sex Slaves’
Puglia, a former serviceman himself, said he was touched by Prokhorenko's last words and was very glad that the monument had been installed. The mayor of the commune added that the municipal council decided to install a statue of Russian President Vladimir Putin not far from the memorial honoring the soldier killed in the battle for Palmyra. Puglia also expressed gratitude to soldiers from Russia and other countries fighting Daesh, a terrorist group banned in Russia.

Daesh has managed to capture large territories in Syria, making use of internal conflict. However, much of the land it initially seized has been won back in the last year.

The ancient city of Palmyra was captured by IS in 2015, freed by the Syrian government forces backed by Russia almost a year later. The terrorists took control of the city again in December 2016, but were chased out of Palmyra in March this year.