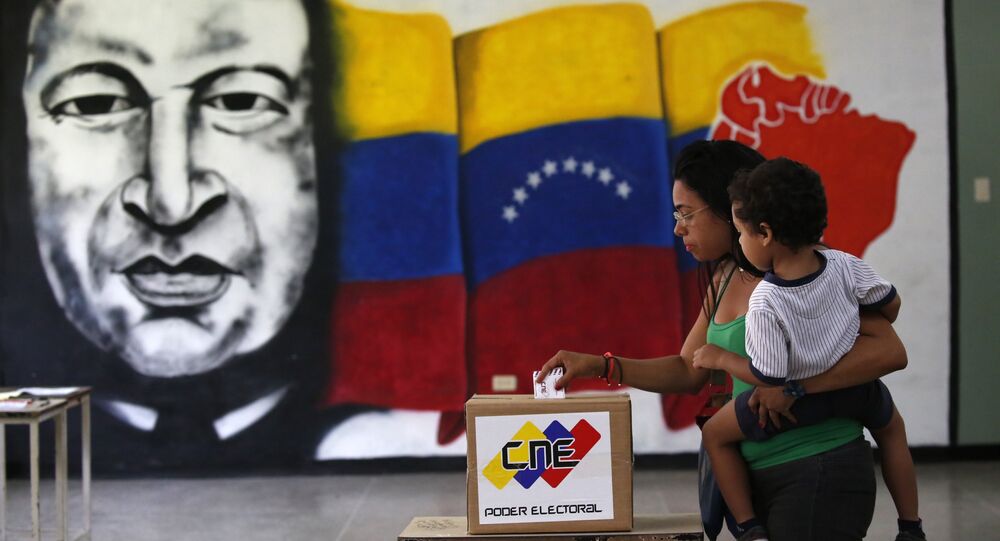 What is taking place in Venezuela is an attempt at counterrevolution. Washington wants "its" country back, which is why it is providing both overt and covert support to an opposition determined to return the country to its previous status as a wholly owned subsidiary of the United States.

What needs to be emphasized is that in establishing a Constituent Assembly, Venezuelan President Nicolas Maduro is acting in full accordance with the country's constitution. To wit:

"Article 348: The initiative for calling a National Constituent Assembly may emanate from the President of the Republic sitting with the Cabinet of Ministers; from the National Assembly, by a two thirds vote of its members; from the Municipal Councils in open session, by a two-thirds vote of their members; and from 15% of the voters registered with the Civil and Electoral Registry."

As to the opposition's attempts to derail the establishment of the Constituent Assembly with street protests, rioting and a call for a nationwide boycott of the election of delegates to the new assembly, these have been undertaken in contravention of the Constitution, of which Article 349 stipulates: "The President of the Republic shall not have the power to object to the new Constitution. The existing constituted authorities shall not be permitted to obstruct the Constituent Assembly in any way (my emphasis)."

It goes without saying, of course, that people cannot eat a constitution. With food shortages, a shortage of medicines, and rampant inflation the norm, only the most foolish would attempt to suggest that Mr. Maduro and his government have no questions to answer over a crisis that has turned Venezuelan society upside down.

© REUTERS / Christian Veron
People stand in line to cast their votes at a polling station during an unofficial plebiscite against Venezuela's President Nicolas Maduro's government and his plan to rewrite the constitution, in Caracas, Venezuela July 16, 2017

But those questions are not the same as the ones being asked amid the welter of anti-government media coverage in the West. In what has been tantamount to a frog's chorus of condemnation, Maduro and his government have been calumniated with the kind of vituperation reserved only for those who dare embark on a program of wealth redistribution in favor of the poor and working class. For such people socialism is anathema, a mortal threat to their conception of freedom as a mechanism by which, per Thucydides, "the strong (rich) do what they can, and the weak (poor) suffer as they must."

Here is CNN's treatment of the election, held on 30 July, to mandate the establishment of the Constituent Assembly. "Critics in Venezuela and abroad argue a Maduro mandate would erode any last signs of democracy in the country. 'It would give the government the opportunity to turn Venezuela into a one-party state without any of the trappings of democracy,' says Eric Farnsworth, vice president of the Council of the Americas, a business association."

Two things stand out in this passage. The first is the claim that the Constituent Assembly is undemocratic. Given the aforementioned articles of the country's constitution this is entirely false. The second is Mr. Farnsworth's position as "vice president of the Council of the Americas, a business association."

The Council of the Americas is an organization based in the United States with offices in Washington DC, New York, and Miami. In its mission statement it describes itself as "the premier international business organization whose members share a common commitment to economic and social development, open markets, the rule of law, and democracy throughout the Western Hemisphere."

Reading this passage, you will struggle to find a more concise, if cryptic, support for free market capitalism and the rights it confers on the rich to exploit the poor in the name of democracy. As author George Ciccariello-Maher points out, "the opposition's undemocratic aspirations come draped in the language of democracy."

Moreover, when we learn that US Vice President, Mike Pence, has been in direct contact with Venezuelan opposition leaders, our collective memory should immediately transport us back in time to Guatemala in 1954, Indonesia in 1965, Chile in 1973, and of course Ukraine in 2014 — previous examples where the US has actively supported coups that have unseated leaders with the temerity to refuse to obey their imperial overlord.

It really isn't rocket science, especially in the case of a country where a Washington-backed coup was previously attempted and failed in 2002.

For a country whose economy is dependent on the price of oil, such a seismic drop can only produce an equally seismic economic shock. Crucially, with oil being Venezuela's only export commodity of note, the crisis has exposed structural weaknesses in the economy that long predate the arrival on the scene of Hugo Chavez never mind his successor, Nicolas Maduro.

© REUTERS / Miraflores Palace
Venezuela's President Nicolas Maduro speaks during a meeting with businessmen in Caracas, Venezuela January 9, 2017
As mentioned, though, the Maduro government is not without blame for the ongoing crisis. Returning to George Ciccariello-Maher, we learn that a "failing system of currency controls governing the distribution of oil income was never fully dismantled. The result was a destructive feedback loop of black-market currency speculation, the hoarding and smuggling of gasoline and food, and an explosion of already rampant corruption at the intersection of the private and public sectors. Confronted with street protests and food shortages, Maduro responded erratically, supporting grassroots production by communes while simultaneously courting private corporations in a bid to keep food on the shelves."

What is crucial to understand is that events in Venezuela are not taking place in a vacuum. This oil rich country, once a beacon of hope for the continent's poor, indigenous, and oppressed with the coming of Hugo Chavez to power in 1999, is experiencing the particular challenges involved in trying to create an island of socialism surrounded by a sea of US-dominated capitalism.

Its vulnerability to the volatility of oil prices merely confirms the presence of large reserves of oil can distort rather than enhance a nation's economic development, particularly in the Global South where economic diversification bumps up against the reality of the domination of global markets by Western financial institutions and corporations.

In the last analysis, it is capitalism not socialism that has failed the people of Venezuela. However socialism is being made to carry the can.

Venezuelan President Says Proud of Sanctions Imposed by US